Action for Children and Merlin top the IoF Awards

Action for Children won two awards and one of its volunteer fundraisers won a third at the Institute of Fundraising's National Awards last night.

The children's charity won Fundraising Team of the Year and Most Committed to Learning and Development. Barbara Smith, who has supported the charity for more than 70 years, also won Volunteer Fundraiser of the Year.

The international health charity Merlin won two awards – Best Use of E-media for its Plumpy Nut Challenge, a campaign about malnutrition, and Best Use of Face-to-Face for its Life or Death – Merlin PSMS Measles campaign. 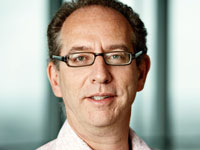 Alan Gosschalk (right), director of fundraising at the disability charity Scope and former acting chair of the Institute of Fundraising, won the Lifetime Contribution award.

The award for Child Fundraiser of the Year was won by Bethany Hare, who was nominated by the Martin House Children's Hospice.

The British Heart Foundation won the award for Most Innovative Fundraising Campaign for Love Installations, which asked people to attach messages of love to large sculptures in return for donations.

The winner of Best Donor Development Campaign was the Royal British Legion's Fields of Remembrance 2012, which paid tribute to servicemen and women. The educational charity the Outward Bound Trust won Best Fundraising Organisation to Work For.

Scope won Best Use of Major Donor Fundraising for its Retail Expansion Product, and Cancer Research UK took Best Use of Insight for its Dryathlon, which challenged people to give up alcohol in January and donate the money they saved.

Breakthrough Breast Cancer won Best Use of the Telephone for Touch Look Check, and Save the Children took Best Use of Legacy for its Integrated Legacy Prospecting Campaign 2012.

- See photographs of the awards