From its origins as a sponsored bike ride, Help for Heroes has become one of the most recognisable charities in Britain. Mathew Little reports

Created barely four years ago, Help for Heroes has achieved astonishing growth. Many other charities have struggled in the tough economic climate, but the charity for British military personnel injured in conflict has tripled its income from £14.6m in 2008 to more than £45m in 2010.

The achievement is even more amazing given that Help for Heroes was originally intended to be a single sponsored bike ride to raise £500,000 for a swimming pool at Headley Court, the Ministry of Defence rehabilitation centre for injured service personnel in Surrey. "There was no other charity at the time that had the charitable objects that could accept our money," says Bryn Parry, a former captain in the British Army, who founded the charity with his wife Emma. "In order to fulfil our task we had to form a charity – and that’s where we started." 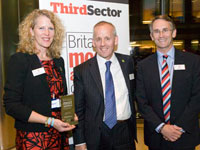 The desire to create a dedicated charity to support injured military personnel was reinforced by a visit in July 2007 to the NHS hospital in Selly Oak, Birmingham, where many wounded service personnel are treated. "We were devastated by what we saw and realised then that what was originally going to be a single bike ride was probably going to become
a lifetime – which is what has happened," says Parry.

The timing was perfect. "My own feeling is that in the summer of 2007 the British public wished to support the young men and women in the armed forces but felt that war itself was not something they wanted to support," says Parry. "We separated the rights and wrongs of conflicts from the need to support the young man who simply serves his country and is sent to war."

Parry also thanks TV presenter and founder patron Jeremy Clarkson and his wife Francie for raising the charity’s profile and securing backing from The Sun newspaper. "Their celebrity support and their connection to other celebrities meant that our profile was quite extraordinary when we started," says Parry.

He emphasises that Help for Heroes spends almost all the money it raises. Of £110m raised so far, £108m has been spent or allocated to be spent. "Unlike a lot of charities, we are not sitting on an endowment," he says.

The charity relies on the public taking part in fundraising events such as bungee jumping or chest-waxing to raise money. It also has a trading arm, employing 43 people, that sells products ranging from flags to branded dog bowls. Last year, it made £2.7m net income, all of which was donated to the charity.

The organisation has become so high-profile that the silhouetted image of two soldiers carrying a wounded colleague on a stretcher has become one of the most instantly recognisable charity logos in Britain.

But the brand and the fundraising have one purpose. In June 2010, the charity opened an £8.5m rehabilitation complex at Headley Court. It has invested £70m in building recovery centres in five locations around the country. The residential centres are intended to give injured personnel work skills and advice on issues such as finance and relationships. There is a £6m quick-reaction fund to give help within 72 hours and another £6m to assist with adaptation to civilian life.

The charity is collaborating with other third sector organisations. A £3.5m grant has been awarded to Combat Stress for the expansion and modernisation of a treatment centre. The Royal British Legion is also providing some of the running costs for the recovery centres.

Parry believes that the charity has been so successful because there has been a pent-up desire to help injured military personnel. "We raised our hands and said ‘this is what we want to do – is there anybody out there who feels the same?’" he says. "And millions of people did." 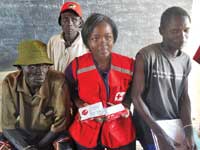 The British Red Cross has faced one of the most challenging years in its recent history. An estimated 10 million people have been affected by severe drought in east Africa, which has led the organisation to mount one of its biggest aid operations ever. By July this year, the charity had given £750,000 to the East Africa Crisis Appeal – enough money to provide 8,225 families with cereals, pulses and vegetable oil for a month.

The charity also responded to the earthquake and tsunami in Japan. Civil uprisings in the Middle East placed further demands on its emergency assistance services.

In total, the charity reached 950,000 people in more than 20 countries through its programmes to help vulnerable communities in 2010. It also supported 439,600 people in the UK with health and social care services. 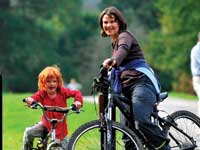 The National Trust’s membership continues to grow at an impressive rate. More than four million people are now members, the highest number in the organisation’s history. Income rose to £406m in 2010, compared with £387m in 2009, helping the trust to look after more than 300 historic houses, 250,000 hectares of land and 700 miles of coastline.

The trust launched the campaign Planning for People this year to raise awareness of the impact of planning law changes on the countryside. More than 200,000 people have signed its petition opposing the proposals.