The director of the Prison Reform Trust is a dedicated campaigner for the better treatment of prisoners, writes Femke Colborne

Since Juliet Lyon was appointed director of the Prison Reform Trust 11 years ago, the charity has become one of the most influential organisations involved with the criminal justice system, campaigning tirelessly for better conditions for prisoners and using research to confront and influence politicians.

Before joining the trust, Lyon had been associate director of the Trust for the Study of Adolescesce, which became Young People in Focus, and knew all too well about the importance of obtaining hard statistical evidence to support your argument. The use of such evidence has been key to the Prison Reform Trust’s success in lobbying for change. 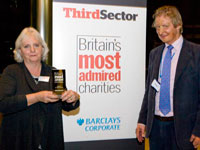 "The trust is taken seriously because we do our best to use reliable evidence and clear and accurate information," says Lyon. "We place more store on evidence and information than on opinion. It doesn’t matter what we think – it’s about the evidence. That’s the reason we are seen as a charity of substance."

During Lyon’s tenure, the Prison Reform Trust has campaigned strongly, through its Out of Trouble campaign, for a reduction in the use of youth custody. Youth custody levels are now about 30 per cent lower than when Lyon started at the trust. The charity has campaigned with the Women’s Institute to stop the imprisonment of people who are mentally ill, helped to reduce the cost of phone calls from prisons and offered a daily advice service.

Lyon has become a familiar voice in the media on the justice system. She believes that maintaining a high profile has contributed significantly to the charity’s success. "We have really tried to focus on communications," she says. "We have learned to work well with the media and we take the time and trouble to nurture those relationships.

"There is a lot of interplay between politicians and the media. We want to be visible to politicians, so we make sure we have messages in the media as much as possible."

Lord Ramsbotham, former Chief Inspector of Prisons, first got to know Lyon when he invited her to brief his inspectorate after a damning report on Holloway Prison in London highlighted problems with suicides in the prison.

"She had an acute understanding of prisoners as people and instantly conveyed concern for how they were treated," says Ramsbotham. "Even someone as experienced as Michael Howard left the briefing saying that he’d had no idea about some of these problems. That performance was typical of the thoroughness and humanity with which she approaches everything."

Humility might be her watchword, but according to Ramsbotham, Lyon also knows how to be sharp and critical. "She is someone whom the government knows it has to consult," he says. "Her views are worth listening to and the government would be very foolish not to take them into account. Woe betide anyone involved with the criminal justice system who doesn’t listen to her."

Ramsbotham has nothing but praise for the way Lyon has led the trust. "It has a reputation that is second to none," he says. "It is the most influential organisation in the sector, and people sit up and listen to what Juliet says."

Despite becoming such an influential figure in the justice field, Lyon keeps directly in touch with people she is there to represent.

"I am usually in a prison every couple of weeks, talking to the prisoners and staff," she says. "Seeing is believing, and that is an important element of what we do. People who have seen things first-hand have a touch of humility because they realise how hard it is, and humility makes for a better working relationship with the people you are trying to support." 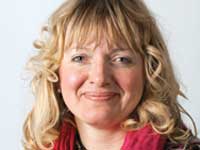 Catherine Johnstone has been Samaritans’ chief executive for only two years, but has achieved a great deal in that time. Since taking the helm on a full-time basis in July 2009, she has overseen the implementation of the charity’s six-year strategy, Taking the Lead to Reduce Suicide, and also helped to forge a partnership with Network Rail to help reduce the number of suicides on the railways. More than 1,000 of its staff have received Samaritans’ suicide prevention training, and the number of deaths fell by 11 per cent between 2010 and 2011.

Under her leadership, the charity has been able to continue its 24-hour support, despite challenging funding conditions. The charity is contacted more than five million times a year – once every five seconds. 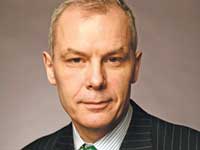 Eight years into his tenure as chief executive of gay rights charity Stonewall, Ben Summerskill continues to lead the organisation with vigour. Over the past year, the charity has pressed for better training of teachers on gay issues and called for more action to be taken to prevent homophobic bullying in schools. The charity also continues to attract high-profile figures from within the gay community, such as the actor Sir Ian McKellen, to support its campaigns. Summerskill himself remains one of the most high-profile figures in the third sector, regularly commenting on issues in the media.