Analysis: 'An emphasis on regulation and a move toward the right'

Sector experts find a lack of charity expertise among the six new members of the Charity Commission board, which include Nazo Moosa

-This story has been corrected: see final paragraph

New appointments to the Charity Commission board made earlier this month have brought a mixed reaction from sector leaders and charity lawyers. Some see them as a move to the political right and a weakening of sector expertise, others as an attempt to strengthen the commission’s regulatory powers in response to its mishandling of the Cup Trust charity, widely seen as a tax-avoidance vehicle.

The Cabinet Office received 270 applications for the six positions on the board. An interview panel chose 13 to be considered by Cabinet Office minister Francis Maude, who made the final selection: Peter Clarke, a retired senior police officer; Claire Dove, a social entrepreneur; Nazo Moosa, former director of an 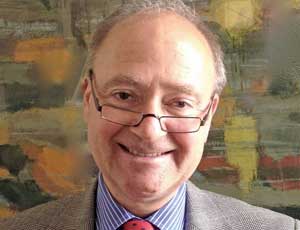 asset-management firm; Gwythian Prins (right), a research professor at the London School of Economics; Orlando Fraser, a barrister; and Tony Leifer, a retired solicitor. All will be in place by 16 July.

The interview panel included William Shawcross, chair of the Charity Commission, and Helen Stephenson, director of programmes at the Office for Civil Society. Also on the board was Lord Bew, a crossbench peer and chair of a number of charities, and John Wood, a current legal member of the board. Wood is a former head of charities at Herbert Smith Freehills solicitors and was interim chair of the commission when Dame Suzi Leather stood down in 2012. 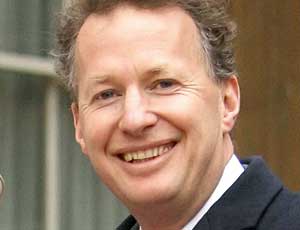 Wood and his fellow legal board member Simon Wethered both have experience in charity law – Wethered was once a partner at Charles Russell solicitors. However, neither of the two new legal board members, Fraser and Leifer, have a background in charity law specifically. Leifer is a former partner at the media law firm Olswang, which claims The Guardian newspaper as one of its clients. Fraser (right) is a barrister with commercial fraud and trust litigation experience in Guernsey, Nevis, Dominica and the British Virgin Islands.

Ann Phillips, chair of the Charity Law Association and a partner at Stone King solicitors, says that Fraser’s knowledge of commercial fraud suggests his appointment reflects the commission’s desire to strengthen its regulatory expertise. "It’s clearly a move away from having a legal expert who is primarily a charity specialist," she says. 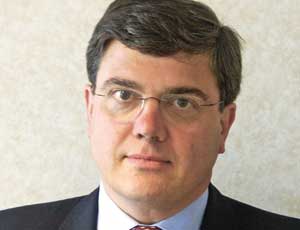 eter Clarke (right), a retired police offer, was head of the Anti-Terrorist Branch in the Metropolitan Police and National Coordinator of Terrorist Investigations. He was responsible for royal protection at the time of the death of Diana, Princess of Wales in 1997 and head of the Anti-Terrorist Branch at the time of the London bombing on 7 July 2005. Since his retirement in 2008, Clarke has called for tougher legislation on terrorism.

Phillips says Clarke’s appointment might again reflect the commission’s desire to be a more powerful regulator. But Debra Allcock Tyler, chief executive of the Directory of Social Change, says Clarke’s skills won’t help in regulating the majority of the sector. "What he is going to be interested in is the tiny minority of charities where there is a risk of some sort of terrorist activity," she says.

Rosamund McCarthy, a partner in the law firm Bates Wells & Braithwaite, says the appointments of Leifer, Fraser and Clarke leave a lack of charity expertise on the board. "I understand the need to have counter-terrorism and fraud expertise," she says. "But with notable exceptions, the appointments have less of the in-depth knowledge of the sector that one might expect."

Allcock Tyler, and other experts talking off the record, question what the fourth appointee, Professor Gwythian Prins, will bring to the board. He appears, they argue, to have similar skills and interests to the commission’s chairman, an author specialising in geopolitical affairs. Prins, who has a history degree from Cambridge, was a senior academic adviser to the Defence Academy of the United Kingdom and a member of the Chief of the Defence Staff Strategy Advisory Panel. He has published on military and strategic issues and, like Shawcross, was a supporter of the Iraq war.

Few of those consulted know much about Nazo Moosa, who has a commercial background with experience in asset management and technology. She was chair of BMM, a digital marketing company, and a board member of LBi, a digital agency. She is currently non-executive director of Himex Limited, a financial services company.

The one person on the board with sector experience is Claire Dove, who, says the Cabinet Office, has 25 years of experience as a social entrepreneur. Her appointment, Phillips says, is "really welcome". But Allcock Tyler says that having one sector specialist on the board is not enough: "Out of all six, only one has clear experience of running a charity – it’s ridiculous."

McCarthy agrees there is a lack of sector expertise on the board and fears that politically driven appointments could damage the commission. "From these appointments, including the chair, it is possible to see a move to the right of the political spectrum," she says. "The danger is that the commission becomes a political football."

The commission, however, says it is confident that its new board will bring "a rich mix of insight and expertise from inside and outside the charity sector".

- The story orginally said Orlando Fraser was educated at Eton and Oxford. In fact he went to St Paul’s Independent School in London and Fitzwilliam College Cambridge. Apologies.