Analysis: The many approaches to opt-in

One of the biggest challenges for charities arising from the General Data Protection Regulation, due to come into force on 25 May next year, is the requirement for charities to prove they have "freely given, specific, informed and unambiguous" consent from the people they wish to contact.

In some circumstances, charities can rely on the fact that they have a "legitimate interest" in contacting people, and some in the sector have argued that the Information Commissioner's emphasis on "opt-in" consent is a misinterpretation of the rules.

But whatever the merits of this argument, many charities are choosing to play it safe by asking donors and supporters to "opt in" to receiving communications from them: those who don't will no longer be contacted.

For new supporters, the process of changing sign-up forms and processes to ensure they allow people to opt in is relatively straightforward. But for pre-existing supporters, whose information might have been on a charity's database for years, the process of contacting them and getting opt-in consent can be much more complex.

The Information Commissioner's Office has said that contacting someone to ask whether they are happy to receive fundraising or marketing material will itself count as marketing after 25 May next year, which means any opt-in requests will have to be made before then.

Some charities have started to contact donors and supporters to seek permission to send them fundraising and marketing materials in future, but others are yet to start that process.

Here we ask three charities of differing sizes about how they are seeking consent from donors and supporters.

CRUK raised £433.1m in the year to 31 March 2016, making it the UK's largest fundraising charity. It thus faces a mammoth challenge in trying to convince its millions of supporters to agree to receive its communications.

Graham White, CRUK's director of individual giving, says the number of supporters the charity has contacted about opting in stretches into the millions, but he won't give an exact figure. One piece of advice he has for other charities, he says, is to assume nothing. "We assumed a certain level of understanding of opt-in in the beginning," he says. "It's not that hard to understand, but people don't walk around every day talking about it. It's just not something that's important to them."

He draws a parallel with the switch from analogue television to digital, which began in 2007. Despite the simplicity of the process, he says, the government gave itself six years to communicate its message and persuade people to take action. CRUK does not have six years to switch to opt-in, so getting started as soon as possible was important, White says. The charity began with an awareness-raising poster campaign in the press and social media in February. "We've got a wide supporter base who consume media in different ways," he says. "The press is the medium used primarily by older supporters; the younger supporters tend to respond more to social media activity, so we tailored our communications: we made a video to share on social media, for example."

From April, all new supporters were asked to opt in by whatever channel they used to approach the charity and the first opt-in-specific mailing went out the same month. "We have in excess of 150 touch points with our supporters that we need to use to make sure they are aware of their options," White says.

As well as getting in touch by phone, email and post, CRUK is also talking to supporters at Race for Life events and at shops. Shop assistants have been wearing badges sporting the opt-in campaign's slogan, "Did you know a tick can help beat cancer sooner?", to encourage people to get engaged in conversation.

The charity wants the campaign to be a two-way conversation and the wording of the awareness campaign and the opt-in requests is tailored to different groups depending on which medium they're being contacted in. "We did some research with our supporter base to understand what works with different groups and what turns them off," White says. "But the key thing across all those communications is that it's never patronising. It's got to be a language that sets up a partnership frame of mind." 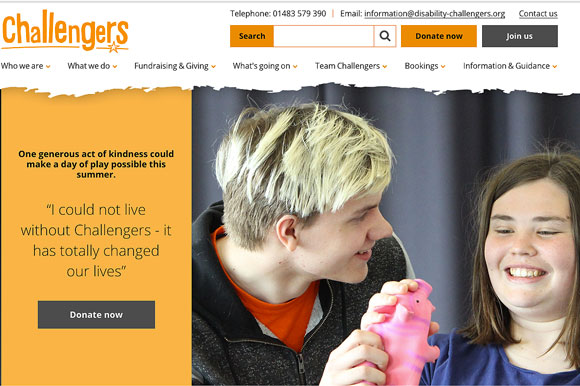 Disability Challengers provides play and leisure activities for children with disabilities in London and the south east. It had an income of £2.9m in 2015 and employs about 120 staff. It hopes to be opt-in-only by the end of 2017.

The charity started sending out opt-in requests in April. Sophie Colewell, head of events and communications, who is leading the switchover project, says: "When we sat down to plan, it seemed overwhelming. I went on training courses, and so did our trustees. That was really good because they were engaged.

"On our tight budgets, we couldn't employ anyone specifically to work on this, so we've had to filter it into people's existing roles. We looked at what Cancer Research UK was doing and adapted it. The biggest difference is that we don't have an automated system: we have to manually fill in supporters' responses."

The charity carried out what Colewell describes as a "mapping exercise", looking at all the different kinds of communication people received from the charity. This involved creating a map to work out what communications it was already sending out and how they could be categorised: whether a supporter would see the communication as a fundraising email or an update on the charity's work, for example.

It then separated the people listed on its database into six categories depending on its relationship with them and is sending out opt-in requests to one category a month, says Colewell. The charity has sent them to ex-staff and to those marked "individuals", which includes supporters and those who've raised money for the charity in the past, but aren't, for example, parents of beneficiaries, who will be contacted separately.

So far, the charity has relied only on email, but will return to look at cases where no email address is available and consider contacting them by post later in the year.

Colewell says the emails have been written in a warm and friendly way to reflect its organisational values and make it clear that it can't operate without it supporters. "We email them three times in the month asking them to opt in," she says. "If they don't, we remove them. In the most recent batch, we emailed more than 3,000 people and got 700 to 800 replies saying they want to hear from us."

That relatively small numbers of people responded was "initially quite scary", Colewell says, but the charity is trying to view it positively: "Those people who have responded really want to hear from us: they're invested in Challengers and are really going to support us. To other charities I'd say don't it leave too late." 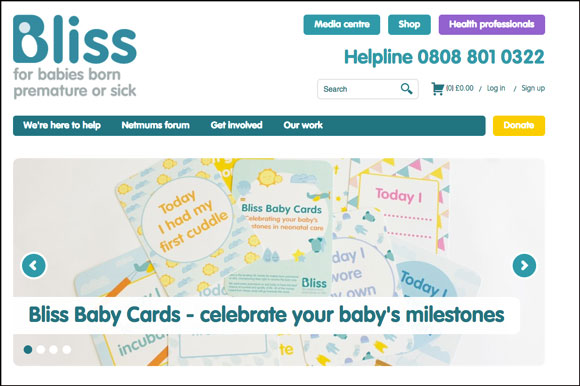 One of the biggest challenges of moving to opt-in was the cost of sending out a dedicated mailing requesting consent, says Rachel Hedley, head of supporter engagement. So it piggybacked the request into its twice-yearly magazine, which goes out to 14,000 of its supporters, by including a "supporter opt-in appeal" flyer in the same mailing, which went out in May.

"It's too early to say how successful it has been," says Hedley. "We're just processing the return mail from that now and there's been a good response so far. The plan is to do some follow-ups by phone with people who haven't responded. An email version will go to those supporters we know will respond better to email than to post."

Hedley says Bliss has carved the year up into traffic-light zones. "At the moment we're in the green area, and we've got time to re-contact these people and make sure we've captured whatever way they want to be communicated with," she says. "By the time we get to next spring we'll be in the red zone and there will be much more urgency in our communications."

But Hedley says it hasn't designed the entire process from start to finish because it wants to reassess its approach based on results. "We realised only after we started that our registered volunteers need to be opted-in in a slightly different way from our supporters. We can't just take a larger charity's model and apply it, because we're working with a different set-up, different scale and different supporters. You can learn from them but adjust it for your own supporters: you will understand who they are, why they support your charity and what will persuade them to continue."