Analysis: Is campaigning alive and well?

The National Trust has been campaigning against government planning policy, but many charities shy away from entering the political arena. If they follow their core purpose they are on safe ground, writes Andy Hillier

"Cameron 'relishes' planning war with the National Trust," reads one Daily Mail headline in mid-September. An autumn issue of the New Statesman dubbed the fervent opposition to government proposals to simplify and speed up the planning system as "Cameron vs the shires".

This public spat between the UK's largest membership charity and the government, fought in the pages of the national press, has become so intense that the Prime Minister himself intervened by writing to the National Trust in late September to reassure its members that the planning reforms would provide "appropriate protections for our magnificent countryside" (see Interview). 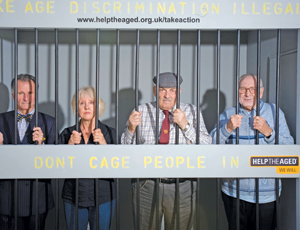 Campaigns that pit charities directly against government policy rarely reach this level of intensity, but are not entirely unusual. In April 2009, the government stopped charging cancer patients for prescriptions after a four-year campaign by the charity Macmillan Cancer Support. Help the Aged's Just Equal Treatment campaign also led to the introduction of measures against age discrimination in the Equalities Act 2010.

The Charity Commission's document CC9, Speaking Out: Guidance on Campaigning and Political Activity by Charities, published in March 2008, makes it clear that charitable organisations are within their rights to "campaign for a change in the law, policy or decisions" as long as such a change "would support the charity's purpose" and as long as they don't give general endorsement to a particular political party.

Nonetheless, the issue of devoting charitable resources to lobbying for change remains controversial, not least among politicians. When in opposition in January 2010, Oliver Letwin, now a Cabinet Office minister, told delegates at the National Council for Voluntary Organisations' campaigning conference that he regretted that "so much effort of some parties in the voluntary sector is devoted to campaigning". He added: "They are free to do it, but what I treasure about the voluntary sector isn't its campaigning role. Its special contribution is to do something to change things and solve problems." 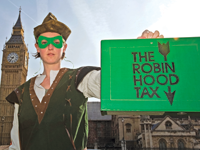 By contrast, Lisa Nandy, the Labour MP for Wigan and former policy adviser at the Children's Society, emphasised the importance of campaigning by charities at a fringe event at last week's Labour Party conference. "When you work in the voluntary sector and deliver services to the most vulnerable people, you absolutely have to speak up, you have to campaign," she said. "Sometimes you're the only people who know. If nobody else is saying it, you have to say it."

Brian Lamb, co-author of the Good Campaigns Guide and chair of the NCVO's campaign effectiveness board, believes that charities need to re-evaluate the way they lobby for change now that the coalition government is in power. "Charities have got used to having a huge amount of access to government over the past 13 years of the Labour government," he says. "I think that they were scared of losing a lot of that when the government changed. That has made them more hesitant in recent times."

But he argues that governments take notice of high-profile campaigns, such as the National Trust's Planning for People initiative, that "stand up and articulate a very powerful point of view". 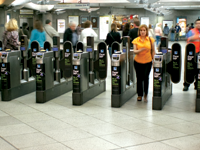 Ben Wittenberg, director of policy at the Directory of Social Change, also believes that more charities should follow the lead of the National Trust and challenge the government publicly. "It's almost refreshing to see a charity being so open and public," he says. "A lot of the campaigning takes place behind closed doors, especially when it comes to trying to change policy."

Challenging central or local government can be easier for charities that do not rely heavily on state funds, says Lamb, but those that do receive public funds should not be deterred from campaigning. "It's a mistake to think that, just because a significant proportion of your money comes from the state or local authorities, you shouldn't campaign," he says.

The way charities are funded can also heavily influence the way they campaign, says Wittenberg. "While it might be more effective to run a high-profile and aggressive campaign, charities often feel that they need to play the long game and sit around the table and talk to the opposing side," he says. 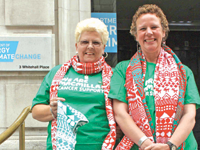 Campaigning by its nature can be time and resource-intensive, potentially taking money away from beneficiaries, but Lamb argues that campaigning can create demand for a charity's services and raise its profile. "It is often assumed that campaigning is the luxury that can be dispensed with or curtailed in times of difficulty. But that's short-termism on the part of charities," he says.

Read Interview with Fiona Reynolds, director-general of the National Trust