Analysis: Celebrities and their favourite causes

How much do we really know about why celebrities support charities, and how should charities handle their famous supporters? Andy Ricketts looks at new research

Celebrity culture has a grip on society like never before. It's not unusual for several or all of the national tabloid newspapers to carry celebrity news on their front pages on any given day, and the public's appetite for such stories shows no sign of abating.

Many charities try to make the most of this by recruiting famous names to support their latest campaigns or fundraising events. But how do celebrities feel about the way they are treated by charities? 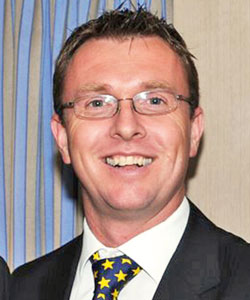 Sean Kelly (right), director of fundraising at the charity Sparks, which funds research into conditions affecting babies, children and mothers-to-be, felt there was a lack of empirical evidence about celebrity support for charities. So, as part of his master's degree in charity resource management at Sheffield Hallam University, he researched and wrote a dissertation about what motivates celebrities to support voluntary organisations. The results, in The X Factor: What Motivates Celebrities to Support Third Sector Organisations, raise some important considerations for charities, he tells Third Sector, not least the importance of both parties making sure they suit each other before they work together. "When you want to align yourself with a celebrity, take some time - it is a big deal," he says. "There needs to be a whole process that makes sure there is a good fit in both directions."

He advises getting a written agreement - but not a formal contract - with the celebrity that clears up potentially awkward questions such as the payment of expenses, which some celebrities will expect. Such agreements might also cover whether the charity is happy for the celebrity to express support for other charities that work in similar cause areas. Kelly also suggests that charities should offer different "modes of engagement" for celebrities because many are pressed for time. This could mean inviting them to attend an event or donate items for auction - relatively quick and easy commitments that nonetheless raise funds for the cause. He also says that charities should prepare contingency plans in case celebrities pull out of events at the last minute. 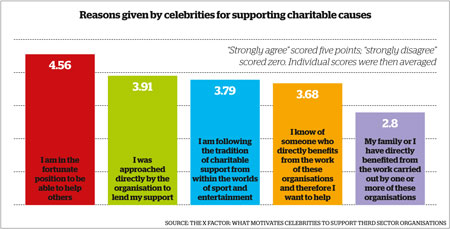 In his dissertation, Kelly says he has "experienced a regular lack of commitment from some celebrated individuals when they withdraw their support from events at short notice". So he suggests charities should consider measures such as inviting extra participants, reconfirming attendance by telephone the day before an event and providing transport to and from the venue.

His dissertation was based on face-to-face interviews with eight famous people and an online survey completed by more than 200 celebrities, most of whom are supporters of his own charity, Sparks, but help other charities in various ways as well. Sixty per cent of respondents said they supported between one and five charities, 33 per cent between six and 10, and 5 per cent said they supported more than 20.

The questionnaire asked the celebrities to name up to three charities they supported. The respondents said they had supported the charities they listed for an average of between 11 and 13 years, which might surprise those who believe that celebrities like to support the latest fashionable cause and are not in it for the long haul.

More than 38 per cent named children and youth charities in the first slot - almost twice as many as named the cause area that came second, medical research. Health charities came third with slightly less than 10 per cent, and no other type of charity from the 33 categories on the questionnaire scored more than 4.9 per cent.

Charities that support people with learning disabilities or mental health problems were only mentioned four times in any of the three slots, and only one charity that works with deaf people was named. The fact that celebrities in the survey were largely Sparks supporters could explain the huge discrepancy, but Kelly points out that the average number of charities the celebrities said they supported was six - so they would not necessarily have listed Sparks in response to this question.

Kelly's research also casts some light on why new or smaller charities can struggle to attract celebrity supporters. "The endorsement of non-credible or badly governed charities was a key concern for many participants, and might explain why many celebrities choose not to engage with new or smaller organisations and instead take the safety-in-numbers approach, gravitating towards organisations that have large stables of celebrity supporters and evidence of previous celebrity endorsements," it says.

It also says some celebrities are "more likely to support organisations that demonstrate good governance, therefore offering peace of mind to the endorser". It points out that endorsement is a two-way street, and positive or negative coverage for either side can rub off on the other.

Perhaps surprisingly, Kelly's research also shows that a strong link to a cause was the least important factor among nine suggested reasons that celebrities supported particular charities.

He asked the celebrities to rank, on a five-point scale, whether they agreed with statements about their support for charities, where "strongly agree" would score five points and "strongly disagree" would score zero (see chart above). The two that scored the lowest on average were "my family or I have benefited from the work carried out by ...", and "I know of someone who directly benefits from the work of these organisations".

The joint highest-scoring motivation was "I am in a fortunate position to be able to help others", along with a statement about everyone deserving an equal opportunity in life. 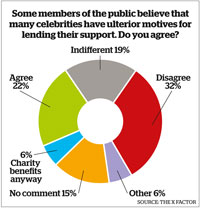 The celebrities also gave a variety of views on whether some of them used charities to promote themselves more than the charity (see chart right). About a third said celebrities did not do this, but 22 per cent agreed that some did; and a further 6 per cent said it did not matter, providing the charity benefited.

"I feel certain celebrities always find time to turn up when the TV cameras are there," said one. Another said: "There are some celebrities out there who do this, and I do not approve of it." But another said that "public perceptions are naive and poorly formed".

A fourth said: "If they believe celebrities have ulterior motives, I think that's sad." And a fifth said: "If the charities benefit, I don't think it should matter what motivation the celebrity has." 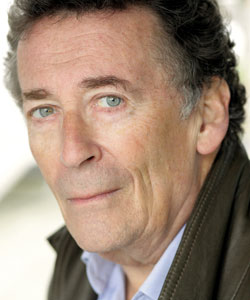 The actor Robert Powell is a long-standing supporter of charities including Sparks, the Roy Castle Lung Foundation, the Lord's Taverners, Marie Curie Cancer Care and the Make-A-Wish Foundation.

He got involved as a young man with Sparks and then the Lord's Taverners because they gave him the opportunity to play cricket. But he says the support he offers has changed with time. "You join for one reason - that they provide you with a bit of fun in a sporting outlet," he says. "Over 30 years you get more involved in the working of the charity."

Powell says he receives many approaches from charities asking for his help, but these days they tend to be small, new charities because he has spoken to all the major ones in the course of his career. "Someone has a loss of some kind and they set up a charity," he says. "I try to avoid getting involved with those because they are covering the same work that the bigger charities are doing rather adequately."

He says he is "really rather full up now. It would have to be extraordinary for me to get involved - they do take quite a lot of time."

Powell says charities that want celebrity supporters should keep their eyes open. "It's a question of the charities doing a bit of research," he says. "I was approached by the Roy Castle Lung Foundation because I said in an interview that my father had recently died from lung cancer.

"They picked up the phone and asked if I wanted to go to a function - I have been a patron of theirs for 20-odd years. Charities have got to be clever."

Powell says charities that engender loyalty among celebrities are those that do simple things like being polite and treating celebrities well.

He also recommends that charities should offer expenses to cover costs incurred by the celebrities in supporting the charity "because it can start to mount up". 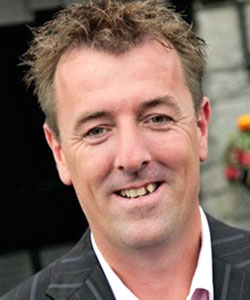 Matt Le Tissier, the Sky Sports presenter and former Southampton and England footballer, supports Sparks but says he mostly chooses to help charities that are local to where he lives in southern England. They include the cardiac care charity Wessex Heartbeat and a local charity that helps people with multiple sclerosis, a condition from which one of his friends suffers.

He says the charities he supports the most are those with which he has a personal connection - for example, through a friendship. He says he is approached by many charities asking for his support, but does not have the time to help them all. "It's difficult sometimes," he says. "There are lots of charities that deserve support, but with time constraints it's not possible to support everyone.

"I tend to try to support the ones I'm a patron of or that I have a link to. It's hard saying you can't help - particularly when they see me on television one day a week and they think that I don't do anything for the rest of the time."

Le Tissier says one good way for him to support charitable causes is to donate items that can be auctioned to raise funds, partly because it is easier to find time to deal with such requests.

He also donates rounds of golf with him for auction. "It means I get to play a round of golf and meet some lovely people, so that's a nice way of raising money," he says. "But it can be quite time-consuming."

Some charities, he says, ask too much of him, which puts him off trying to help.

"On occasions I've been almost emotionally blackmailed into doing things - once you have said no, that should be the end of it.

"I often get asked to do something on a particular date, and I might not want to or I might have something on, and I find them coming back and saying 'what date can you help us'. That turns me off straight away."

Most celebrities, he says, do not use charities as a way of gaining publicity.

"I'm sure it's gone on in the past, but I don't think you should tar everyone with the same brush," he says.