Analysis: Charities make the most of business rate relief

The practice of charities occupying empty premises so landlords can benefit from business rate relief has come under scrutiny from the sector, councils and lawyers. David Ainsworth reports

When the government changed the law in 2008 so that landlords would have to pay business rates on empty properties, it didn't take long for charities and landlords to spot a potential advantage.

Charities pay only 20 per cent of the business rates on property they occupy for charitable purposes, so if a landlord allows a charity to occupy his property, his rates bill is cut drastically, even if no rent is being charged.

Immediately, charities began offering to occupy unused property, setting up 'pop-up' shops and hosting exhibitions and drop-in centres. The practice was promoted by the Labour government, which helped develop 'meanwhile leases' and funded a community interest company to promote them. A report published in early 2010 estimated that 250 charity projects of this kind were going on.

Since then, companies involved in the market estimate this number has grown by 50 per cent as the number of empty properties continues to rise. And as the practice has expanded, it has developed features that some see as questionable. The Charity Commission has launched an investigation into more than 700 charitable occupancies, saying it is primarily concerned that some charities are being exploited by commercial landlords.

One development is that some charities have solicited donations from landlords, which could be seen as payment, in return for occupying property. Other charities, councils and lawyers have complained that charities are, in effect, selling their tax benefits to the highest bidder, even though in many cases very little charitable activity takes place on the premises.

The most common complaints focus on charities that say they are occupying a property but do no more than put up posters, use the space for storage or install a single transmitter that sends Bluetooth messages to passers-by. In other cases, councils have complained of leases being transferred to charities that use them for only a few days a year, then transfer the property back to commercial use. 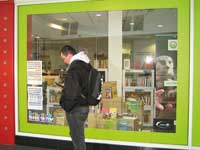 Paul Russell, a self-employed solicitor who specialises in ratings law, says he receives about one complaint a fortnight. "I receive cases from the Institute of Revenues, Ratings and Valuation, and this crops up relatively often," he says. "The most common complaints are about posters and electronics."

Emily Berwyn, of Meanwhile Space, the CIC that fosters 'meanwhile leases', which last up to six months, says she has also heard of charities occupying a property and not using it. "Councils know this is going on, and are suspicious," she says. "It makes it much more difficult for us to claim rate relief."

It is not clear whether charities are legitimately entitled to claim relief if they use only a very small part of a property. The law says that a charity is entitled to rate relief if its occupation of a property is "wholly or mainly" for charitable purposes. Russell says a charity cannot be considered to "wholly or mainly" occupy a premises unless it is using at least half of it - a rule applied to charity shops.

But Jenny Wigley of No5 Chambers, a barrister specialising in ratings law, says she has successfully argued on behalf of charities that, as long as all of the part of a property a charity occupies is used for a charitable purpose, the actual occupation can be quite small. "This situation needs case law," she says. "At the moment there haven't been the cases to make it clear what the law might be."

It is possible, Wigley says, that testing the situation in court might produce a de minimis test - a minimum threshold of occupation that charities must pass before they are entitled to rate relief. She says an ongoing case involving another relief scheme, where businesses avoid rates by transferring unwanted stock from one property to another, might set a test that is applicable to charities.

The Communities and Local Government department, which is responsible for business rates, is concerned about the potential use of charitable tax reliefs as part of tax-avoidance schemes, and has urged councils to be vigilant. But councils, which are responsible for checking whether a charity is entitled to relief, have no direct financial incentive to investigate because rates are pooled and redistributed by CLG rather than going directly into council coffers.

In July last year, the communities secretary, Eric Pickles, launched a consultation into proposals to allow councils to keep "a significant proportion" of the business rates raised locally. If this became law, councils would be more likely to challenge the right of charities to rate relief.

Lawrence Simanowitz, a partner at the law firm Bates Wells & Braithwaite, says that if charities are able to claim tax relief for minimal use of a property and then use that tax break to obtain money from commercial firms, the law may well be in need of reform.

"There's not much point in a law that you can drive a coach and horses through," he says.

If there is reform, says Russell, the self-employed solicitor, charities must make sure that the law does not hamper their everyday activities. "CLG is currently very stretched," he says. "I don't think this is near the top of its agenda, though it might move up it if councils get to keep a chunk of their rates. When it does get to it, there is the potential for it to introduce changes that would make life much more difficult for genuine charities. That's not the result we want to see."

HEALTHY PLANET: 'WE THINK WE PASS THE TEST'

The environmental charity Healthy Planet makes more than 90 per cent of its £1.14m income from occupying shops and claiming rate relief in exchange for what it describes as "tax-deductible donations" from landlords. 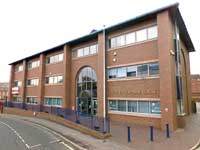 The charity's website describes how it will occupy a shop and put up posters advertising its website, but suggests the shop will never open. "We want to maximise the money raised for Healthy Planet by driving traffic to our website - not opening the doors every day and incurring day-to-day running costs," the site says.

But the founder of Healthy Planet, Shaylesh Patel, says the information on the website is out of date and inaccurate, and that his charity's units are staffed by volunteers and give away 100 tonnes of books a year that would otherwise go to landfill. He says 24 of its 30 units are currently open for business regularly, and the remainder will open shortly. "We leave a unit closed only if we haven't got enough volunteers to keep it open or it's still being fitted out," he says.

Local authorities that have challenged the charity's right to a rates discount include Sheffield City Council, which says it refused rates relief to Healthy Planet because only a small part of the building was in use.

But Patel says it occupied the entire ground floor of a three-storey building. "It was the only retail space in the property, and there were signs warning that the upper floors contained asbestos," he says. "We believe we met the 'wholly or mainly' test, but in the end we closed the location rather than argue with them. It simply wasn't worth our while." 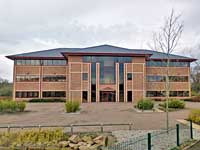 Another charity that occupies several hundred empty properties is the Public Safety Trust. In most cases, the premises are used to broadcast Bluetooth messages that encourage the public to be aware of crime. Many are on industrial estates where there are few passers-by. The charity's only physical presence is usually a transmitter. Units are rarely staffed or open to the public.

A spokesman for the charity says it has agreed to act as the occupier of properties in exchange for donations from landlords. He says the money is then used to set up Bluetooth and wifi transmitters.

The spokesman says the charity is operating within rating rules as it understands them. He cannot confirm whether the charity might become liable for rates if it is found not to be occupying the property wholly or mainly for charitable purposes.

HOW DOES THE SCHEME WORK? BUSINESS RATE REDUCTIONS EXPLAINED

Businesses must pay rates on all commercial properties, such as shops and offices.

Before 2008, an empty property did not attract business rates. Since then, landlords have had to pay rates on any property that has been empty for more than three months.

If premises are occupied by a charity, the business rates are reduced by 80 per cent. If it is unoccupied but the next occupant is expected to be a charity, the landlord does not have to pay any rates.

To a landlord facing a large rates bill, a charity occupier can bring big savings. A landlord will therefore often allow a charity to occupy property rent-free, and in many cases the landlord will make a payment to the charity representing a portion of the saving.

Many charities believe they must carry out only a very small level of activity in the property to be considered the occupier. The charity will usually agree to move out of the property within a week if the landlord finds a new tenant.