Analysis: Charities divided over the potential of phone apps

Some have opted for them but others feel the cost is too high, finds Sophie Hudson

Think of a mobile phone app and you will probably come up with something that identifies a song you hear, or offers up-to-date Tube information or the game Angry Birds.

But charities have also been among the thousands of organisations that are trying to persuade the smartphone-owning public to download one of their apps.

Sending Out an SMS, a recent report by the think tank nfpSynergy, says apps have "really changed the potential" for charities to interact with people through mobile phones.

A second version of the report, published in June, points to impressive figures, such as the fact that five billion apps were downloaded to mobile phones in 2010, compared with 300 million the previous year. However, a survey of 100 charities carried out by nfpSynergy for the report showed that only a few have been trying out the technology. Of those that responded to the poll, 13 per cent said they had used mobile apps to provide information about their services, and 11 per cent had fundraised through one.

So what does the future hold for charities and apps? 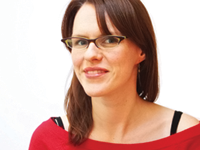 Julie Dodd, head of user experience at the digital agency Public Zone, says demand for apps among charities has started to flatten. She says charities are instead becoming more likely to ask for help in optimising their websites so they can be used easily on a mobile. "Charities are thinking about whether they can take their site and design it around all platforms," she says.

Dodd says the price of building apps might be putting charities off. The cost varies according to what the app is required to do - but for the development of a relatively straightforward one, she says, it could be about £20,000.

Despite this, plenty of charities have pressed ahead with building apps in recent years. Breakthrough Breast Cancer built one last year with the help of the agency TorchBox. It is called iBreastCheck - a free app that encourages women to check themselves for signs of breast cancer.

David Barker, director of communications at Breakthrough, says the app cost about £12,000, including spend on marketing. It has been downloaded more than 20,000 times and the media measurement company Metrica independently valued the PR value of the app at £2.6m.

Even though the app has been successful, Barker is unsure whether Breakthrough will make any more apps. He says it would be more likely to spend money on optimising the charity's website for easy access on mobile phones. This is a more appealing option now, he says, because people can access websites through their phones much faster than they could even a year ago.

"The technology has moved on and connection speeds and coverage have improved," he says. "Next year will be the year when people will think more effectively about their websites on the mobile."

Not everyone agrees that mobile-optimised websites are the best way forward.

Tom Fiddian, design and development manager at Action on Hearing Loss, was heavily involved in the design of the charity's Hearing Check app, which was developed in-house. The app, which allows people to test how good their hearing is, was released in early 2010 and, according to Fiddian, was "relatively low-budget" because of its in-house development.

He says it has been a huge success and has been downloaded almost 200,000 times. Fiddian believes the app enables the charity to have better penetration into the donor psyche than when a donor interacts with the charity through its website. "If someone's downloaded an app, they've really embraced it," he says.

An update is already being planned for the app, which Fiddian says will incorporate an option for people to be able to easily donate to the charity after using it.

"People will be able to press a button that opens a text message where the number to send it to has already been entered," he says.

He says the charity would like to have lots of other apps, but he understands it will be important for each one to have a unique selling point for the user.

Many agree that this is one of the most important things for charities to consider when building an app.

Simon Painter, founder of the online fundraising website ragabonds.org.uk, says a charity that wants to make a successful app must do something useful. "Unless an app does something people want it to do, it's a bit futile," he says.

Rachel Beer, founding partner of Beautiful World, an agency that specialises in fundraising, marketing and communications for charities, agrees.

"In a lot of cases the apps people are developing are well meant but not necessary because they're not adding value to the user," she says.

There is potential for charities to do more fundraising through apps, says Beer, but she sees apps mainly as a chance for charities to better maintain their relationships with their supporters. "They can deliver content to donors and limit attrition," she says.

"That's the really useful way to use apps."