Analysis: Charity lotteries - high stakes in the game of chance

The Health Lottery has set the cat among the pigeons, challenging the National Lottery and putting the rules for charity lotteries up for debate. Jenna Pudelek reports

Since the launch of the Health Lottery in 2011, debate about the regulations and restrictions affecting charity lotteries and raffles has intensified, not least because they are proving to be an increasingly effective form of fundraising during the economic downturn.

The debate focused at first on the fact that the Health Lottery - a grouping of 51 charity lotteries, known also as 'society' lotteries - gives only the minimum legal requirement of 20 per cent of takings to charity, whereas the National Lottery gives 28 per cent to good causes. Sector leaders including Sir Stephen Bubb of the chief executives body Acevo and Sir Stuart Etherington of the National Council for Voluntary Organisations initially viewed the Health Lottery as a threat to charitable income and called for it to give more.

But others in the sector, including the Institute of Fundraising, have argued that increasing the mandatory minimum donation would make society lotteries unviable for many small charities and called instead for a relaxation on the legal limit on turnover, which is £10m a year for any organisation, including no more than £4m for a single lottery, and for the £400,000 cap on prize money to be increased.

The Department for Culture, Media and Sport undertook last year to launch a consultation on society lotteries at the start of this year, but it has still not begun. Some sources say it will begin in the coming weeks, but others wonder whether it is being quietly shelved; the result is that the whole issue remains in limbo.

The National Lottery has enjoyed quasi-monopoly status since it was established in 1994, protected from effective competition by the restrictions on the size of society lotteries. The Health Lottery, set up by Richard Desmond, the multimillionaire publisher, was designed to get around some of the restrictions by operating as an umbrella scheme for its 51 society lotteries. Each lottery takes it in turn to benefit from the draw.

Camelot, the operator of the National Lottery, challenged the legality of the Health Lottery in the High Court last year, claiming that it was a national lottery in all but name and that the Gambling Commission should have taken action against it.

The failure of the case led to the promise of the consultation by the DCMS on changing the 80:20 rule as part of its wider work on the impact of the Health Lottery on the National Lottery and other society lotteries. Since then, the Health Lottery and other sector bodies, including the IoF and the Lotteries Council, have been meeting officials to argue that increasing the minimum contribution would result in less money overall going to good causes.

The Lotteries Council, which represents 300 charity lotteries, the IoF, the Hospice Lotteries Association and Help the Hospices have all written to Maria Miller, the Culture Secretary, saying an increase would be likely to result in some charities having to close their lotteries and others suffering a considerable drop in income. Their concern is fuelled by the fact that lotteries are increasingly lucrative for charities. The amount they raised for good causes in 2011/12 increased by 23 per cent on the previous year to £126m, despite the downturn that has hit other areas of fundraising, according to figures from the Gambling Commission that also show that, overall, 42 per cent of proceeds from charity lotteries went to good causes.

Society lotteries are costly to run, especially at the start, because of marketing costs, the recruitment of players, and other overheads. A recent report by the consultancy nfpSynergy calls for the regulatory burden to be reduced. It recommends that the 80:20 rule be retained, but averaged over three years to allow charities to recruit more players and help new lotteries get off the ground. This idea is backed by many in the sector, including the IoF, which argues that there is a need to keep a minimum but not to raise it.

Joe Saxton, founder of nfpSynergy, says there is a danger that "a whole bunch of tiny charities would be trampled to help the National Lottery suppress the Health Lottery" if the minimum contribution was increased. He says there is now an opportunity for a wider consultation on lotteries concerning a more liberal regulatory regime, which would benefit charities during the public sector cuts.

"For mobile phones, flights, for just about everything else, we seem to believe in competition because it improves choice for consumers," Saxton adds. "The one area where competition is not welcome is in lotteries, because we have a state monopoly. We have a Conservative-led coalition pursuing a strategy worthy of a communist state in protecting a state lottery."

Clive Mollett, chair of the Lotteries Council, also wants the promised consultation to consider other ways for lotteries to increase the amount they make for charities. "The cash raised for good causes is the focus, and in that context the restrictions on proceeds need to be looked at," he says.

He argues that the limits on turnover and prizes are "unnecessarily restrictive" and points out that total proceeds from society lotteries in 2011/12, including the Health Lottery, were £299m, while the National Lottery made £6.5bn. "There is a general concern that a competitor to the National Lottery could emerge, but the National Lottery has such an entrenched position, with enormous advantages, that the chance of anyone being able to compete is wholly unrealistic," says Mollett. "The Health Lottery had an investment of £30m, exposure on Channel 5 and in the Desmond newspapers, and it is still losing money."

Before its launch, the Health Lottery had an ambitious target to sell £250m of tickets in its first year, which would have meant £50m going to good causes. But it fell short, raising £24.2m for charities and selling about £119m worth of tickets. It is not making any projections for this year.

Desmond has invested £48m in the venture so far, and it remains unclear when he is going to recoup any of this. Jo Bucci, managing director of the People's Postcode Lottery (see case study), thinks it is unlikely to be soon. "If they are trying to make money out of it they are crazy - there are many easier ways of making money than a society lottery," she says.

The People's Postcode Lottery, which works by getting people to pay for their postcode to be entered in regular lotteries, is planning to double the amount it gives to good causes this year from £6m to £12m. 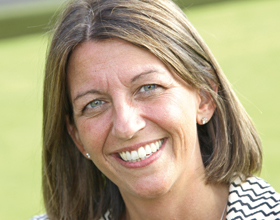 Jo Bucci (right), the lottery's managing director, says this will be achieved through an innovative marketing campaign that will build on an already strong and loyal player base. In 2012, its ticket sales grew by 44 per cent.

Launched in 2008, the lottery gives 45p, or 22.5 per cent, from every £2 ticket to four charitable trusts that distribute the money to charities and good causes. This is 2.5 per cent higher than the minimum - Bucci argues that lotteries should increase their contribution as they become more established and efficient. She is concerned that the government is now looking at raising the minimum 20% contribution, but not at reducing the caps on prizes and turnovers. "I cannot think of any other form of fundraising that is capped in this way," she says.

In the Netherlands, where the first postcode lottery was launched in 1989, she says 50 per cent of proceeds now go to good causes, and both state and charity lotteries there have grown: "There has certainly been no evidence of cannibalisation of the state lottery. There is no prize limit or minimum contribution, but it is equally strongly governed."

When the WRVS lost its state funding in the early 2000s, it was left high and dry with no history of fundraising, no donors and zero brand awareness. But since then the charity, which recruits volunteers to support older people, has used raffles to turn those volunteers into committed cash supporters and to recruit new donors. 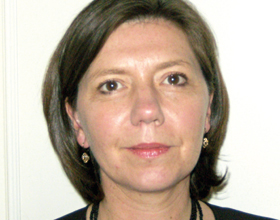 Helen Prince (right), deputy head of fundraising at the WRVS, says it tried at first to ask volunteers for donations, and that didn't work. But its first raffle, in 2005, made £85,000, so an individual giving programme was developed around raffles, and within four years the charity had gained 30,000 new donors and was running six raffles a year.

However, Prince says the 80:20 rule made it hard to grow, because it was difficult to know whether the cost of approaching new donors would leave sufficient income to meet the minimum charitable contribution. "It was nerve-racking thinking about that on every campaign and working out how many cold names we could mail," she says.

Prince says "in fundraising we know investment pays back over time, and I feel the regulations for raffles don't really recognise that. A more understanding regime would look at success over time, rather than success in just one raffle."