The pace of mergers has accelerated since the recession began four years ago. The consultant Richard Gutch, who has managed the merger of three disability charities, describes the key stages of the process and flags up the benefits and pitfalls

One of the most striking features of merger is the range of issues it raises. Those involved have to grapple with highly strategic questions about vision, mission and values while managing intensely personal issues such as who will be chief executive and how many jobs will be lost. They have to think about future sustainability while working out what the merger will cost and how it will be funded. They have to develop joint working arrangements for planning and managing the merger while working through complex technical issues about legal structures, constitutions, pensions, transfer of undertakings and restructuring. And they have to be sensitive throughout to internal and external perceptions, take account of key players' egos and keep all stakeholders informed about the right things at the right time - not to mention keeping the current show on the road at a challenging time for the sector. In short, mergers require leadership, energy, mutual trust and resilience. 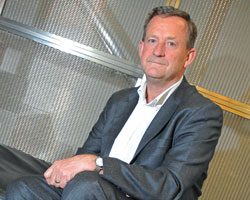 One crucial ingredient is a good project plan that sets out key stages of work, the timeline for critical decisions and lead responsibilities. Depending on the capacity of the organisations and the funds available, you might need to appoint a project manager to develop, oversee and help implement the plan. There are three main stages: exploration, leading to a decision in principle about whether or not to merge; planning and due diligence, leading to a definite decision to merge; and implementation, leading to the operation of the new organisation.

If you do decide on merger, it will usually be to improve service delivery, strengthen your voice, increase efficiency and improve sustainability. The possibility of merger should be constantly under review as part of good strategic planning and developing the best way of serving your beneficiaries. Merger could help you achieve your objectives more quickly than organic growth.

Try to consider merger from a position of strength, rather than being forced into it by a crisis. The social enterprises the Healthy Hub and Working Gardens deliberately set out to find a larger organisation with a similar philosophy and approach that was willing to take them over on agreed terms. After an intensive search with the help of the Eastside Consulting, they arrived at a longlist of 20 and selected the autism and learning disabilities not-for-profit Dimensions Community Enterprises, which had a £130m turnover. The three organisations that formed Disability Rights UK, by contrast, were already working together and decided a merger would give them a stronger voice and make them more sustainable.

An important part of the exploration stage is to develop a shared vision. Without this, discussion will tend to focus on structural issues (such as "what kind of merger model should we adopt?" or "what kind of membership arrangements should there be?") rather than ensuring that form follows purpose. The vision needs to be compelling and - when the going gets tough (as it will) - provide an answer to the question "why are we going through all this?"

Inevitably, merger involves sensitive issues, which will be the first that people ask about. Is it a takeover? What will the organisation be called? Who will be chair and chief executive? How many job losses will there be? How is it being financed?

The takeover question requires careful handling. Sometimes, as in the merger of Bassac and the Development Trusts Association to form Locality, the end result is a new organisation with a new name and vision - but the legal process was that the staff and assets of Bassac were transferred to DTA, because this was the simplest way. However, neither party would ever describe the process as a takeover (even though technically it was), because it was a coming together of equals to form a new organisation. In other mergers, such as that of Independent Age and Counsel and Care, all parties accepted that the process was a straightforward takeover, because the latter - which was in financial difficulty - became part of the former.

When the Disability Alliance, the National Centre for Independent Living and Radar merged to form Disability Rights UK, the sensitivities about Radar (the largest of the three) appearing to take over the other two were such that all three felt it was best to create a new organisation and transfer their assets to it, even though this was more complex and expensive.

Who will be the new chief executive?

In most cases this can't be answered early on, but you should be prepared to describe the selection process that will be used. Scenarios include:

- One becomes chair and the other remains as chief executive (Voiceability)

- The position is advertised externally and both have the opportunity to apply.

Ideally, all this should be discussed between the chief executives and their chairs at the exploration stage, but this is not always possible. There have been instances when, unbeknown to the chief executives, the merger steering group has commissioned a recruitment company to search for a new head. There have also been cases when a new head has been appointed by an organisation without being told it is in advanced discussions about merger.

Once merger is complete, there will usually be savings from having only one board and one chief executive, as well as reductions in back-office costs. But the merger process can be expensive - as well as legal fees, due-diligence costs, HR advice and consultancy fees, there could be costs relating to restructuring and redundancy, rebranding, new systems, integrated communications and new office arrangements. Total costs could be between £100k and £400k, depending on how much internal capacity there is for merger work.

Some organisations, as did Age Concern UK and Help the Aged, might be able to draw on reserves for merger costs and be confident that subsequent savings will justify the cost, but this is unlikely to be an option for many. The best port of call will usually be your existing funders, who have a vested interest in helping. When Independent Age was negotiating its takeover of Counsel and Care, it approached all the major trusts that had supported the latter for 'dowry' funding to help save the services and support the transition. This yielded more than £300k in two months.

THE MARCH OF THE MERGER

Early in 2009, 3 per cent of charities in a Charity Commission survey said they had considered merger. By the end of last year, the figure was 23 per cent in Third Sector's State of the Sector survey. Now hardly a week goes by without a merger announcement.

- The housing advisory service Housing Options and the Association for Supported Living announced this month that they will merge to form a new learning disabilities charity, The Housing and Support Alliance.

- Family Lives, which supports parents, also confirmed last month that it would merge with Parenting UK, whose name and services will be retained under the Family Lives brand.

- The crime-reduction charities Sova and Crime Reduction Initiatives announced in August that they had started merger discussions.

- Employment services charities the Careers Development Group and the Shaw Trust confirmed in August that they had agreed to merge.

- The family and childcare charities the Family and Parenting Institute and the Daycare Trust also agreed to merge in July. They said merger was the "best way forward to serve our beneficiaries".

- The local infrastructure body Navca and Community Matters, which supports community organisations, announced in July that they had begun merger talks. The charities are currently consulting staff and trustees about the plan.

Richard Gutch's new book, The Good Merger Guide, is published by Prospectus and Eastside Consulting and is available free to third sector organisations. To obtain a copy and details of the launch on 25 October, contact andy.tonner@prospect-us.co.uk.