They have survived the downturn well and more of them are diversifying what they do and even providing a base for charity services. Jenna Pudelek tells the story

Since the economic downturn, charity shops have been under attack. Two reports since 2011 suggest that they have been a cause as much as a symptom of the decline of the UK's high streets. And the Welsh assembly government is developing a proposal to reduce the 80 per cent business rate relief that charity shops receive. The Charity Retail Association has been fully occupied in fighting a rearguard action. 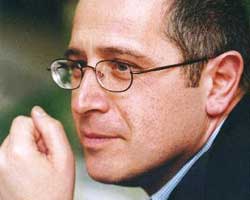 The most obvious sign of their success is that charity shops provide almost 19 per cent of total UK charity income. But as part of its fightback, the CRA has commissioned the think tank Demos to assess the other benefits provided by charity shops.

Its report, called Giving Something Back: The Value of Charity Shops,argues that charity retailers "sit at the centre of a rich and under-acknowledged network of social and economic good". Charity shops have kept people coming to high streets that are suffering in the economic downturn and filled shops that would otherwise be empty, the report says, and without them, Britain's high streets would be in an even worse state. Charity shops employ an estimated 17,296 staff across the UK and have an army of about 213,380 volunteers, according to the report.

Demos surveyed charity shop volunteers and found that they value the chance to gain retail experience as a path to paid employment or back into employment after illness or injury. The study also found that charity shops provide a place for those with poor physical or mental health to socialise and build self-esteem: older people and vulnerable people use charity shops to 'drop in' for a chat. Charity shops combat social isolation for both customers and volunteers.

The researchers also found that there were neglected opportunities and that charity shops have "a potential for showcasing, promoting and hosting services that is often underexploited". But they were more positive about the role of charity shops than the two earlier reports by the shopping expert Mary Portas and the former retail boss Bill Grimsey.

During her government-commissioned review of the future of the high street in 2011, Portas called for a limit on the number of charity shops that are able to claim rate relief. After an outcry from the sector, led by the CRA, the recommendation was left out of the final report. But Portas did say that "the business rate discount charity shops enjoy builds a disadvantage into the system that is causing a problem".

Grimsey, a former chief executive of the retailers Iceland and Wickes, set out in September this year what he labelled an alternative future for the high street in response to the Portas review, which he dismissed as "little more than a PR stunt". The Grimsey Review recommended reducing mandatory business rate relief for charity shops from 80 to 70 per cent, because small, independent businesses were increasingly sharing a bigger proportion of the business rates burden.

Earlier, Grimsey had called for "more charity shops actually delivering services to local people and benefiting the local community rather than simply raising funds to be sent back to head office". But Alexander contends that charities have actually been providing services informally through their shops for a long time. Last year, the homelessness charity Shelter started training volunteers in its shops to provide housing advice. The mental health charity Mind has developed training courses in mental health awareness and mental health first aid, which it is giving to staff and volunteers in its shops, many of whom have experience of mental health problems themselves.

"What is new is that certain types of charity are seeing the opportunity to reach more people through their shops," says Alexander. "Their client group might want their services on the high street because it can be a less formal space and more part of their daily lives." He predicts that there will be an increase in advice-giving charities looking at ways in which to deliver their services on the high street.

He says that it is important for charity shops to demonstrate the positive impact they have beyond raising money for their parent charities. But he cautions that charity retailers should not forget their core purpose. "If you forget your primary focus, there is a danger it will fail," he says. "While I think it is great members are providing services, it works where it works and it is not a panacea."

Gerard Cousins, director of retail and trading at Barnardo's, says the social impact of charity shops is immensely important. The children's charity provides volunteering and training opportunities through its network of 538 shops for people with learning difficulties, young people and prisoners. It also uses the shops to promote national campaigns and its work with local children's services that are trying to recruit more foster parents and adopters in specific areas.

"If there were no more Barnardo's shops, it would leave a gap for just over 10,000 people who volunteer for us," he says. "The impact we bring is sometimes undersold by our own sector and it is perhaps even more important in an economic downturn.

"If we did not do what we do, it would put more pressure on local authorities, particularly with the volunteers with learning difficulties."

Cousins says that the charity retail sector could be better at educating the general public about how active it is in communities, including their environmental impact - Barnardo's received 1.8 million bags of donated goods last year, including more than 14 million items. The Demos research project shows that UK charity shops help to reduce carbon dioxide emissions by about 3.7 million tonnes a year, which is roughly equivalent to the carbon footprint of Iceland.

He concludes that the success of charity shops results from their increasing professionalism and the shedding of their image as purveyors of musty jumble sale goods. Charity shops are looking for things to make them stand out, he says, giving the example of Oxfam's bookshops and the British Heart Foundation's furniture and electrical stores. "My view is that the days of having charity shops all offering the same thing are over," he says. "There might be a market for that today, but I'm not sure it can be sustained going forward." 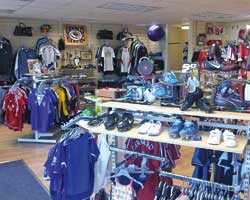 The children's charity has also developed specialist stores that cater for local needs. It has 55 discount stores in deprived areas, for example, and has also launched sports, menswear and children's shops.

Gerard Cousins, director of retail and trading at the charity, attributes the success to a commercial approach and offering "good quality products at an everyday price". He says the approach was not to diversify completely and "chuck the baby out with the bath water", but to look at what it could do better by listening to donors and customers.

"We have been trying to be a commercial retailer for our customers and donors," he says. "The charity sector is in a bit of a unique situation as a high-street retailer. We can look at what both customers and donors want, how we can engage with them and fulfil their needs and build up loyalty.

"We are trying to differentiate ourselves from our charity retail competitors," he adds. "We have looked at trying to be more innovative and develop a unique selling point."

Seven years ago, most volunteers at Sue Ryder's 400 shops were middle-class white women over the age of 75. But they now include more than 1,000 prisoners who have been released on licence towards the end of their sentences at 50 prisons around the country.

Tracey Mealing, head of volunteer development and engagement at the charity, had previously worked with offenders and piloted the scheme in the charity's shops in Norfolk, Suffolk and Essex, which proved to be successful.

She says it was not hard to get the charity's trustees to agree to the initiative. "It fits with Sue Ryder's values and ethos to support people in the community who are vulnerable and hard to reach," she says.

Initially, Sue Ryder worked with male offenders from open prisons, but the scheme now includes women and offenders from closed prisons. Volunteers include those on life sentences and repeat offenders trying to escape a cycle of crime. Anyone who has committed a sex offence, arson or repeat violent crimes against women is not taken on.

Mealing says that the benefits of the scheme include greater diversity among the charity's volunteers and customers - the number of male volunteers has increased by 28 per cent, which in turn encourages men to come into the stores. The prisoners build confidence, self-esteem and skills, and some have gone on to be employed by the charity.

Preventing one person from re-offending can save up to £45,000 a year, according to Mealing. Sue Ryder's shops and online store generate £36.6m a year for the charity, which supports people with disabilities and life-shortening diseases. 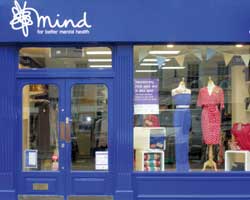 Mind sees its 142 shops as gateways to the mental health charity and its services. The shops offer volunteering opportunities for people with mental health problems and a safe environment for meetings and talking therapy sessions.

About 80 per cent of volunteers in Mind shops have direct experience of mental health issues, according to Andrew Vale, managing director of Minds Matter, the charity's trading company, and the work they do is part of their recovery plans.

"One of the key things around mental health is ensuring that you get into an environment where you are socialising with people and challenging the anxiety you may feel," says Vale. Some women's groups meet in the stores for talking therapies and some stores are used by advocacy groups.

He says that Mind shops also sell products that local service users have made. Salford Mind in Greater Manchester, for example, has a gardening project that provides herbs, potted plants, brooms, wreaths and plants to be sold in the local shop.

"I thought there was a great opportunity to use the shops as a springboard," Vale says. "It has been a tough few years. It is important to make sure that the retail presence on the high street does other things for the charity."

Mind has plans to open another 10 charity shops in the coming financial year. It is a federation of 158 local charities, which work in collaboration with the shop in their area. 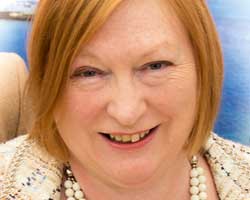 The Welsh government's business minister, Edwina Hart (right), announced last month that she had written to the UK government and other devolved administrations to seek their views on the proposal of the Welsh assembly government to cut business rate relief for charity shops in Wales from 80 to 50 per cent by 2022.

The proposal was based on the findings of a report, Business Rates Wales Review: Incentivising Growth, led by Brian Morgan, professor of entrepreneurship at Cardiff Metropolitan University, which claimed clusters of charity shops on high streets damaged other retailers.

Hart's announcement came as a temporary relief to the Charity Retail Association, which has been fighting the proposals from the start. Gerard Cousins, director of retail and trading at Barnardo's, says that the reduction proposed by the Welsh government and the uncertainty over its introduction is a big worry for charity retailers and could be stifling growth.

But he adds that business rates are only a small aspect of whether or not a retail chain is successful. "What is perhaps more important is the relationship between the tenant and the landlord, and that is something that has been slightly forgotten," he says. "There are places with upwards-only rent reviews."