Other changes are publication of FRSB membership and trustee payment: the latter is welcomed by John Gladwin, chair of the new Association of Chairs

The Charity Commission announced last week that it was scrapping the summary information return from 2014 as part of wider changes to the annual return. The move, mooted for some years, has been welcomed but has caused little surprise.

The commission’s announcement was, however, coupled with more attention-grabbing plans to publish on its register whether a charity pays its trustees – a subject of perennial controversy. And it
also announced that it would show on its website whether a charity was a member of the Fundraising Standards Board, which has been pushing for this for some time.

Stephen Pidgeon, a trustee of the Institute of Fundraising, describes the commission’s decision to publish FRSB membership as a "brilliant idea" that will increase the membership and raise awareness of the FRSB’s work. "The FRSB tick will become better known and will be noticed when it’s not there, rather than when it is," he says. 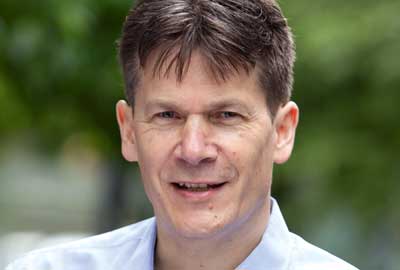 Joe Saxton (right), co-founder of the consultancy nfpSynergy, also welcomes the decision, but says the FRSB is not relevant to all charities and it should be made clear why they are not members.

The decision to publish whether charities pay their trustees is also a good idea, Saxton says, but any information should be seen in the context of how much those charities pay their executives. "It would be odd for a charity to say ‘we pay our trustees’, but not to say how many people are paid more than £60,000," he says.

John Gladwin, chair of the new Association of Chairs, says that the payment of trustees is an issue that needs to be brought to the surface as long as charities can justify their decision. "Transparency is important for charities – they need to be clear what they are doing with the money the public have contributed," he says.

The scrapping of the SIR appears to be less controversial, perhaps in part because the form applies only to charities with incomes of more than £1m. The SIR asks questions covering the charity’s aims, beneficiaries, strategy, objectives and financial health. In its place, the commission will encourage charities to use a free text box to describe their aims and achievements.

The SIR was introduced in 2005 in response to the government’s report of 2002, Private Action, Public Benefit, which identified a lack of publicly accessible and relevant information about charities. But the SIR has since been superseded by other sources of information. In his review of the Charities Act 2006, Lord Hodgson called for the form to be scrapped because it duplicated information and was "of questionable value".

The Charity Commission first consulted on discontinuing the SIR in 2012. When it consulted again earlier this year, most respondents were in favour of scrapping it. They argued that the SIR was no longer necessary because of the public benefit reporting requirement, introduced
by the 2006 act, and questioned how often the form was actually viewed by the public.

Jane Tully, head of policy at the Charity Finance Group, says the move is positive. "We have called for a number of years for the SIR to be abolished," she says, "It is time-consuming and duplicates information that can be found elsewhere."

Nick Brooks, chair of the Institute of Chartered Accountants in England and Wales’s charity and voluntary sector group, agrees. "It was just an extract of the trustee’s annual report put in a different format," he says. "I’m not convinced that the public actually went to look at them on the commission’s website."