Analysis: The complicated birth pangs of the Big Society Bank

Soon after the coalition came into power last year, the Cabinet Office published a structural reform plan that promised, among other things, that a Big Society Bank would be lending by the end of April 2011. The bank will act as wholesale lender in the sphere of charities and social enterprises.

Progress is being made: last week, the Cabinet Office approved detailed proposals for the way the bank would work, drawn up by the venture capitalist Sir Ronald Cohen and the investment banker Nick O'Donohoe. But the government does not now expect the bank to start lending until the third quarter of this year.

Nick Hurd, the Minister for Civil Society, has admitted that creating the bank has been "bloody complicated", and a number of issues still need to be resolved. One of these is the bank's structure. Cohen and O'Donohoe propose it will be established as a company limited by shares and owned by a company limited by guarantee. A charitable foundation, funded by philanthropic donations and profits from the bank, will also be established. 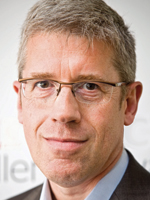 Cliff Prior, chief executive of the social enterprise support organisation UnLtd, says the constitution of the bank's board will be crucial. He says the plan to appoint a mixture of people from finance, government and the charity and social enterprise sector is a good one.

Prior said the structure needed to be strong enough to ensure there was no mission drift, and that would depend on how future board members were selected.

Before the bank can address this issue, the Financial Services Authority and the European Commission must first approve its structure, the latter because EC state aid rules prevent countries providing unfair financial advantages to businesses.

This process can take up to 18 months, although Cabinet Office officials hope to have approval by the end of the year. In the meantime, the government has asked the Big Lottery Fund to step in, on an interim basis, as soon as cash becomes available. The BLF, however, cannot begin to lend until there are funds in place, and so far none have arrived.

When funds do come, they will arrive from two sources. The first is the Reclaim Fund, which is run by Co-operative Financial Services. It will channel money from dormant bank accounts - those that have not been used for 15 years or more. The fund, which ran into delays when getting approval from the Financial Services Authority, is now up and running and will be able to make a substantial amount of cash available from July, says CFS.

A steady trickle will continue to flow as new bank accounts fall into the dormant category. The fund will retain a percentage of the money it collects to pay back any account holders who apply to be reunited with their cash.

The bank's other source of funding will be the four high-street banks - Barclays, HSBC, Lloyds Banking Group and the RBS - which have agreed to provide £200m at first. However, the terms on which they will contribute the money have still not been agreed.

It is impossible to know how useful the banks' capital will be until the terms are agreed, says James Vaccaro, managing director of investment banking at the social lender Triodos. "The most important thing is when the capital can be drawn down or repaid," he says.

Vaccaro says the new bank has so many aims and objectives that it cannot do all of them well. "It will be important to see where it concentrates its capital," he says. "Another thing that is very important is that there is a transparent process, because the social lending sector is a small world, full of small circles of influence."