The Archbishop of Canterbury wants credit unions to out-compete payday lenders, but David Ainsworth finds there are significant obstacles and progress is unlikely to be rapid

Credit unions hit the headlines this summer when Justin Welby, Archbishop of Canterbury, announced that the Church of England planned to support credit unions to take on payday lenders. 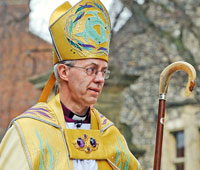 If the church were to succeed in this aim, it would be a significant boost for the voluntary sector and for people who take out short-term loans: credit unions are member-controlled financial cooperatives that charge no more than 3 per cent a month on their loans, whereas commercial payday lenders typically charge about 25 per cent a month.

In fact, the church's plans to support the credit union movement are relatively modest, and involve - crucially - no financial investment.

It plans to offer the use of its buildings, persuade parishioners to offer their expertise and encourage them to become members of credit unions.

Malcolm Brown, director of mission and public affairs at the Archbishops' Council and the man leading the church's drive on credit unions, says the church will put its muscle behind the movement and push hard for measures to grow credit unions. But he feels it will be a long time before they are ready to compete on the same scale as payday lenders (see story, below).

"Growing the credit union movement is a long-term piece of work to change people's thinking.

It is a 10-year project, at least. It might be a generational project."

He says that the church will advocate for debts to credit unions to have higher priority when debts are being recovered, which he says is a fair exchange for having their interest rates capped at 3 per cent a month. 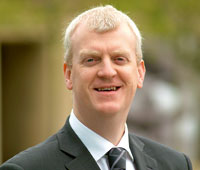 Mark Lyonette (right), chief executive of Abcul, the umbrella body for credit unions, says the publicity generated by Welby's comments has led to a surge in membership now believed to be approximately a million, compared with the last official figure of 884,000, in 2012. He says he has heard from the church that it has been inundated with offers of help from parishioners and other people.

Lyonette says the church's intervention has helped credit unions with their key target of publicising their services to people who often did not know they existed, and encouraging membership among more affluent people with larger amounts of money to save. "The balance is important," he says. "You need younger people who are more able to borrow, and older people who are more likely to save."

The membership of credit unions constitutes less than 2 per cent of the population in the UK, compared with about 70 per cent in Ireland and 43 per cent in the US and Canada. The low figure in the UK is thought to be partly because the UK was late to adopt specialist legislation for credit unions, although it now has a purpose-built legal model.

Nevertheless, credit unions are growing relatively fast. Abcul's most recent statistics show that there are 390 credit unions in the UK, which between them have £796m saved; £605m is out on loan. The membership has more than doubled in the past decade, and more than quadrupled in the decade before that.

A review by the Department for Work and Pensions in May 2012 found that there was a substantial public appetite for credit unions to grow further, but they were not sustainable in their existing form. Costs currently exceeded earned income, it said, and it would take between five and seven years for credit unions to achieve sustainability, even if the maximum interest rate they could legally charge was increased from 2 per cent a month to 3 per cent.

Since the report was published, the government has implemented the increase to 3 per cent and agreed a £38m programme to produce a new back-office infrastructure for the credit union movement.

He says credit unions can lend to the poorest people in a way others cannot because, unlike the banks, they use a cross-subsidy model - profit from larger, longer-term loans can subsidise smaller, shorter ones. "We don't need to make a profit on every single person we serve," says Lyonette.

Another key requirement is more capital, says Angela Clements, chief executive of the Citysave Credit Union in Birmingham. "We can't capitalise ourselves sufficiently to compete with large-scale lenders," she says. "We cannot get cheap credit from equity or large-scale funding from the mainstream banks. Compared with payday lenders, we're apples to their onions. In terms of access to capital, there's no comparison between where we are and where they are."

She says a change in the law means credit unions can now issue bonds, but the type of bond they are allowed to offer is not an attractive proposition for investors because there is no guarantee that they will get their money back. She wants further supportive legislation to allow credit unions more freedom over how they raise money to lend.

"If the law was changed to allow credit unions to raise more capital, we could be very competitive," she says. "I already have stronger capital ratios, liquidity and lower bad-debt ratios than the banks I deposit money with."

390 - Number of credit unions in the United Kingdom

The payday lending market was worth more than £2bn in 2011/12, according to the Office of Fair Trading, and has more than doubled in size since 2008/09. Its business model is based on availability, speed and publicity, and it has grown rapidly, fuelled by the availability of cheap capital. Last week, Wonga reported profits of more than £84m on loans of £1.2bn.

So can the credit union movement really compete these lenders out of business, as Archbishop Welby has suggested? 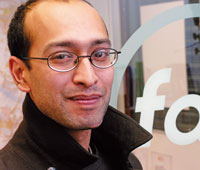 Faisel Rahman (right), managing director of Fair Finance, a not-for-profit organisation set up to compete with providers of high-cost credit, says there are a number of problems that prevent credit unions from competing effectively.

"Credit unions can't really work with very poor people," he says. "They aren't fast enough, they aren't active enough. They don't have a presence on the high street and internet, and neither does the church. That's one of the reasons why I didn't set up Fair Finance as a credit union."

Rahman says that another problem is lack of strong leadership. "For the past few years, 10 credit unions a year have gone bust because they don't have sufficiently high-quality managers to grow," he says.

"Few have good chief executives, and there is a lack of ambition among the membership."

Mick McAteer, founder and director of the think tank the Financial Inclusion Centre, is more optimistic. But even he says that credit unions cannot win through competition alone. It will require regulation, too, he says.

"Payday lenders, with their massive marketing budgets, need to be constrained before credit unions can take them on," he says. "At the moment, payday lenders can take on credit very easily and expand very rapidly. There isn't a level playing field.

There is already movement from the regulators on this front. Earlier this year, the Office of Fair Trading referred the payday lending market to the Competition Commission because of concerns about how the market works.

The OFT said that payday lending business models "appear predicated on making loans which are unaffordable" and "these issues go deeper than can be addressed through existing laws and guidance".

The government has already looked into whether the Financial Conduct Authority, which regulates payday lenders, should limit interest rates or impose an advertising ban.