Analysis: cuts at the RAF Benevolent Fund reveal a 'clash of cultures'

An economy drive and restructure have led to dissent over the fundraising and marketing strategy at the air force charity. Stephen Cook looks at the arguments on both sides

Since the economic downturn many charities have found it necessary to make cuts and change their structure; so, on the face of it, the recent decision of the Royal Air Force Benevolent Fund to make significant economies is not unusual.

The charity has been using its reserves to fill the gap between income and expenditure, which includes some now completed capital projects, and when Chris Nickols was appointed as controller last year, he decided it was time to reduce costs. The annual income of the charity, which looks after past and present RAF personnel and their families in times of need, is about £17m. 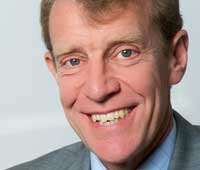 Few apparently disagree in principle with the need for savings. But the way Nickols (right) and the board of trustees have chosen to make the cuts is said to have caused widespread dismay among staff and supporters of the fund. The salary bill is to be cut by £800,000, with 17 full-time posts being lost from a payroll of 70, and 13 staff, including four heads of department, taking voluntary redundancy.

Sources who have contacted Third Sector say the dismay is caused partly by the extent of the job losses and the feeling that the sacrifices are not being shared by the controller, the former head of defence intelligence at the Ministry of Defence. He left with a £70,000 a year pension and a £210,000 tax-free lump sum, and is now paid £120,000 a year and lives in a £2.2m house near Hyde Park that is owned by the fund.

But they also say that the strategy of cutting costs across the board, more typical of the public sector, could damage the charity's successful fundraising and brand development of recent years, and that it might now revert to the more inward-looking culture that existed before 2005 and which derived from the RAF itself. 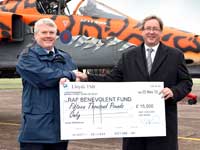 Much of the dismay over the cuts centres on the departure three months ago of Dean Benton (right of picture), the former director of fundraising and communications, who is widely credited with playing a key part in making the charity a more dynamic, public-facing organisation and achieving a step change in its fundraising.

The sources say Benton also played a key part in turning the charity into an established, well-recognised brand that was ranked at 50 in the first Third Sector Charity Brand Index in 2009 (it slipped to 70 last year and 80 this year) and has won awards for its digital and social media campaigns and website.

Benton's departure was the result of the decision, said to have been taken against internal opposition, to reduce the number of directorates from five to four through the merging of the directorate of fundraising and communications with that of chief of staff. "The brief for the newly created combined role was 85 per cent chief of staff responsibilities and a couple of paragraphs on marketing," says one source.

"There was no point in Dean applying because the cards were just too stacked against him. There was lots of discontent and protest about it all. The new controller has, in effect, reversed the policy of the previous two, which was to bring the fund up to date and introduce a more commercial approach.

"Losing the director of marketing while reducing marketing spend - the direct marketing budget has been slashed - effectively eliminates the fund's ability to project itself as a visible, vibrant charity competing in a highly competitive marketplace.

"The approach seems to be to make cost cuts only, and is not balanced with the need to raise more money. Best-in-class charities are investing in fundraising and communications and recruiting staff in the current climate. Unfortunately, Nickols seems to believes that the whole show can be funded by corporate donations. But those corporates are under pressure from all three services and it's a difficult area - you need a battle-hardened marketing person."

elsewhere on other projects. The job was taken by the former chief of staff, Mike Neville (right), an ex-RAF officer with little specialist experience in fundraising, communications or brand management. "It was quite ludicrous to think you could combine these two roles in one job," says another source. "The fundraising team felt their department was being downgraded. Their morale has dropped because they feel undervalued, and I don't know how quickly it will come back. Non-fundraisers think fundraising is an easy thing to do, but it's not - it's almost insulting, this view that we can all do fundraising."

The fund's ambassadors - a group of 25 super-supporters - are so concerned about its future that half of them are supporting an approach to the chair of trustees, Lord Trenchard, the great-grandson of the first Viscount Trenchard, one of the founders of the RAF in 1918 and founder of the fund itself. A group of the ambassadors are scheduled to meet him towards the end of this month.

A spokeswoman for the fund disputes most of the points made by the sources and says she does not think there is a clash of cultures. "Despite the overall reductions, in which fundraising and communications are taking a much smaller reduction in staff than other areas, we are continuing to invest where we think growth potential is greatest - for instance, in a new corporate partnerships executive," she says.

"We are very grateful to Dean Benton for the valuable contribution he made to the fund during more than eight years. The strategy he introduced continues to be implemented by a highly effective and experienced team and we will continue to build on the successes so far. Change introduces uncertainty, but our goal was to create improved and more efficient ways of working, and this has been accepted by all staff."

Asked about other job losses and budget cuts in the fundraising and communications area, the spokeswoman says that there will be no job losses in practical terms because the head of communications, who is taking voluntary redundancy, will be replaced by a communications manager and the head of events is also taking redundancy but will run a reduced events programme as a consultant. "As with all other areas of fund activity, efficiency savings are being sought," she says.

"But the focus hasn't changed in terms of the fundraising and communications strategy. High-cost profile-raising events with a low return on investment are not being continued, but fundraising events are - we are preparing for lots of public-facing events, including the 100th anniversary of the RAF in 2018.

"We have two highly experienced and talented heads of the relationship marketing and corporate and community fundraising teams who are committed to ensuring the strategy is delivered and targets are met."