Three outgoing chief executives with 53 years' experience between them talk to Stephen Cook about being a charity, governance, regulation, relationships with government and passing on the baton 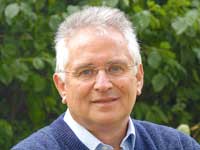 - Began in outdoor community work. In 1976 he joined the Scout Association, which sets the policies and rules for local scout groups

- He became chief executive in 1996 and leaves in May, to be replaced by Matt Hyde

- How has being a charity affected the work of the Scout Association?

Our 535,000 members live in their local communities, which is a model that builds on the active citizenship of adults and young people. We do our own fundraising nationally and locally, which empowers communities to take responsibility rather than deliver to the agenda of a particular administration. The public benefit we provide is the delivery of charitable services for the public good. Being a charity doesn't restrict us - quite the opposite: it reinforces our mission of providing a channel for community activities.

- How has being a charity changed in your time?

There's been a rediscovery of the value and contribution of charities to society, and an improvement of governance. There's also been the emerging split between charities delivering contracted services and membership organisations following their own mission. I don't believe there's conflict between the two or that any purpose is served by saying either one is right or wrong.

- What about changes in your governance?

We've moved towards swifter decision-making, greater stakeholder engagement and more direct contact with the membership, including young people. Another element has been recruiting a wider range of trustees, including from outside the organisation, for their competences, as opposed to a model of only internal elections. We're also developing support to our 7,500 independent local units, ensuring that governance is consistent but varies according to scale.

It has varied from minister to minister and department to department. There are many areas where we need to contribute to policy - vetting and the security of young people, for example. Among others, we work with the Home Office, the No 10 Policy Unit or the Department for Environment, Food and Rural Affairs. We were happy to talk to the Department for Education and the Cabinet Office about the National Citizen Service and offered our advice on good quality residential experience. We assessed applying to be a provider but decided not to because our offer for young people is more developmental - a classic case of sticking to our core purpose. Sometimes in government there's a difference between rhetoric and reality, which is noticed by our members, and I would say this to any minister or civil servant: think through the consequences before you launch something. There was the rhetoric of enjoying the outdoors followed by the reality of proposing to privatise the Forestry Commission. Another example was the proposal to put caps on tax relief for donations, almost vilifying philanthropy.

Be proud of your organisation and encourage the empowerment of volunteers. Recognise the importance of functioning as a team, not only with senior managers but also with trustees and volunteers. Be prepared to be challenged, and avoid appointing clones or another mini-me.

- What are you doing next?

A portfolio, including chairing the Acevo Commission on Governance. I'm not a slippers and do-the-garden man. 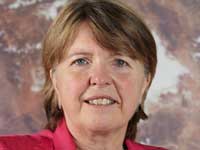 - Previous jobs in the World Health Organisation, the Nuffield Trust, the King's Fund and the NHS

- How has being a charity affected the work of Oxfam?

It has financial benefits, including Gift Aid and rate relief for charity shops. After my experience in the public sector, the freedom is fantastic - government services entail political demands. If you've got a decent board you can really drive the organisation. Campaigning in my time hasn't been a problem because the Charity Commission relaxed its rules in the 1990s. Before that there were serious concerns about us, say, challenging Barclays in South Africa. Now we're just careful that what we're doing is within our charitable objects. The word charity is a bit of a problem - we are really here to change the world, which goes a bit further than compassion and wanting to help, which is what many people associate with charity.

- How have the requirements of being a charity changed?

There is more pressure for transparency and accountability. In the public sector I was used to the view that mistakes and all were out in the public domain. In this sector it wasn't quite like that, and in international development things happen so far away that people can't see what we do. We broke through that after the 2004 tsunami - we had a fraud in one country and we announced it up front. There is a feeling that people won't trust you and give money if they know you're not always right. But people are pretty sensible and know you're not always going to be right, especially when you work in areas where there is corruption. There's also more accountability: showing results and impact can be quite difficult in our sector, where you're delivering change, but now we've got some good effectiveness measures.

We've worked a lot on this, including how we use images of women - about eight years ago we had a campaign on clothing and labour rights and I vetoed some pictures of naked women covered with body paintings. You've got to be true to your values, and any behaviour that doesn't fit you have to stamp out very fast. And you have to get your facts right if you challenge governments. There could be endless fraud and trouble, but we run a tight ship.

I was lucky to be here when Tony Blair and Gordon Brown gave such enormous support to international development. The cause hasn't had such a hard time as it did in the Thatcher era. Not that we always agree with government - we can't be bought off by approval or support, and we can't be seen to be part of the government machine. If we're not careful we think, or they think, that we agree with them. It's a tightrope walk.

People in the voluntary sector work out of passion and will put themselves out to do things. But they don't like to be directed. So there's a balance between empowerment and making it clear that they're in a managed organisation with organisational objectives and imperatives. But you should avoid being too worthy. You want to be serious about the cause, but the best campaigning has a bit of wit.

My plans are still open. I really love Oxfam, but I wouldn't like to be there when I'm stagnating and people are asking "why hasn't she gone?" 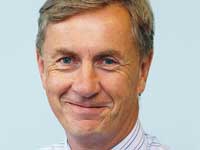 - He was chief executive of the CfBT Education Trust from 1991 and retired in November. The charity is an international leader in school improvement and teacher training and has an annual income of £120m

- How has being a charity affected CfBT?

We're voluntary by constitution but not really in our day-to-day work. CfBT is a social business: we price things as a commercial organisation and the margin is used for our charitable purposes, so we have more independence in the use of our funds than most charities. Our growth has been consistent with our objects and values of excellence, integrity and accountability. We are risk-averse in our use of money, partly because of the oversight of the Charity Commission, and it is much more difficult to raise capital. But we're risk-taking in representing the interests of our beneficiaries. If clients - usually governments - are not doing things in the interests of beneficiaries - the learners - then we say so. We have said things to clients that a commercial organisation wouldn't have done - that's the strength of being a charity.

- Has your governance changed?

The traditional form of governance is a distinct weakness for social businesses. Unremunerated trustees don't meet often and can become a rubber stamp because they're not clued up. With increased risk you need greater board competence and speedy decisions. We currently have five trustees who are appointed, remunerated and work on committees, and seven elected trustees of whom much less is expected. We are proposing a smaller board of trustees, all remunerated, who would work like an operations committee, with a separate committee of the charity's members: between 60 and 90 people who have a close association with the charity and would act as unpaid guardians of the mission. They would be given the information necessary to question the trustees proactively and have the power not to re-elect them. They will be the long-stop.

There's more of it than 30 years ago, but there's nothing like as much in the conventional charitable sector as there is for exempt charities regulated by the Department for Education, which are overburdened. We have 14 schools that are exempt - and other fee-charging charity schools that we quite like because they aren't exempt and have less regulation.

The people in charge change so often. A few years ago I worked out how many schools ministers I had dealt with and discovered that it was about one every 16 months. There is some continuity, but they all want to make their mark with a new idea - and it's often a pretty silly one.

It's essential for you to have a clear and bold mission and keep referring back to that. Charities can get drawn into things that are not consistent with their mission, especially when they are competing with commercial organisations. You have something that sets you apart from other sectors, and you need to be clear about it.

- What are you doing next?

I'm not looking for an alternative career, but will do voluntary work in the third sector. I'm a governor of four schools, which might be too many, and I have two or three other irons in the fire.