Analysis: Face-to-face self-regulator rises to the challenge of Lord Hodgson

Jenna Pudelek looks at the history and rules of the Public Fundraising Regulatory Association, and lists the councils that have signed agreements

Face-to-face fundraising got under way in the UK in the late 1990s and quickly proved to be a successful way of attracting new donors. But at first it was unregulated, and increased competition for lucrative sites led to criticism in the media and by politicians. To stave off the threat of statutory regulation, the industry formed the Public Fundraising Regulatory Association in 2000, and its 140 current members include all charities that use face-to-face fundraising and fundraising agencies.

Annual membership is £100 for charities and £250 for agencies, but the PFRA's main source of funding is the 75p levy paid by charities for each donor they recruit through face-to-face. In London the PFRA allocates 133 fundraising sites to charities on a four-week rotation. Charities bid for space according to the number of fundraisers they will have working during the period. Outside London a spreadsheet is sent to members with the available dates and locations. Charities and agencies say which sites they want and when; clashes are sorted out between members.

Members must adhere to the Institute of Fundraising's Code of Fundraising Practice and to the PFRA's own new rule book, published last year, which includes the requirement not to startle people or make them anxious (see Do's and don'ts below).

Fundraisers who breach the code are reported by the PFRA to the agency or charity concerned. The PFRA's ultimate sanction of denying access to fundraising sites has been used three times. A new penalty regime will come into force on 20 August, bringing in fines for breaches of the rule book.

The PFRA complaints procedure is, it says, intended for use by local authorities, and the public are urged to complain to the charity concerned. If the charity is a member of the Fundraising Standards Board, that body adjudicates on complaints not resolved by the charity itself. But the PFRA says it will also investigate complaints from the public about breaches of the IoF code, aiming to resolve them within seven days and refer unresolved complaints to the FRSB.

The role of the PFRA came under scrutiny in the review of the Charities Act 2006 carried out by the Conservative peer Lord Hodgson. In its submission to the review, the Charity Law Review Advisory Group, convened by the National Council for Voluntary Organisations, said there was "an immediate need to resolve the current confusion about the different roles and responsibilities of the three bodies involved in the self-regulatory system - the Institute of Fundraising, the FRSB and the PFRA".

Hodgson's report recommended that the sector should address the "confused self-regulatory landscape and agree a division of responsibilities which provides clarity and simplicity to the public, and removes duplication". 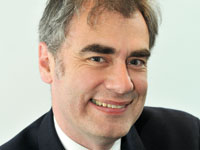 Ian MacQuillin (right), head of communications at the PFRA, says: "Neither we nor the FRSB believe the regulatory landscape is 'confused' and we do not believe there is any duplication of roles. For face-to-face, the IoF sets standards, the PFRA enforces the standards and the FRSB adjudicates on breaches of the standards.

"Controlling fundraising access is a regulatory function. We control where fundraising may take place and set conditions on this - and, just as a tap regulates the flow of water, we regulate the flow of fundraisers. Regulation is not just about setting and enforcing best practice rules - it is also about setting and enforcing access rules. Our rule book contains tranches about access rules and penalties we will impose for breaches."

Because of continuing pressure from parts of the media and some Conservative backbench MPs, ministers are keen to find a formula that will defuse the criticism without damaging the fundraising potential of charities. Lord Hodgson's proposals might be the first step.

- See the results of our survey on self-regulation

Extracts from the PFRA rule book

- Members of the public should be able to identify a fundraiser working for a charity from a distance of five metres (16ft).

- If a person clearly indicates, by words or gestures, that they do not wish to be engaged by a fundraiser, the fundraiser ought to make no further attempt to sign up that person.

- No fundraiser ought knowingly to sign up a person incapable of consent due to intoxication, through drugs and alcohol, incapacity, due to illness or disability, dementia or learning disabilities.