The Public Fundraising Regulatory Association has helped to reduce complaints about street fundraising. Jenna Pudelek reports and, in a related article, looks at the origins of the PFRA and the debate about its future role

Until a year ago, shoppers and retailers in Plymouth were so frustrated with street fundraisers in the city centre that they were making at least one complaint a day to the city council, and an average of about 50 a month.

Clint Jones, the city centre manager, says: "Some days we would have three different groups in the city centre, each with half a dozen collectors, all trying to make sign-ups. It was like running the gauntlet."

But since the city signed a site-management agreement with the Public Fundraising Regulatory Association, Jones says unruly face-to-face practices have been curbed. Fundraising still takes place most days except Sunday, but the number of fundraisers allowed in the city centre has been reduced from 18 to a maximum of six, and they are confined to areas designated by the council and the PFRA.

Jones and other officers at Plymouth City Council now monitor whether fundraisers are following the agreement and the PFRA's rules, including one that says a fundraiser can take no more than three steps towards someone.

"I watch them and if they are taking more than four steps or I feel they are being aggressive, I'll pick it up and feed it back to the PFRA," Jones says. "There has been a massive reduction in the number of complaints and the PFRA is doing a fantastic job of monitoring and managing for us."

Since the self-regulatory body was set up by the industry in 2000, it has negotiated 46 similar site-management agreements with local authorities and is aiming to sign 33 more this year. The voluntary agreements define conditions such as team size, frequency and site locations.

Many councils say, like Plymouth, that their agreement has put an end to troublesome street fundraising, while others are determined to control it themselves (see case studies below). A key goal of the PFRA is to reach agreement with members of the Core Cities Group, the umbrella organisation for the eight biggest cities outside London. It has three to go - Birmingham, Bristol and Newcastle. Birmingham - the only member of the group that has not been involved in discussions with the PFRA - is currently considering the results of a public consultation. The city council said in April that it was looking at a range of options to manage street fundraising, ranging from working with the PFRA to passing a bye-law.

Lord Hodgson gave the PFRA a qualified thumbs-up in his recent review of the Charities Act 2006, which says fundraising for direct debits in public spaces (unlike cash collections, this does not require a licence from local authorities) should be brought into the licensing regime. But he added that local licensing authorities should be encouraged to rely on self-regulation by the PFRA.

Hodgson also recommended the development of guidelines or model regulations for public collections that would apply nationally but allow scope for significant local variation without banning "a particular fundraising method that is accepted nationally" - taken as a reference to face-to-face fundraising.

There is also support for the PFRA among local authority representative bodies, including the Association of Town Centre Management, which has 600 members. Martin Blackwell, chief executive of the association, says: "We feel that street fundraising needs to be carefully managed and that is why we have been encouraging members to collaborate with the PFRA to put site-management agreements in place. Where it is not managed, that is where we get problems."

Blackwell recognises that not everyone is happy. "I'm not sure how much teeth the PFRA has got, but from our point of view it seems to be willing to take action if the agreement is not being upheld," he says. "They are voluntary agreements - some people feel they're adequate and some do not."

The Local Government Association, which in the past has taken a harder line on face-to-face, is now working with the PFRA to establish voluntary agreements, but it maintains that councils need powers to intervene and license the activity if the voluntary approach does not work. Last month it held a round-table meeting attended by Lord Hodgson; a second meeting is due to be held to agree on wording for a new national code.

When Hodgson's review came out, Cllr Nigun Canver, LGA licensing champion, said he was pleased to see it had endorsed the LGA's call for the law to be clarified. "We hope the government will act quickly to implement these recommendations so that councils can ensure charities can prosper without residents and shoppers being unduly harassed," he said.

- Read about the history and rules of self-regulation

- See what the sector thinks about self-regulation in our debate

Valuable - or just annoying? The public view of street fundraisers:

CARDIFF 'IT'S A SUCCESS' 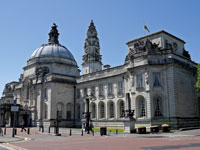 Cardiff signed an agreement with the Public Fundraising Regulatory Association in May after shoppers and visitors had raised concerns about the number of face-to-face fundraisers in the Welsh capital. The council says it is running successfully so far.

Glasgow, the UK's third largest city, also signed an agreement on face-to-face in March after 18 months of negotiations. 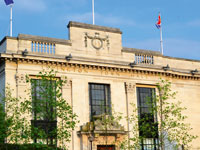 The high level of street fundraising in the north London borough of Islington last Christmas prompted the council both to contact the PFRA and to look at its legal rights to control and regulate face-to-face. Paul Convery, the council's executive member for planning, regeneration and transport, says talks with the PFRA later broke down over the extent to which face-to-face should be reduced at the borough's seven sites.

Convery sees Lord Hodgson's recommendations, which include "bringing street fundraising into the licensing regime" but relying on self-regulation if possible, as a green light for councils to take action themselves if they want to.

"If local authorities don't feel there is a need to license, they don't have to - and they can use regulation by the industry if it is satisfactory to them," he says. "Authorities that feel they want to license directly can do so."

Convery insists that he does not want face-to-face banned - he wants it to be reduced, giving more scope for local charities to fundraise. If the council set its own rules, he says, it would license, monitor and regulate street fundraising itself.

NEWCASTLE 'LOOKING AT A BYE-LAW' 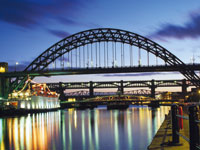 Newcastle City Council has not ruled out signing an agreement with the PFRA to regulate face-to-face fundraising, but is also considering a bye-law to control it. "We will talk to the PFRA this summer, although we have significant reservations because it is self-regulating and it has got its own interests at heart," says Stephen Savage, the city's director of regulatory services and public protection.

Savage says face-to-face affects mainly Newcastle's central shopping area, Northumberland Street, where he says about 15 fundraisers cause a nuisance. "Chugging is not conducive to helping charity collections," he says. "I think it gives them a bad name."

Savage says the council is unsure what will result from the recent review of charity law by Lord Hodgson, who recommended that face-to-face should be "brought into the licensing regime", but councils should also be encouraged to rely on self-regulation by the PFRA.

"Our position is that chugging to the degree it happens in our city centre is not helpful and does not enhance the city centre," he says. "We'll still be looking for government to approve a bye-law to improve the current situation."