Analysis: Facing up to the sector's pensions crisis

There are many threats to charity finances, but one of the most serious is from pension schemes. David Ainsworth investigates how certain schemes can leave an organisation with huge debts

Charities owe a lot of money to their pension schemes. A survey carried out last year by the Charity Finance Group suggests that the debt recorded on charity balance sheets is likely to be well over £1bn.

But David Davison, a pensions consultant at the actuarial firm Spence & Partners, who advises the CFG, says even this doesn't tell the whole story, because organisations that decide to close down or leave a scheme are treated more strictly than those that continue with it. The real shortfall might be as much as £5bn, he says.

The deficit has arisen in 'defined-benefit' pension schemes, which pay members a fixed level of income throughout retirement - usually a proportion of an employee's final salary.

Historically, these schemes were common. However, rising life expectancy and below-expected pension fund performance mean that most of these schemes are now in deficit. Most employers have now closed them and moved to 'defined-contribution' schemes, where more risk lies with the employee.

For charities that operate their own schemes, the position is serious enough. But the report The Case for Consultation on Multi-employer Pension Schemes, produced by Davison and published by the CFG this week, says the problem is much worse for charities that are members of multi-employer schemes, which bring together many organisations in schemes run by external providers (see YMCA case study below). The report says pension rules are so ill-suited to members of these funds that they have created a kind of "pensions apartheid", and it calls for a consultation about changes to the rules.

Many charities face serious financial difficulties because they have staff in these multi-employer schemes, says Jane Tully, head of policy at the CFG. For many finance directors, their charity's pension scheme is the most serious issue they face.

Davison estimates that between 4,000 and 6,000 charities have employees in multi-employer schemes that include 92 local government schemes, housing association schemes, some run by the Pensions Trust - a specialist provider of schemes to charities - and joint schemes for related charities such as YMCAs and citizens advice bureaux.

Many of these schemes are 'last-man-standing' set-ups, where the debts of organisations that shut down are transferred to the remaining members. And in some cases, the CFG report says, this 'orphan debt' already makes up 20 per cent of the total liabilities of a scheme.

Membership of these schemes has become extremely expensive, with the cost often reaching 20 per cent of an employee's salary.

If schemes become unaffordable, it creates a serious problem. Davison says: "It can create a domino effect. The cost of pensions drags organisations down, and then their debt is loaded onto the others. Eventually, no one can pay."

However, many charities cannot afford to leave such schemes, because doing so usually requires instant repayment of a deficit built up over many years. The deficit is usually higher than it would be if a charity were to remain in a scheme and is often impossible to estimate in advance. This situation, known as a 'section 75' liability, is one that few charities can afford. But charities with only a few employees remaining in the scheme are likely to face the costs of exit whether they like it or not, because as soon as the last employee retires, they will automatically leave the scheme.

In his report, Davison calls for organisations in multi-employer schemes to be segregated so that the debts of one do not fall immediately on others, and for charities that leave a scheme to be given longer to repay.

Mike Richardson, a senior consultant at the pensions expert Punter Southall, backs this assessment. "The consequences can be absolutely dire for members of these schemes," he says. "And charities usually make up a small percentage of a local government pension scheme, so there's relatively little consultation with them."

Richardson says that many charities have found themselves in difficulty because they have taken on staff when they won a local government contract and been told that they have 'fully funded' pensions.

But because a deficit becomes larger at the point of exit, this 'fully funded' status applies only so long as a charity remains in a scheme. He says a charity could take on only one employee with long service who leaves the next year, then face a bill of hundreds of thousands - often without realising such a liability was possible.

"Charities taking on public sector contracts must be very aware of this possibility," he says.

In the 1960s, the YMCA set up a multi-employer pension scheme for staff, who moved regularly from one YMCA organisation to another. Come the new millennium, the scheme faced difficulties.

It was closed to new members and future accruals, but many charities in the scheme (108 last year) had one, two or three staff enrolled who had worked for several YMCAs and had substantial pension pots.

Charities could often cope with a deficit, but when the final member of staff retired, a 'section 75' liability was triggered, meaning the charity had to pay off the whole deficit at once.

"YMCAs were having to sell off assets and take out emergency loans," says Paul Smillie, trustee of the YMCA pension scheme. "There was a risk of organisations going under."

In the end, all 400 staff and 108 charities reached an agreement on 1 May last year - all would become 'deferred members'. This meant the final employee leaving a scheme no longer triggered section 75.

"It couldn't have been done with a much larger group or a more diverse collection of employers," Smillie says. "Under the old arrangement, some individuals were left unable to retire, because they knew the charity would be shut down if they did," he says. "One guy I know hung on until 1 May, even though his health was failing, to make sure the charity was safe."

6,000 - Top estimate of the number of charities that have employees in multi-employer pension schemes

£73.4m - Barnardo's pensions deficit.It is equal to just under a third of the charity's annual income

From spring next year, it will be compulsory for the largest charities to enrol all employees in pension schemes. This auto-enrolment process will be extended over the next six years to all organisations.

Pensions will have to be at least as good as the government's own scheme, the National Employment Savings Trust, which requires employers to contribute 3 per cent of an employee's salary and employees to contribute 5 per cent.

Employees will be able to opt out of the scheme, but only once they have been enrolled by their employer. Employers will not be able to advise employees to opt out.

However, many charities have concerns that compulsory enrolment is not right for their staff.

In particular, part-time employees, those on low wages or casual contracts and those who are approaching retirement might not be well advised to become scheme members. 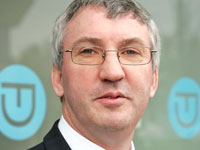 Smaller charitable employers have also been having problems finding a scheme that will take them on sensible terms, says Ian Bird (right), a senior partner at the pensions firm Foster Denovo and an adviser to the chief executives body Acevo.

"Pensions providers will close a lot of schemes when auto-enrolment comes around, because it won't be worth their while to keep them open," he says. "They're getting really serious about whether you can bring in enough people to make it worth their while."

Bird says that this process has forced Acevo to create its own scheme, which will be open to all its members, regardless of size.

Charities that are still running defined-benefit pension schemes will face problems because many cannot afford to have every employee become a member of their scheme.

The Charity Finance Group report says this means charities in multi-employer pension schemes would, in effect, have to close their schemes to new members, which would bring additional cost.

Most of the country's large charities do not face the problems brought about by multi-employer pension schemes, but many face considerable problems with historical deficits and liabilities.

Kevin Barnes, director of finance at Barnardo's, says his organisation has a deficit of £73.4m - just under a third of its annual income - and liabilities of £491m. The scheme is now closed to new entrants. 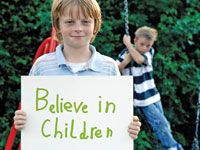 "This isn't atypical, but it looks bad because we're a big organisation," he says.

For most charities with a defined-benefit scheme, the issue now is stopping the build-up of new liabilities, he says.

"That can be done by closing the scheme to new entrants or even to future accrual. You can also move to payments based on career average earnings rather than final salary, and you can increase the retirement age."

Another step, he says, is to reduce the liabilities you already have. One way to do this is through a buy-out arrangement with an insurance company, which agrees to take all liabilities off your hands. "But this is too expensive for most," he says.

"You also need to look at whether you can change your investment strategy, increase member contributions or offer pension exchange, where you substitute the pension for other benefits such as money up front."