Analysis: A first step towards clearer regulation for fundraising

The Hodgson review was deeply critical of confusion and duplication in the way fundraising complaints are dealt with. Jenna Pudelek examines how the three main bodies have responded and hears from the four key figures

It has been less than two months since Lord Hodgson published his wide-ranging review of the Charities Act 2006, and the government is yet to respond to his recommendations.

But the Institute of Fundraising, the Fundraising Standards Board and the Public Fundraising Regulatory Association have already met and agreed what they think is the solution to one of the Conservative peer’s main criticisms of fundraising – confusion and duplication in the system of self-regulation. 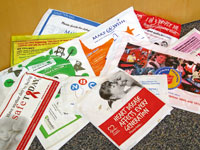 What has led to such prompt action? One factor is that the IoF has been keen for some time to clarify the system, saying in its submission to Hodgson’s review earlier this year that there was confusion about the roles of the different bodies.

Another could be the appointment last month of Sally de la Bedoyere as permanent chief executive at the PFRA, a role that had been vacant since last September. And a third may be that the government, after renewed criticism in the media of street fundraising, has made it clear that it wants improvements to self-regulation.

The agreement reached by the three bodies does not address all the problems identified by Hodgson, but it is being seen as a significant first step and perhaps lays the foundation for further progress. The three have agreed that the FRSB should be the public-facing regulatory body and point of contact for the public about any type of fundraising; the IoF will be the standards setter and writer of rules and codes for all fundraising, against which the FRSB will adjudicate; and the PFRA will cease to deal with complaints and continue to play a specialist role in setting up and monitoring agreements with local authorities on face-to-face fundraising.

But this is unlikely in itself to satisfy Hodgson. "There needs to be a single, central point of responsibility," his review warned. "This is not an easy challenge for the sector, but if the sector fails to address it, self-regulation will ultimately fail."
At the moment there is no single point of contact, because complainants who go to the FRSB are referred to the charity concerned and the FRSB itself becomes involved only in the small minority of cases that are not resolved by the charity.

There appears to be little appetite to change this, because charities already have procedures in place to deal with complaints and there would be too much expense and bureaucracy involved in passing it to the FRSB. 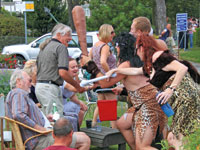 If the FRSB were to follow the model of the Advertising Standards Authority, which deals directly with complaints throughout the process, it would need significantly greater resources. This would require a much larger membership – another of the aims laid out by the Hodgson review.

He stopped short of recommending that FRSB membership should be mandatory for all charities, saying instead that there should be an ‘expectation’ that all charities with incomes of more than £1m should join.

He also called for the Charity Commission to develop a stronger relationship with the FRSB, not least because many public enquiries and complaints the commission gets are about fundraising. The commission has had meetings with the self-regulatory bodies recently and is planning to respond to Hodgson next month.

It is not clear when the government response will come, but that will probably determine whether a key Hodgson recommendation will come to pass – that a standing committee, chaired by the Cabinet Office with a core membership including the Charity Commission, the FRSB and the IoF, should be formed to drive forward changes and monitor progress. 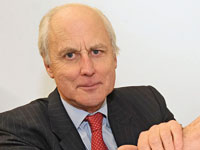 If people are upset when charities call at the door, or approach them on the street, or email them, there needs to be somewhere they can go to raise legitimate complaints: someone listens, takes up the complaint and comes back with an answer. That is going to be the key – not how the bodies are all configured. People don’t differentiate between the PFRA, the IoF, the FRSB – they just see it as fundraising, and anybody who misbehaves damages everyone’s efforts. We need to balance charities’ right to ask with the public’s right not to be hassled.

My report said the bodies needed to get together to discuss how to sort it out. It’s excellent they have agreed to collaborate and have not, as sometimes in the past, said it has nothing to do with them. It is not for me to tell them how to do it. Those on the inside all have to agree there is a problem and pool sovereignty to make it better.

What they have done is a very good first step and I hope the sector – the charities themselves – will support it. You need the charities that are collecting money to join in and not just say that everything’s fine, we don’t have any problems fundraising. Even if you have not done anything wrong, you will reap the damage done by other people’s misbehaviour. There is a public concern and it is no good saying that because we are big and famous we don’t need to worry. 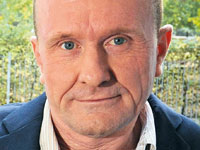 We are very pleased with the progress being made. We are all agreed that the FRSB should be the single public-facing regulatory body and that the IoF, as the body that brings together fundraisers and fundraising organisations, should set the standards.

We are still talking to the FRSB about how, but there is a commitment that the promise will be coherent with the new code. We just need to work on the detail.

This is great progress that we need to build on to ensure that the self-regulatory system is as efficient as possible and enables charities to continue to raise money as cost-effectively as possible for their vital causes.
We are working together and having constructive discussions to ensure we are together on the response to the Public Administration Select Committee in October. 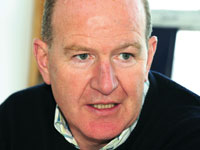 We had all been discussing it both as individuals and collectively after the review, which made it clear that the sector needed to get together to agree a single public-facing regulatory body. Clarifying our roles is a prerequisite of many of the other recommendations on regulation.

It has been a process of tidying up a little bit of confusion. There were some noises saying there was confusion and we could not ignore them, so we put out this clear, unequivocal statement.

The review says there has been progress in terms of self-regulation, but there is still work to do. We need to look at how we can accelerate membership within the sector and promote awareness of the single, public-facing regulatory body.

The PFRA has said that it is happy for its rule books to be part of the IoF’s codes going forward. Our fundraising promise is a commitment charities make to the public. It is a set of principles, not a rule. We need to look at that more closely – but it will certainly be more closely aligned to the codes.

Lord Hodgson recommended self-regulation should be revisited in five years to look at progress in growth of membership and public awareness. So there are clear challenges and this is the first step, which I think is a very positive thing. 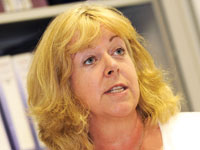 We’ve come together about Lord Hodgson’s recommendations and his points about whether the self-regulatory regime is fit for purpose.

We’ve got clarification of our roles and we were happy to put that in a public statement. In further meetings we can focus on the detail. The statement came very much from the three organisations – us, the IoF and the FRSB – working together.

It may have been confusing for people in terms of how they complained about any type of fundraising and it’s now clear that it is to the FRSB.

The IoF sets the rules for all fundraising. Our rule books for street and doorstep face-to-face fundraising will be incorporated into the IoF’s new Code of Fundraising Practice. The primary function of the rules is self-regulation of face-to-face. They are about us working with councils to ensure the site-management agreements work effectively.
On the whole, I’m not sure the statement makes a huge difference to the way the three bodies work now. If we need to add to or enhance the rules, we will talk to the IoF and work in tandem to develop them.

There are all sorts of questions raised by Lord Hodgson’s recommendations – how we can cross-promote membership and develop a critical mass. So there are lots of conversations still to be had.