Analysis: High stakes in the battle of the bags

The intense competition over the collection of unwanted clothing from doorsteps has prompted defensive action by one charity. Sophie Hudson talks to charities and the police about the latest developments

The services of forensic security companies are not routinely used by the trading arms of charities. But the Salvation Army Trading Company, known as Satcol, has started to use drastic new methods to stop unauthorised people from taking its clothing collection bags from doorsteps.

Earlier this year, it employed a firm called SmartWater Technology, which makes a solution that stays on the skin of anyone who touches items treated with it, but shows up only under ultraviolet light. A unique version of the fluid was used on Satcol bags in areas where there had been accusations that a large number of bags had disappeared. So far there have been two separate cases of people being found with its bags. 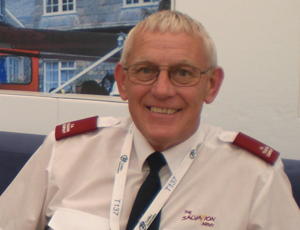 Paul Ozanne, national recycling coordinator for Satcol, says that it has referred to the police one case that has since involved at least one arrest. This was little surprise, perhaps, given the number of bogus collectors on the scene.

In the other case, according to Ozanne, the name of the organisation involved will never be confirmed. "We've spoken to them and it's been sorted," he says. "In any operation involving human beings, there's bound to be someone who makes mistakes."

Satcol's methods are the latest development in the determined and sometimes unscrupulous competition over unwanted clothing that householders are persuaded to put out on their doorsteps for charity. This competition has become more intense in recent years because of the economic downturn, a fall in the level of donations to charity shops and an increase in the price of rag.

The legitimate competitors are charities with retail outlets that put their bags through doors, make their own collections, use the best clothes in their shops and sell the rest for rag; and commercial companies that give a cut, from the sale of collections in overseas markets or for rag, to charities that do not have charity shops.

The illegitimate competitors include gangs masquerading as charities or charity partners, or even using the names of legitimate charities, which collect and sell for their own profit; and other gangs that simply prowl the streets and steal bags from doorsteps.

A third group involves companies that enter into partnerships with charities but allegedly sometimes fail to live up to verbal promises about the amount the charity will receive from the sale of the clothing (see case study).

The market has become so saturated and the competition so intense that one informed source has told Third Sector that even legitimate companies and charities are involved in petty in-fighting: "It reminds me a lot of schoolchildren all trying to blame someone else for misbehaviour."

Some charities have tried to insulate themselves from the problems by asking householders not to leave bags on doorsteps but to take them directly to charity shops. And others are concerned by growing evidence that the public is becoming so cynical about the whole business that the valuable supply of clothing will start to dry up.

Earlier this year, the National Fraud Intelligence Bureau, funded by the government and run by the City of London Police, responded to developments by setting up a charity desk to deal with bag fraud. Last month, it organised a raid and arrested members of a gang alleged to be involved in the theft of large quantities of clothing. 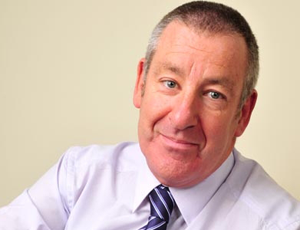 Detective Inspector Amanda Lowe, who heads the National Fraud Desk at the NFIB, says some charities have contacted the bureau to complain about other charities and legitimate agencies taking their bags. "We're aware of some rivalry between collectors," she says.

Lowe says the NFIB is not actively investigating this aspect of the problem and is instead concentrating on the criminal gangs. "We're monitoring it at the moment," she says. "If we see a trend from a certain organisation, we will have to do something about that."

Mike Lucas, retail director of the British Heart Foundation, says it has "had reported incidents" of other charities and commercial collection companies taking bags of donations left out for BHF shops. Councils also report problems. Damian Wilkins, health protection manager at Corby Borough Council, says that a neighbouring authority recently set up an operation to catch a company that was collecting clothing without a licence. In a bizarre turn of events, says Wilkins, the council sting found a charity was apparently taking bags intended for the firm whose activities had caused the operation to be set up.

Wilkins says local police and members of the public often report legitimate charities and companies to the council for allegedly taking the wrong bags. "We then write to them and tell them off," he says. "It normally works." 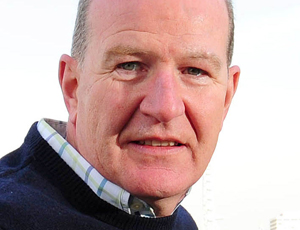 But others in the sector say they are not aware of charities taking each other's bags. This includes the Institute of Fundraising and the Fundraising Standards Board. Alistair McLean, chief executive of the FRSB, says he is not aware of the problem, but concedes that it has received a rising number of complaints from the public about clothing collections.

"Some of these complaints involve people leaving full bags outside their houses for a specific charity but then seeing someone who is not from that charity collecting the bag," he says. "None of those people have been confirmed as working for other charities, though."

McLean says charities could organise their collections better and turn up when they say they will, which they sometimes fail to do.

But there is also the option for charities to take matters into their own hands. Indeed, Ozanne is certain that Satcol's work with SmartWater is far from over. "We're going to continue to use them for the foreseeable future, without a doubt," he says. "They will become our business protection service."

Regulation: The law governing collections has its critics

Some experts say that improvements in the regulation of charity doorstep clothing collections could go a long way towards cutting out bogus collections.

Under existing legislation, anyone who wants to carry out door-to-door charitable collections must obtain a licence from the relevant local authority.

Under part 3 of the Charities Act 2006, which is yet to be implemented but is due to be discussed in a review of the act starting this year, door-to-door collectors would be required to obtain Public Collection Certificates from the Charity Commission. But it seems unlikely that the commission will have the resources to do this.

John Miley, chair of the Midlands Region of the National Association of Licensing and Enforcement Officers, says his personal view is the problem with the existing system is that different local authorities can have different licensing policies.

He is also critical of National Exemption Orders, currently held by 43 charities, which allow them to carry out collections without licences. It means they can avoid the huge administrative burden of having to apply for a licence in each area in which they carry out collections.

"I would be for a more equitable system across local authorities and charities," he says.

On in 10,000 - estimated proportion of bogus bag collections that result in prosecution by local councils

£160m - revenue generated by charity shops in the UK each year