Analysis: Martin Brookes - the ideas man who put the emphasis on impact

After a decade of stirring up the sector, Martin Brookes is leaving New Philanthropy Capital and returning to the City. Sylvia Rowley assesses his legacy and looks at where the think tank goes from here

Martin Brookes' decade in the charity sector was never going to be a cosy one. An economist by trade, he left one of the world's leading investment banks to apply some of the City's hard-headed analysis to the charity sector.

Brookes, who next month steps down as chief executive of New Philanthropy Capital, was one of the think tank's first members of staff when it was founded by two of his seniors at Goldman Sachs in 2001. It was set up to advise donors on how to give their money away more effectively.

As director of research and later chief executive of NPC, Brookes has championed charity analysis, arguing that charities must prove the difference they make to beneficiaries' lives. He has not been shy of voicing his opinion, and has described NPC as a "disruptive technology". As a result, the economist has found both staunch support and opposition during his time in the sector.

One man who is a fan despite disagreeing with some of Brookes' ideas is Sir Stephen Bubb, chief executive of Acevo, the chief executives body. "He's not afraid to tell sector organisations where they're falling down and provide tools for us to do things better," says Bubb. "Sometimes the sector can be too complacent, and sometimes people who give it a bit of a prod are exactly what it needs."

The core point that Brookes has made throughout his 10 years is that charities need to measure their impact. He has become the standard-bearer for this new approach and, under his leadership, NPC has advocated a focus on outcomes rather than inputs, such as fundraising costs, or outputs - for example, what the charity has done. NPC has also begun to develop new tools to help charities measure their results.

In 2009 Brookes co-founded the charity Pro Bono Economics to measure the wider social and economic benefits of charities. Its first completed analysis showed that one-to-one support for offenders leaving prison, provided by the charity the St Giles Trust, reduced reoffending by 40 per cent and saved the taxpayer £10 for every £1 spent.

Many charities that have received this kind of support, advice and analysis have appreciated it. "In the world that we're living in, it is absolutely vital that we can demonstrate we are well governed and effective," says Benita Refson, chief executive of the children's charity the Place2be. She says NPC's analysis has strengthened the charity's commitment to evaluation and helped it fundraise because it is "reassuring for a donor to know that their funds are being well spent". 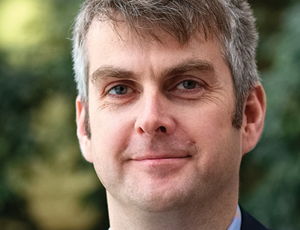 However, Karl Wilding, acting director of public policy at the National Council for Voluntary Organisations, says: "There will always be some charities that think it fails to capture the nuances of what they're doing".

One organisation that takes this view is Kids Company. Camila Batmanghelidjh, founder of the charity, which works with traumatised and disaffected young people in London, says she believes a focus on measurement is "potentially useful for organisations that can be measured easily, but destructive for those that are more complex", because they can't easily demonstrate results such as jobs or qualifications gained.

Supporters of NPC would argue that it is possible to measure more than some would think - the organisation is developing a tool to help charities measure changes in young people's wellbeing, for example - but they are aware that not everything can be quantified.

Brookes has "always focused on the quality of evidence and quality of analysis in a way that really becomes somebody who has been trained as a researcher", says David Hutchison, chief executive of the social investment consultancy Social Finance, who also moved from the private to the social sector.

But Brookes has also been prepared to go out on a limb publicly, pushing the boundaries of some of his and NPC's core ideas to provoke debate. In 2007 Brookes caused uproar when, in a lecture at the Royal Society of Arts, he called for the establishment of a public body to monitor charity performance. Taking his argument for greater scrutiny of charities further, he said the body was needed because society faced a "moral imperative" to "squeeze as much return out of charity as possible". The idea was dismissed as "regulation gone mad" by Sir Stuart Etherington, chief executive of the NCVO, with detractors arguing the sector already faced enough monitoring.

More recently, Brookes floated the perhaps even more controversial idea of ranking charities in terms of the societal value of their work. Brookes has commented before on his dismay that the British public has given more to one Devon donkey sanctuary than to the three most prominent charities tackling violence and abuse against women. "Yes, I would like to encourage giving, but I also want donations to be made more thoughtfully, with regards to need and impact," he wrote in a blog post.

However, this move beyond offering information on charities to judging them was a step too far for many. "If donors decide they wish to give to animal charities, that's their prerogative - that's what giving's all about," says Wilding. He says that he and Brookes "had some damn fine arguments over the years, and I'll miss those".

Brookes also courted controversy earlier this year when he told MPs on the Public Administration Select Committee that charities had done a very poor job at marketing themselves to wealthy donors over recent decades.

"We just don't have a very high-quality fundraising sector in Britain," he said. "There is a dearth of quality fundraisers in the UK - unlike, say, in the US."

But Brookes has also promoted some altogether less contentious concepts - the idea that charities should be able to recover their full costs from donors, for example, or the notion that longer-term funding for effective organisations is desirable.

Brookes, who declined to speak to Third Sector, said in a statement when he announced his departure that he would remain an "ardent supporter and fan" of NPC and a trustee of Pro Bono Economics. He said he would also like to be a trustee of at least one other charity.

Brookes has often argued that the wealthy can and should give more to the third sector, and that charities should be better at raising funds from bankers. He is now set to become a wealthy banker himself. Brookes earned between £90,001 and £100,000 in the year 2009/10, NPC's annual report suggests: at a hedge fund he could earn a lot more, though it is difficult to estimate how much because he has not revealed his new job title.

"I shall be watching his charitable donations with great interest," says Bubb. "I shall be keeping an eye on him."

THE SHOW MUST GO ON

What next for NPC?

Martin Brookes has become the public face of New Philanthropy Capital, but the organisation is staffed by a 30-strong team who spend their days analysing, measuring and - they hope - helping the voluntary sector.

Set up to advise wealthy donors, NPC has changed its model considerably since it began a decade ago. It increasingly works directly with charities, providing bespoke analysis and advice and developing tools to help charities measure their impact. NPC also trains other philanthropy advisers. So what can we expect to see from the organisation in the next year?

- Sector-wide impact measurement: Starting with charities working on youth justice and on prisoners' family ties, NPC is producing a new series of reports looking at how different sectors can best measure their results. This includes working with groups of charities to develop theories of change and measurement tools that they could all use.

- The Social Impact Analysts Association: Along with two private foundations based in Germany and the Netherlands, NPC has founded a new international association for people who are trying to understand and improve charities' results. The association aims to help members share, debate and develop their approaches. It opens its doors to new members later this summer.

- Measuring wellbeing: For charities that want to improve children's happiness, proving their success is tricky. As a result, NPC has created a survey to measure changes in young people's wellbeing. The service is currently in its trial period, but charities will be able to use it (for a fee) from September.