Analysis: Merlin and Save the Children

The news that the international health charity Merlin will become part of Save the Children sheds light on the changing financial climate for aid charities. Stephen Cook reports

On the face of it, there was little reason to think that the international health charity Merlin was in any kind of trouble. Its income faltered last year, like that of many development charities, but the general trend has been upward, its reputation has flourished and it has won numerous awards.

So the announcement two weeks ago that it had been taken over by Save the Children came as a surprise and brought to light Merlin's growing struggle in recent years to generate enough unrestricted income to compete for funding from governments and international institutions.

International aid contracts nowadays increasingly require significant up-front funding to finance the bidding process and set up or maintain programmes in the period between signing an agreement and the arrival of funds. Such pre-financing has to come from unrestricted income, which is not tied to particular projects and can be used for any purpose. 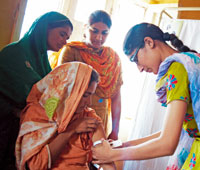 "Merlin has grown significantly," says Jules Mason, head of the chief executive's office at Merlin. "It works in 18 countries and is in a strong place and solvent. But a range of institutional donors have made pre-financing a requirement and we are not always able to put up that kind of money. We have been raising money from individual donors for eight years, but it is not our strongest stream."

Against this background, Merlin's board evidently took a hard look at the future, decided that it could not on its own realise its ambitions to expand and began exploring the options. At the end of February its chief executive, Carolyn Miller, asked to meet the chief executive of Save, Justin Forsyth.

"We have always wanted to use partnerships to get a larger geographic coverage," says Mason. "Save has always wanted to do more health work, so it made perfect sense. It's an exciting opportunity."

Crucially, Save does not have Merlin's difficulties over pre-funding because it excels at raising public donations: its 2012 annual report shows income of £284m - nearly five times that of Merlin - of which £78m (£43m after fundraising costs), or 29 per cent, was unrestricted. "The unrestricted money we receive from the public allows us to set up programmes quickly and effectively in humanitarian crises, which in turn attracts institutional funding," says a Save spokesman. 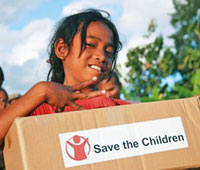 The February meeting of the two chief executives led to more board discussions, negotiations and due diligence, followed by the recent announcement - the biggest charity amalgamation since that of Age Concern and Help the Aged in 2009, and the first involving major aid charities in recent times. The arrangement, however, could hardly be called a partnership. Save the Children is taking over Merlin, which has become its wholly-owned subsidiary. Legally, Merlin remains a separate charity, but Save is now its sole corporate member; all of Merlin's previous nine-strong board have stood down; and Save has appointed a new five-strong board.

Two of the new trustees were on the previous board - Dr David Heymann, a specialist in infectious diseases, and Gareth Davies, an accountant who was the treasurer. Two appointees are from the Save board - Richard Winter, the treasurer and a partner at PwC, and Mark Esiri, the founder of a venture capital firm. The fifth is Alex Wilmot-Sitwell, a Save vice-president and a senior executive at Bank of America Merrill Lynch.

It is clear who is now in charge, not least because Miller stepped down as Merlin's chief executive the day after the announcement and David Alexander, a former Red Cross director, was appointed by Save as interim chief executive. Questions about the terms of Miller's departure have not been answered. Justin Forsyth, chief executive of Save, says it was Miller's decision. "She wanted to take it to this stage and then go," he says. "She has left on a high, and it's a credit to Merlin's leadership that it was looking to the long term."

Richard Gutch, a consultant who has studied charity mergers, says setting up a wholly-owned subsidiary is becoming a common model, used by the RNIB when it came together with Action for Blind People in 2009. The model was also used last year when Crime Reduction Initiatives took over another criminal justice charity, Sova.

Gutch says it is often a staging post towards a full merger or a group structure controlled by a holding company. Its advantages are that the subsidiary organisation can keep its identity and avoid the Tupe regulations that govern the transfer of staff. Its disadvantages could be that it might not offer the same efficiencies as full merger: duplications might continue, although some savings might be achieved by sharing HR or finance functions.

But the new arrangement between Save and Merlin is expected to last only about 18 months while Merlin programmes in recipient countries are gradually integrated into the country manager structure of Save the Children International, which was recently established as the single delivery arm for 30 Save the Children organisations in donor countries. After the transition period, Merlin will become part of Save's management and governance structure, but the details have not been explained. "I can't speculate on the end point," says Mason. "The practicalities are still to be worked out." It is also unclear whether any members of Merlin's board will be appointed to that of Save.

Forsyth says: "In the longer term, the Merlin board won't exist in the same way. It won't remain separate. When it is with Save completely, we will keep and expand Merlin's programmes, taking them to another level.

"The transition will have to be managed carefully, but a lot of Merlin staff are excited about what's happening - they have created a world-class organisation and can now widen it through the Save the Children platform."

He concludes that the move makes perfect strategic sense. "Merlin is solvent and under no immediate pressure, but it needs the long-term stability and protection of a bigger organisation that has more financial flexibility," he says.

"On our side, we want to do more front-line emergency health work. We were persuaded that combining Merlin's world-class staff and expertise with our global platform would save the lives of more children and families around the world."

Asked if the name Merlin will survive, a Save spokesman says: "In the longer term, a commitment to the outstanding front-line health work at the heart of Merlin's reputation will continue to underpin public support for our work going forward." This sounds distinctly like a "no".

HOW THE DEAL WAS SPUN

Carefully scripted news releases from both charities said that Merlin was "joining" or "becoming part of" Save the Children, emphasising their shared values and the potential for saving more lives. The charities' spokespeople were reluctant to spell out what soon became clear - that Save has taken over Merlin, which is now a wholly-owned subsidiary.

"We have deliberately not used that language," says Justin Forsyth, Save's chief executive.

Richard Gutch, the charity merger specialist, says charities undergoing changes of this kind often strive to present themselves as continuing organisations in the hope of keeping donors and fundraising income.

"They want to avoid the impression that there's something radical going on that might make people think again about supporting them," he says.

"As soon as you mention takeovers, people think there's something wrong, perhaps because of the hostile connotations of the word in the commercial sector. This is unfortunate because the new arrangement can make a lot of sense for charities and be really positive.

"When the Development Trusts Association and Bassac came together to form Locality, for example, it was a takeover in legal terms, but was very much a joining together of equals." 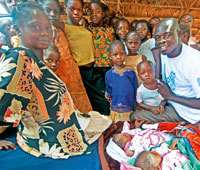 The charity was founded in 1993 by Dr Christopher Besse, Nicholas Mellor and Mark Dalton. Its first mission was a convoy to Bosnia with £1m of food and medicine for war victims. It has since worked in humanitarian crises including the Rwandan genocide, the 2004 tsunami and the Pakistan floods of 2011.

18 - Countries where it works

184 - Staff in other countries on UK contracts

SAVE THE CHILDREN UK 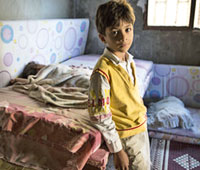 The charity was founded by Eglantyne Jebb in 1919 to help children on the losing side of the First World War. There are now independent Save the Children organisations in 30 countries, contributing to famine relief and development efforts through the operating arm Save the Children International.

120 - Countries where Save works