An assessment has found last year's participants were positive about the scheme, but costs have gone up and not all observers agree it is worth the money

The latest evaluation of the National Citizen Service once again portrays an upbeat picture of the government programme for 16 and 17-year-olds.

Researchers from the NatCen, a social research charity, found that participants in the scheme in 2012, the second year of the programme, were overwhelmingly positive about it: 86 per cent of those who took part in the summer programme said they would recommend it to friends. The researchers estimate that for every £1 spent on the programme in 2012, savings of up to £2.80 were made on behalf of society.

Other figures might cause more concern. In 2012, 32,000 places were offered to young people, but only 26,003 were filled and approximately 3,500 of those who started the programme dropped out – meaning that almost 10,000 places either went unfilled or weren’t completed.

The cost per place of the programme – a residential module and a volunteering project – has also risen significantly. In 2011, figures provided by the government to the Education Select Committee indicated that the cost per place would be £1,182 for 2011, but the actual cost for that year was £1,553.

The government’s estimate was £1,233 for 2012, when the actual figure was £1,662 – 26 per cent higher than the estimate. The government also failed to realise its hopes of attracting notable outside investment in the programme in 2012, which cost £36.8m to deliver. In 2011, £3m of the £17.2m invested in the programme came from outside sources.

Andrew Mycock, a lecturer and reader in politics at the University of Huddersfield, has major concerns about the scheme and the evidence that underpins it. "I’m not opposed to the service, because it obviously does some good, but it’s not surprising it’s doing that, given the amount of money that has been spent on it," he says. He points out that an NCS place costs 29 per cent of the £5,700 average cost of a year of secondary education.

Two of the primary aims of the programme are to encourage young people to become more active members of the community and to change attitudes to people from different backgrounds. But the 2012 study found no significant change in attitudes towards people from different backgrounds and said the young people who took part in the programme were already more likely to help out locally than their peers.

Mycock says: "It’s not great at improving social mixing, and most of those who are taking part are already socially active."

A separate study, published alongside the 2012 evaluation, analysed the continuing impact of the programme on those who took part in 2011. It found that the NCS led to improvements in areas such as communication skills, teamwork and leadership, and social mixing, but some of the improvements were only short term. The programme had also failed to lead to greater levels of volunteering among those who took part, with young people citing the demands of education as one of the chief reasons why they didn’t have time to volunteer.

This follow-on study also downgraded the social benefits of the 2011 programme. Researchers estimated last year that it would bring up to £28m of savings for society for the £17.2m spent on the programme in 2011; but the latest study says the benefits from the 2011 programme are more likely to be between £9.7m and £13.6m.

Mycock says: "Last year’s evaluation said that the programme brought about £2 of social benefit for every £1 spent, but the figure is actually nearer to £1 for every £1 spent. This figure is very low compared with many social programmes, where you’d expect a ratio of more like six to one." 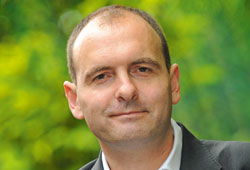 Craig Morley (right), chief executive of the Challenge Network, the largest provider of NCS places, believes that the programme does make a difference to young people’s lives. "In terms of behavioural changes, we’ve seen a much greater interest in volunteering and people generally becoming engaged in their communities," he says.

Of the 9,200 young people who took part in the Challenge Network’s part of the NCS programme in 2012, 60 per cent had never volunteered before. And of the 8,500 who completed the programme, more than 50 per cent stayed involved in some community action.

Youth unemployment has become a major issue for young people in recent years, and Morley believes that the NCS can have an effect. For example, the Challenge Network has started a scheme that guarantees job interviews or work placements – either with it or with other local employers – for young people who complete the National Citizen Service and remain involved with community action projects for a sustained period.

In June George Osborne, the Chancellor, committed to making 150,000 places available on the NCS in 2016. Based on the latest figures, that would cost the state about £249m, although a government spokesman says that it expects the cost of each placement to fall in the next few years as more suppliers get involved.

Mycock disagrees with the sums of money being invested. "The speed of the expansion is not justified," he says. "It is clearly a political agenda and not based on the evidence."

No one from the Cabinet Office was available for comment.