Over the past few months, the voluntary sector has been attempting to measure the scale of government cuts to charities and, this month, the results of two separate studies were published.

Then the National Council for Voluntary Organisations published a report that estimated the sector would lose £2.8bn of public funds over the next five years. The figure was based on a breakdown and analysis of figures from the Office for Budget Responsibility, a watchdog that analyses the UK's public finances.

Both studies involved a lot of data crunching. But how reliable are the figures and what benefits, if any, will they provide?

Eric Pickles, the communities secretary, threatened in March to take legal action against councils that made "disproportionate" cuts to the sector. He has not yet taken any such action and his department told Third Sector it did not wish to discuss the latest research.

Karl Wilding, acting director of public policy and communications at the NCVO, says he hopes it will encourage ministers to introduce policy changes that will soften the blow for the sector. "Robust evidence is one of the things that leads to policy changes," he says. "I'm not naive enough to think that policy is based on evidence alone - it also comes down to other things, such as public opinion and the gut instincts of ministers - but I think evidence is necessary."

Some, however, doubt whether the research will effect change. One policy expert, who asked not to be named, says: "It helps us to understand the world, but I'm not sure it changes that world."

He says ministerial initiatives to mitigate the effects of charity cuts, such as the £107m Transition Fund, were set up because the government was "getting a pretty poor showing in the media" rather than as a result of the statistical evidence.

It is clear that the figures should be treated with caution. The NCVO's report says the £2.8bn figure is based on proportional cuts, and it warns that some disproportionate cuts have been made. False Economy says its figures are just a snapshot. Barney Mynott, policy and communications manager at the local infrastructure umbrella body Navca, says: "The reports don't necessarily show the impact of cuts. A cut of a relatively small amount of money could be devastating for a small charity with few other sources of income, while a larger cut could have less of an impact for a charity that had replaced it with funds from elsewhere." 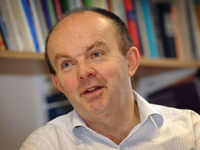 "To do the research properly, you would need to look at the variation in the ways councils interpret the question about cuts to voluntary sector budgets," he says.

Wilding says one benefit of the data is that it keeps the issues in the public eye. "I get the sense sometimes that the government wants to move on from the cuts agenda and talk about opportunities instead," he says. "There are opportunities, but I think it's vital that they are seen in the context of cuts."

Tom Elkins, manager of Compact Voice, which has also been gathering data on the cuts, says the statistics have other purposes. "It helps us to identify the areas that have been the hardest hit, where we might want to step in and work on reducing the impact," he says.