Analysis: a new role for the National Fund?

This 'patriotic' charity, set up in 1927 to pay off the national debt, has never paid out any money and is considering becoming a grant maker. David Ainsworth investigates

In the years after the First World War, the UK was grappling with high levels of national debt, which gave rise to fears about the long-term economic prosperity of the nation. The debt was about 140 per cent of gross domestic product immediately after the war, compared with 60 per cent today, and by 1927 it had risen to 160 per cent.

This prompted a patriotic anonymous donor in that year to give £500,000 - the equivalent of about £20m in today's money - to set up the National Fund, a charity whose sole aim was to accumulate enough funds to pay off the entire debt. 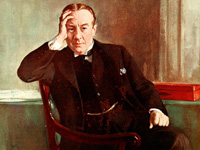 The idea of a charity for this purpose seems to have been inspired by the Conservative politician Stanley Baldwin, who in 1919, when financial secretary to the Treasury, wrote to the Financial Times suggesting it would be patriotic for British citizens to help pay off the debt. He set an example by giving £120,000 - worth about £5m in modern terms.

Eighty-four years after the fund was founded, it has made no payments at all and is worth an estimated £319m, making it the 29th richest charity in the UK. Its only outgoings are its running costs, shown in the accounts as about £350,000 a year, paid to bankers and lawyers. From time to time this unusual charity briefly attracts attention - as when the political blogger Stuart Bonar mentioned it during this year's party conferences.

With the UK once again saddled with high levels of debt, now might be an ideal opportunity to put the money to good use. But there's a problem. When the initial gift was made in 1927, the donor stipulated that the money could be accessed only when the fund had grown sufficiently to pay off the nation's entire national debt. Given that the UK's national debt stands at £984bn, the fund is unlikely to achieve its goal for at least another 600 years, if growth continues at the present rate.

Barclays says that after it took on responsibility for the fund it immediately took action by placing a request with the Charity Commission to change its objects to allow it to give grants. Almost three years later, however, neither Barclays nor the commission can say when this might happen.

The commission says that it "remains in discussions with the trustees about the adequacy of the charity's purpose to deliver public benefit". Barclays says that it is unable to give any information about when the charity might start making grants, or who would be eligible to apply for them.

Tom Murdoch, a charity lawyer at Stone King, says that it is "entirely within normal experience" that it can take three years to change a charity's objects, and that it usually indicates disagreement between the commission and the trustees. "I think the commission would be supportive of a change of objects," he says. Neither the commission nor Barclays are willing to comment on the reasons for the delay.

Jonathan Brinsden, a partner at the solicitors Bircham Dyson Bell, says the principle is clear that a charity should not be able to accumulate cash indefinitely. "There's a law that says a trust cannot just accumulate income for more than 21 years," he says. "That doesn't apply only to charities, but also to any trust."

The commission argues that under section 9 of the Superannuation and Other Trust Funds Act 1927, trusts can be exempt from the rule if it helps to further their objects.

Brinsden says he feels it is right that the National Fund should change its objects.

"It's doing nothing," he says. "The only people deriving any benefit from it are the lawyers and bankers who are being paid £350,000 a year to manage its money."

Stephen Lloyd, head of charities at Bates Wells & Braithwaite, says that because the fund is unlikely ever to achieve its goal of paying off the national debt, the money should be given to social lenders to invest in third sector organisations.

"Why not entrust the money to the management of, say, Charity Bank?" he says. "The capital could grow and do something useful too."

There is little the sector can do, he says, to speed up the process of turning the National Fund into a grant-giver or social lender. "The only way to do so is to lobby," he says. "The power to make changes rests with the trustees and the commission."

£350k - Current annual running cost of the fund. This is paid to lawyers and bankers