Each year, charities apply for well over a million grants from foundations and government bodies. Most grant-makers ask charities to fill out application forms and require successful applicants to report on how the money is being spent.

A new book, It Ain't What You Give, It's The Way That You Give It, by Caroline Fiennes, director of the donor consultancy Giving Evidence, claims that this process is hugely wasteful for charities. 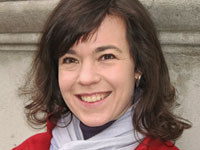 In total, Fiennes (right) says, charities waste more than £100m a year making duplicated or unnecessary reports to grant-giving foundations and government bodies. Funders do not always make it clear what they will and will not fund, she says, and millions of pounds more are wasted on inefficient application processes that require charities to jump through unnecessary hoops.

Her numbers are broad estimates based on figures developed by the sector consultancy and think tank New Philanthropy Capital, which suggest that 7.7 per cent of the £5.4bn given annually in grants to charities is spent on reporting to funders.

"I've conservatively estimated duplicated and unnecessary information to make up 25 per cent of that cost, which produces my figure of £100m," says Fiennes. "It's probably much higher."

Many of the problems, she says, could be solved if funders thought more about whether they were giving in the most effective way, and if they worked more closely together to develop standard processes.

"When you apply to universities, you fill out one form," she says. "Why can't we have that in the charitable sector? Why do you have to fill in scores of forms and write on all of them your name, your trustees' names and your charity number?

"And is it really necessary to have an application process at all? Why not seek out charities that you think are effective and just fund them? Or find someone else who's an expert in funding the area you're interested in, and work with them?"

Others who have studied the grant-giving process agree that much of the paperwork charities have to produce is unnecessary.

"There is considerable waste in grant-giving," says Jay Kennedy (right), head of policy at the Directory of Social Change, which in 2010 released a report showing that a third of grant applications were rejected as ineligible. "There's huge variation between trusts, and it's not necessarily the case that smaller funders are worse."

He says many trusts spend little on administration because they want all the money to go to causes they fund. "But they don't think about how much time they waste for the people they reject," he says. "Funders need to make sure their website is effective, that they communicate clearly what they'll fund and that there are enough staff to process applications.

"We think a lot more could be done to share learning and good practice. All grant-makers face common problems. They should communicate better about how to solve them."

Peter Wanless (right), chief executive of the Big Lottery Fund, which is generally considered to have good application and monitoring processes, says many people underestimate the expertise needed to be a good funder. His advice is to ask only for the information you need.

"The main thing you should try to do is be clear about what you expect," he says. "If it's a small grant scheme, then making sure it's got a quick turnaround is really important. When people are looking for larger amounts of cash, we try to use a two-stage process.

"First, we have an outline proposal stage, where people shouldn't be put to too much trouble. If you get to the second stage you will have to give a lot more information, but you should have a one in two chance of getting the grant.

"In our current thinking about our next targeted investments, we've been talking to other funders and the Department of Education about seeing whether we can construct a more common set of measures that reduce bureaucracy and effort in applications and allow for common measures of impact."

Sarah Keen, a senior consultant at New Philanthropy Capital who co-wrote a report in 2008 called Turning the Tables, says her research showed many funders in England took no steps to standardise the information they wanted from charities, or when they wanted to receive it, even if several of them were funding the same project.

"We found there was a lot of duplicated information," she says. "Charities had to fill out the same information in different forms and provide details they did not think were useful to anybody. We feel that funders should work with charities and each other to develop what information needs to reported."

Keen's report led the Cabinet Office to produce guidance called Principles of Proportionate Monitoring and Reporting four years ago. But she says there is anecdotal evidence that nothing much has changed.

David Emerson, chief executive of the Association of Charitable Foundations, says his members have made various attempts to standardise grant forms. "But one of the strengths of foundations is that they are independent and different," he says. "Previous attempts have foundered on the fact that individual foundations need different information. Of course, foundations could all be proactive and choose who they'd want to fund, but I think the sector would find that less democratic and less satisfactory."

Emerson says that much of the waste in the grant-giving process is caused by charities making round-robin applications. "Many applications our members receive are ineligible because charities just haven't read the criteria, " he says. But he believes savings can be made on reporting in cases where several funders are supporting the same project or the same charity.

"I think it will prove to be easier to share information in this area," he says. "The catch is that grants are made at different times and for different things." 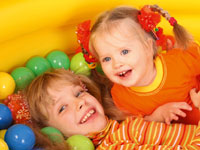 The Sainsbury group of 18 charities share a common application system.

Unsolicited applicants receive an immediate letter saying they will be contacted within six to eight weeks if they are to be considered for a grant, says Alan Bookbinder, director of the trusts.

"Once someone is under consideration by trustees, we feel justified in asking for a lot more information because there's a 50 to 60 per cent chance of success," he says.

However, many Sainsbury trusts choose projects to fund rather than asking for applications, he says.

The trusts demand reporting on how money is spent, but will usually allow applicants to report in whatever manner they feel is most appropriate. The trusts will also speak to co-funders to try to ensure they require the same information in the same way.

The opening application process is very short, but a third of all applicants fail either because of technical mistakes or ineligibility. Those who make mistakes are asked to correct them. Those who will never be eligible are told quickly.

Of valid applications, 40 per cent are successful.

Applications are made online. Children in Need has an online guide highlighting what will and will not be funded, and how each question should be answered. Applicants are encouraged to phone and discuss applications.

Reporting will shortly move online. Malley says she is very interested in ensuring that charities report information that is useful to them as well as to the funder.

"We really want to move towards a system where charities think about reporting impact," she says. "What we want should be compatible with other funders."

NatWest bank last year made 396 grants of £6,000 to community organisations around the country through a small grants scheme that is run directly by the bank rather than by a charitable foundation.

More than 5,500 charities applied, meaning the fund had a 93 per cent failure rate. In addition, NatWest required charities not only to make an application, but also to persuade their supporters to go online and vote for them in the awards process.

"This is my most hated example of poor grant-giving," says Fiennes. "The fund went out of the way to solicit more applications than it needed. The amount of work involved in the process means the voluntary sector may have spent more applying than it received." 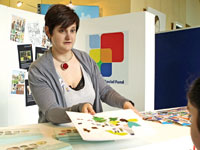 Perhaps the worst offender in terms of complexity of reporting is the European Social Fund, which notoriously requires recipients to account for every penny spent: one charity was told last year that it still had to keep documents dating back to 1994, while another had to repay part of a grant because it supplied an unvalidated train ticket among its expenses.

More seriously, in 2010, Voluntary Action Manchester announced its closure following an eight-year dispute with the ESF over receipts for £138,000 of grants given to local organisations.

Jonathan Scheele, head of representation for the European Commission, says it is trying to cut bureaucracy, but must meet monitoring requirements from 27 EU states.