Analysis: How People Can was forced into administration by the liabilities of the past

Earlier this month People Can, a medium-sized services charity for vulnerable people, went into administration, with the loss of 70 jobs, after failing to agree a deal to pay off its £17m pension deficit.

People Can was a member of the Social Housing Pension Scheme, a multi-employer defined-benefit scheme run by the Pensions Trust - which, along with many other multi-employer schemes, faces a substantial deficit. 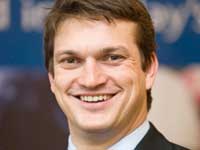 Maff Potts (right), chief executive of the charity until two weeks ago, lays the blame for the decision at the door of the Pensions Trust. But Stephen Nichols, chief executive of the Pensions Trust, puts forward a very different view. Potts says his charity's pensions deficit increased this year, when it also sold its largest asset, the Contemporary Urban Centre in Liverpool but found it was worth only £6m - less than its book value. Nevertheless, the charity was turning over £8m, he says, and could meet its pensions contributions - likely to be more than £250,000 a year.

But he says that when the real value of the CUC became apparent, he was told by the Pensions Trust that People Can was "insufficiently resourced" and that the trust would serve notice requiring payment of its entire £17m debt, which would force the organisation into administration.

"We got a balanced budget and were winning new services," says Potts. "The Young Foundation called our approach 'the future'. We were about to receive £6m in cash and we were making a surplus. We would have been able to continue for at least 10 years if we did not have to pay off the whole pensions deficit." 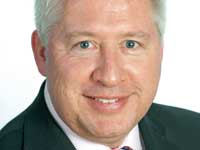 Nichols (right) says the trust would be happy for People Can to remain in the scheme, even with no assets. He says that the charity went under because of "poor financial management and general market conditions" and that many organisations with fewer assets than People Can are still members of the SHPS.

Ian Oakley-Smith, a director at PwC, who has been appointed administrator of the charity, says it would have been difficult for it to avoid administration. "The charity was effectively balance-sheet insolvent," he said. "It would be a brave group of trustees who wouldn't seek administration in those circumstances."

However, he also says that many pension schemes would be keen to protect their position. "A pensions scheme could have concerns about how the sale proceeds of the CUC would have been applied," he says. "They would be reluctant to risk seeing those assets dissipated."

Potts says he approached the Pensions Trust with a compromise agreement that would have let the trust realise more money than it could through the administration process and allow People Can to merge with the homelessness charity Broadway.

He says this agreement would have answered one of the Pensions Trust's major worries - that any deal would affect its eligibility for the Pension Protection Fund, which protects members of defined-benefit schemes in case their employers go bust.

Potts says that this agreement had received support from the Pensions Regulator, and that the legal basis of the scheme meant that it would definitely not have affected the PPF. Nichols, however, says that there was little value in taking the deal, and that it carried considerable risk.

While Potts lays the blame for the immediate problems at the door of the Pensions Trust, the original issue dates back to the time People Can was formed by the merger of Novas and the Scarman Trust. At that point, Novas, a registered social landlord, brought with it a pension debt of several million, but also an income of £20m a year and £40m of assets.

In 2008, however, a report carried out by the auditors BDO found problems. It said the charity was mismanaged and concluded that "the structure of Novas is unsound" and that it was "inadequately supervised by its board". The report led the Tenant Services Authority to force the charity to divest itself of its housing assets, most of which were passed on to the One Housing Group.

Potts, who was appointed after this point, says he has since been advised that the pension debt should have been transferred out along with the housing stock. However, the debt remained with the charity. Even so, the now much smaller charity retained ownership of the CUC in Liverpool, which had been built at a cost of £17m, as well as other property assets.

The pension scheme was finally closed to new members in 2010, although it remained open to future accruals by existing members. Only recently, as markets and property prices fell, has the extent of the problem become clear.

Potts says he hopes his example provides a lesson to other charities. "Pension schemes are like the Mafia," he says. "You can't leave because, if you do, you have to pay off everything you owe. But the longer you stay, the more you have to pay. The debt keeps getting larger.

"If you have a defined-benefit pension scheme, be careful. If you can, scrape together whatever assets you've got and get out."