Some UK fundraisers fear that draft regulations will make a big dent in the income of charities, but EU officials and politicians say that little will change. Sophie Hudson looks at the proposals and their potential impact

Imagine the scenario: new European Union rules force charities to start asking supporters and potential donors to tick a box giving explicit permission to receive direct mail, setting aside the current practice in which direct mail is authorised unless an opt-out box is ticked.

Add to that a rule on 'profiling' that would, for example, prevent charities sending appeals to everyone called Wayne in the knowledge that they are likely to be between 35 and 40 years old, and the result would be, according to some fundraisers, a disastrous threat to the income of charities. 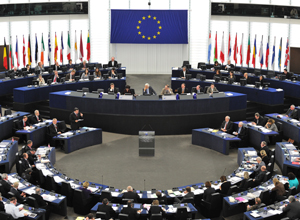 Fewer people would opt in than currently opt out, they argue, so the data lists on which charities depend would shrink and decay; and that, combined with profiling restrictions, would lead to a growth in mass 'door drops' of unaddressed mail, increasing the volume of unwanted paper coming through people's letterboxes.

It is a scenario that some fundraisers believe is imminent. Stephen Pidgeon, an experienced direct mail fundraiser and a trustee of the Institute of Fundraising, warns that if it happens charities will be "countless millions" worse off. "Direct mail brings the money in," he says. "And if your mailing list decays, who are you going to ask for legacies? If that disappears then, my God, watch out."

But will this really come to pass? It is difficult to say at the moment, because the provisions of the draft EU regulation on data protection, put forward last year to update the 1995 regulation in the light of the growth in internet use and e-commerce, is currently being debated by the civil liberties, justice and home affairs committee of the European Parliament. It will be amended and sent back to the European Commission later this year for further consideration and consultation with ministers from individual countries on the Council of the European Union, and it could be several years before it is finalised.

But the commission has given assurances that charities will be able to carry on using direct marketing in the same way as they do now. European Commission spokeswoman Mina Andreeva says that, under the new rules, explicit consent will not be necessary for any marketing. "If the data subject does not object, then data can be processed for marketing purposes," she says. Profiling, she adds, would be limited only in cases where it would significantly affect the individual. "This is clearly not the case for marketing," she says. "We have had rules on profiling since 1995. If your activity is in compliance with the rules today, you have nothing to fear." 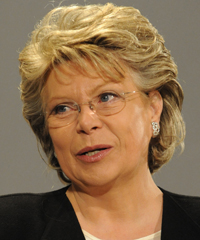 Viviane Reding (right), vice-president of the European Commission in charge of justice, fundamental rights and citizenship, said in a speech in March that the criterion of 'legitimate interest' could still be used by charities that wanted to send out marketing materials. "'Legitimate interest' is the ground currently used by the marketing industry," she said. "It will continue to be used by the industry. From the perspective of this regulation, consent is irrelevant in such cases. It will continue to be irrelevant."

The rapporteur of the civil liberties committee, Jan Philipp Albrecht, a German Green Party MEP, has proposed an amendment to the draft regulation that includes examples of what legitimate interest would mean in practice. In this list he includes "processing of personal data necessary for registered non-profit associations, foundations and charities, recognised as acting in the public interest under EU or national law, for the sole purpose of collecting donations".

Others go further, dismissing entirely the fears that have been voiced by the IoF and the Direct Marketing Association in the UK. "We are totally swamped with wild misinformation on this topic," says Joe McNamee, executive director of European Digital Rights, which monitors the rights of the citizen in the digital environment and coordinates international activism. He sees the draft regulation as an opportunity for greater protection for the citizen that could be damaged by misinformation about explicit consent for postal direct mail, which he says will remain broadly unchanged.

He believes the type of profiling charities do would not be affected by the proposals, but is adamant that profiling in general does need to be restricted. "You might not know where you were at 7.15pm on 23 October or what mood you were in - but a profiling company might know this and, as the technology develops, will definitely know in the future," he says. He foresees a time when companies and governments could even produce insights into our personalities."This is why profiling is suitable for restrictions," he says. 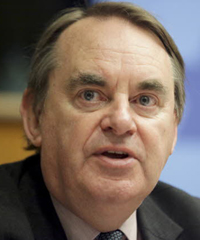 Henri Colens, assistant to the UK Conservative MEP and civil liberties committee member Timothy Kirkhope (right), agrees that the new directive is unlikely to make opt-in necessary for direct mail, but says restrictions on profiling might change. "We're working hard to ensure direct mail opt-out rather than opt-in continues - but that's just a hope," Colens says. "I think profiling is a tricky one in the committee at the moment. You've got a situation in which companies such as Google are using data to build a profile of people, so that kind of business will probably be restricted. I think direct mail has more of a chance of staying the same than profiling, which I think will be reined back a bit."

Another fear raised by the IoF - that charities would have to retrospectively ask permission to mail existing donors - is less of a concern, says Ben Ennis, director of direct marketing and media agency MediaLab, which has been lobbying over the proposed changes. "I don't think that's the main point the IoF should be concerned about," he says. "I suspect it will be agreed that it is unrealistic - I suspect things like that are tossed in and can be negotiated out to seem appeasing, while the rest of these changes stay in there."

Daniel Fluskey, head of policy and research at the IoF, says its concerns are representative of its members and it is now waiting for further clarification from the commission and MEPs.

Caroline Roberts, director of public affairs at the Direct Marketing Association, says it remains concerned over the possible introduction of explicit consent, despite assurances from the commission about the 'legitimate interest' provision for marketing purposes. "We were pleased Ms Reding said what she did, but that is not how the current wording of the commission's text reads," she says. "We will carry on lobbying until we can be sure."

VIEW FROM GERMANY: Laws hit the hunt for new supporters 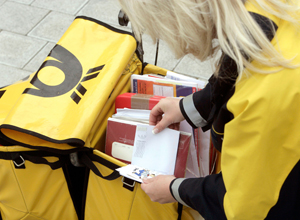 Personal data protection laws in Germany, which are similar to the opt-in rules many fear could be introduced across the EU, are making it increasingly difficult for charities to find new donors through direct mail.

Katja Deckert, programme director at the conservation charity Nabu, says German law requires any company or charity that buys a list of names and addresses to have the list checked by a broker to confirm that the people on it have opted in to receive direct mail marketing.

She says there is also a 'Robinson list' - the equivalent of the Mailing Preference Service in the UK - which people can join if they do not wish to receive promotional mail. No marketing mail can be sent to people on this list.

But according to Deckert, a special exception in German law says that even if people have not explicitly opted in to receive direct mail, NGOs can write to them once, as long as they are not on the Robinson list. Charities often make use of this to ask people to opt in to receiving future direct mail from them, but she says there is a very low response rate.

The rules are equally strict on telephone fundraising: charities must get written permission from people to call them. "It's becoming harder and harder to find people to write to or call," says Deckert. "As some donors start to disappear for various reasons, such as age or because of the financial climate, it is increasingly difficult for charities to increase their supporter base.

"These laws make it very difficult for charities."