Some MPs want to turn back the clock because of the Plymouth Brethren case - but is there sufficient political and legal momentum to change the law?

The campaign to win charitable status by the Preston Down Trust, a Plymouth Brethren congregation in Devon, has been steadily gaining momentum in Westminster. The issue has been raised in the Commons, strong opinions for and against have been voiced in the Public Administration Select Committee's inquiry into the regulation of charities, and sympathetic MPs have accused the Charity Commission - which turned down the trust's application in June - of discrimination and restricting religious freedom. 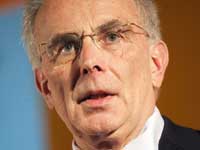 A significant milestone in the affair was reached last month, when the senior Conservative backbencher Peter Bone (right), MP for Wellingborough, presented a ten-minute rule motion in the House of Commons, seeking leave to bring a bill to amend the Charities Act 2011 so it would treat all religious institutions as charities. He backed it with an article on the Conservative Home website asserting that "the liberal, secular elite of the Charity Commission are on a very dangerous path of restricting religious freedom", and with a letter to No 10 Downing Street signed by 113 MPs. A similar letter was published by The Daily Telegraph, signed by 53 MPs.

Bone's ten-minute motion was supported by 166 MPs; seven voted against. Most bills introduced under the ten-minute rule pass their first reading, and the second reading of this one is due in March. But they are usually regarded as no more than a barometer of parliamentary opinion and rarely become law because they are usually opposed by the government in the later stages.

Bone is proposing, in effect, to turn back the clock to the days before the Charities Act 2006, when any charity that advanced religion, education and the relief of poverty was presumed to provide public benefit. The act requires that all charities, whatever their purpose, should be able to demonstrate that they provide public benefit.

The Preston Down Trust application was turned down by the commission on the grounds that it was not satisfied that the trust provided public benefit. It cited lack of meaningful public access to its religious services and allegations that the Plymouth Brethren's doctrine of separation from wider society can be harmful. The trust's appeal against the decision is to be heard by the charity tribunal in March.

The change in the public benefit requirement was a centrepiece of the 2006 act and has always been questioned by some lawyers, politicians and legal commentators, who argue that charitable status should be determined only by whether an organisation's purposes are charitable. 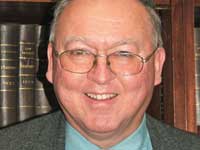 Chief among them is Professor Peter Luxton (right) of Cardiff University, who has submitted a strong critique to the Public Administration Select Committee. He wrote: "There has never been any requirement that a charity must 'operate' for the public benefit as a charity's purposes are necessarily for the public benefit - it is enough that a charity merely carries out its purposes".

This principle has been firmly established in case law, Luxton argues, and he accuses the commission and the charity tribunal, which decides on appeals against Charity Commission decisions, of disregarding it.

The commission argues that the requirement of public benefit has always had to be met for an organisation to be a charity. "The law prior to the 2006 act suggested that the benefit of the charity's purpose could be presumed unless there was evidence to the contrary," says a spokeswoman. "The public aspect of public benefit still had to be demonstrated if it was not clear." 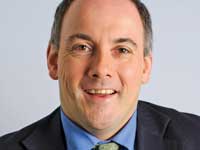 Robert Halfon (right), Conservative MP for Harlow and a member of the PASC, is a supporter of Bone's bill. He gained the signatures of 76 MPs on an early day motion criticising the Charity Commission's handling of the Plymouth Brethren case.

"The bill received substantial support," he says. "Other debates and questions in parliament show that there is considerable sympathy for guaranteeing charitable status to religious groups. The charities minister and the Attorney General are well aware of the strength of parliamentary opinion on this."

Some lawyers are not confident that there is a need for a change in the law, or sufficient political momentum to bring it about. 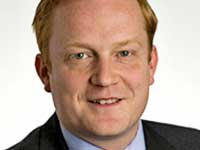 Tom Murdoch (right), associate solicitor at Stone King, says a clarification of the law is necessary, rather than a change in it.

"We should get a degree of clarity when the Plymouth Brethren appeal is decided and, if appropriate, revised guidance on public benefit for religious charities should be issued by the Charity Commission," he says. "If that occurs, it may be that calls for a change in the law will diminish." 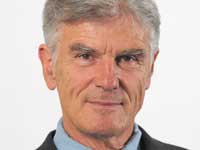 Andrew Phillips (right) - Baron Phillips of Sudbury - who took a leading role in debates on the Charities Act 2006 as it passed through parliament, thinks it is "very doubtful" that there would be enough political momentum to bring about a change in legislation.

"This has been considered by committees before, and they concluded that society was so complex and diverse that to assume that any school, university or religious organisation was automatically for the public benefit was no longer warranted," he says. "I don't think parliament would go back on that."