Analysis: The rise and rise of community shares

More local groups are turning to a form of finance that allows them to take over or create community assets such as pubs, clubs and even football clubs. David Ainsworth traces its rise and traces how three projects got off the ground

In the past three years there has been a rapid growth of interest in community shares - a form of finance that allows many small investors to club together to buy community assets. They have been used to buy shops, pubs and other community buildings, to fund green energy projects and even to help supporters buy a football club.

In 2008, eight organisations registered their intention to use the community shares model; in 2012, more than 100 did so. Over the past three years, 82 community share issues have been completed, raising more than £15m from 15,000 members. Almost all of these use the legal form of the community benefit society, a new name for a particular type of industrial and provident society (see box below).

The popularity of the movement prompted the government last October to provide funding of £590,000 for a dedicated support organisation - the Community Shares Unit, run by Co-operatives UK, which aims to develop and unite cooperative enterprises, in partnership with Locality, the network of community-led organisations.

And some specialists now believe that community shares, encouraged by the government's commitment to localism, have the potential for further rapid growth, expanding into ownership of heritage buildings, sports clubs and even social housing. 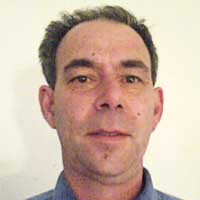 Hugh Rolo (right), director of innovation at Locality, says one reason for the growth in community share issues is that they offer a valuable type of funding - risk capital, which is invested for the long term and in which the level of repayment is linked to the success of the investment. And because the community takes the first risk, other lenders and donors are often attracted to support the project too. Community shares offer another advantage: those who buy them are likely to become volunteer staff and keen customers.

"Many community share issues have enabled a project to attract three or four times as much money from elsewhere," says Rolo. "It's like having a deposit when you want to buy a house.

"The amount of money raised is interesting in its own right, but what's more interesting is the number of people encouraged to become involved. Because of this, the model is very resilient. People like the fact that they have put money into something worthwhile, rather than the casino of the stock market."

Simon Borkin, programme leader at the Community Shares Unit, says earlier government support for community shares programmes was driven by a need to understand and test the model. Now, he says, community shares have proved themselves and the unit will focus on helping organisations to set themselves up and grow.

One job, he says, is to map existing expertise, identify gaps in that expertise and link people seeking help with those who can give it. "We provide business planning, reference and advice," he says. "We will be looking at how we channel people to the experts."

Another important job is publicity, says Borkin: "One of the key things about growing this market is just making people aware it's an option." 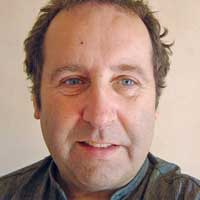 Jim Brown, a consultant who has supported the growth of the community share movement, says he is keen to see the movement expand into new sectors. "We can use this to fund community ownership of heritage buildings, sports clubs and affordable housing," he says. "There are many other fields where it could work."

At the moment, he says, most community share issues are new starts or rescues - for example, when people combine to save the village shop from closing. But Brown also wants to help existing organisations to convert to the model.

"We think that more charities will want to change from companies limited by guarantee to CBSs," he says. "That's possible already, but the Charity Commission isn't shouting about it. It's the next big growth area."

Brown says that if community shares are to continue to grow, one issue that still needs to be addressed is the regulatory regime (see box, below). Other issues include the industrial and provident society legal form itself, which he says must be monitored to ensure it is flexible enough to be fit for purpose, and a more transparent registration process. At present, the Financial Services Authority registers IPSs, but Brown says it is difficult even to discover how many there are. The lack of information, he says, makes it difficult for support organisations to communicate with community benefit societies, and for CBSs to talk to each other. It also makes it more difficult for CBSs to develop the system of co-regulation that Brown advocates.

Borkin says he is keen to ensure that community shares are not owned by purely commercial investors, and that the model is used for relatively small issues. But he also believes many share issues offer reasonable returns and that this should be encouraged.

In most cases, he says, investors can expect some return, but one that is below the rate they would receive if they invested on the stock market.

More share issues are qualifying for the enterprise investment scheme, which allows investors to claim back tax when putting cash into small companies. This means investors can reclaim 30 per cent of the value of their investment instantly.

"We need to keep the balance right," says Borkin. "This shouldn't be a sector that you invest in to make lots of money. But you should expect to get your money back."

WHAT ARE COMMUNITY SHARES?


Community share issues are usually conducted through a type of industrial and provident society known as a community benefit society, which is an exempt charity regulated by the Financial Services Authority.

A CBS can issue interest-bearing shares that can be withdrawn but not transferred - the shareholder can sell them back to the CBS, but not to a third party. A CBS can also advertise a public offering that is more lightly regulated than a public share offer in a conventional company. This exemption from full regulation is granted only for organisations set up with social purposes, and those who work in the movement say they are keen to ensure that the CBS model does not attract investors with purely financial motives.

The CBS works on the principle of one shareholder, one vote, which means that both large and small investors have the same rights. It is designed to allow large numbers of shares to be sold to small shareholders. It is difficult for an outside agency to buy them out or for a single group to take control.

At present, community benefit societies are regulated by the Financial Services Authority, and it is expected that this responsibility will be transferred to its successor, the Financial Conduct Authority. But there are few FSA staff dedicated to their management.

After the Charities Act 2006 came into force, the Office for Civil Society explored the possibility of transferring regulation to the Charity Commission, but no final decision on whether this will occur has ever been taken.

Until recently, the Charity Commission argued against charitable status for any organisation that issues interest-bearing shares, saying that they were profit-distributing bodies. The matter was referred to the Attorney General, Dominic Grieve, but at the start of last year the commission modified its position and issued a statement saying it now accepted that "there are circumstances in which limited payments of interest may be made, which would not amount to a distribution of profits and would therefore still be consistent with the requirement for charities to operate for the public benefit".

Consultant Jim Brown advocates a "co-regulation" regime, in which the FSA and the Community Shares Unit work together to oversee the movement.

Ideally, he says, the unit should be able to issue guidance, agreed with existing community benefit societies, with the backing of the FSA and government, and there should be a mechanism to ensure that such guidance would be followed.

Perhaps the most high-profile community share issue so far has been FC United of Manchester, a football club run for the benefit of the community that has raised £1.72m from fans to pay for a new ground. More than 1,400 people invested at least £200 each, with some investors contributing many thousands. As with other schemes, investors are entitled to benefit from the 30 per cent tax break offered by the enterprise investment scheme.

As a result of commitments by supporters, FC United, a community benefit society, expects to raise a total of £4.6m, with other cash coming from Manchester City Council, Sport England and the Football Foundation. "This isn't just a source of money for us," says Andy Walker, communications officer at FC United. "It's also a way of strengthening the link between the community and the club. We will be paying interest on shares, but it depends how much money people want to take out."

Four years ago, the villagers of Cold Norton in Essex heard that the landlord of their local pub, the Norton - the last in the village - had applied to have it demolished. They moved rapidly and produced a proposal to refurbish the pub, keep it open and run it. 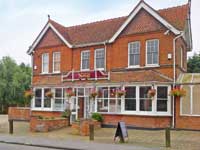 "Eventually we did a deal with the landlord that we wouldn't oppose some housing development on the site if we could buy the pub," says Paul Guppy, one of the villagers involved.

The locals arranged a community share issue for a mortgage deposit and legal fees, and raised £104,000 of an expected £250,000 price tag, beating their target by 30 per cent. In three months they attracted about 70 shareholders, of whom about 20 were from outside the village. Like FC United of Manchester (see page 8), they used the enterprise investment scheme to make it more tax-effective.

"One advantage is that we own the freehold on a property," says Guppy. "If it all goes wrong, we can sell it. But that's not what we have in mind."

He says the community now manages day-to-day events in the pub, which has a mixture of paid staff and volunteers. "The pub has never been as busy or as popular," he says. "We're running a lot more community events and a lot more people are involved."

Bath & West Community Energy was set up as a community benefit society in 2010 by a group of people interested in the provision of renewable energy. It raised £722,000 through a community share issue from more than 200 investors, who each invested at least £500, and £750,000 through a conventional loan. 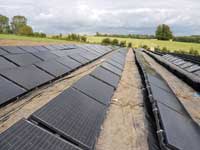 t used the money to install solar panels capable of providing 612kW of energy, which can be sold to energy companies. The scheme qualifies for the feed-in tariff, the government incentive that encourages renewable energy in the UK.

Peter Capener, chair of the CBS, says that the share issue took "only a couple of months" and he is confident there will be more share issues to raise further finance. He says the aim of his organisation is to pay investors 7 per cent a year, although this is not guaranteed. The first repayment was made at the organisation's annual general meeting in July. The share issue also qualifies for the enterprise investment scheme, which allows investors who pay tax in the UK to claim back up to 30 per cent of it. This means investors will break even in 10 years. Capener says that the company will also have the resources to repay its original capital at the end of this period.