Analysis: The rise and rise of the unpaid charity intern

Internships that pay nothing amount to exploitation, say some. Others claim that they offer an important route into the sector for many young people. Ian Griggs talks to those on both sides of the argument

- This article was corrected on 21 August 2013; please see final paragraph

Internships used to be a rarity, found mainly in glamorous industries such as politics, the media and fashion. But the economic downturn has led to the use of interns in most parts of the economy - and to growing controversy over the fact that most of them are unpaid.

Many charities now use interns, and figures from the Chartered Institute of Personnel and Development show continuing growth: last year 23 per cent of 462 voluntary organisations in a CIPD survey said they used interns, and 12 per cent were planning to start doing so. This year, the same survey had 522 respondents, and the figures had risen to 30 per cent and 14 per cent.

The total number of interns, paid or unpaid, is hard to come by, but in 2010 the Institute for Public Policy Research estimated that there were 100,000 unpaid interns in the UK, and the figure is likely to have risen since then.

"We think that, if charities want the most talented workers, and not just those who can afford to work for free, they should pay interns a fair wage," says the Intern Aware website. "The law gives charities an exemption from minimum-wage legislation, allowing them to call employees 'voluntary workers' and not pay. We're worried that too many charities are exploiting this loophole, recruiting unpaid interns instead of paying staff properly."

The group also says some charities are treating interns as if they were volunteers, and blurring the distinction between volunteering and employment: "Volunteers help out on their own terms. They can come and go as they please, not worry about performance measures or their boss checking up on them. They don't have a list of responsibilities - they only have tasks that they agree to take on.

"Most internships are very different. The vast majority of interns have a list of duties and times between which they work. That's not volunteering - that's working, and the intern has a legal right to be paid."

Intern Aware recently co-wrote a report with the trade union Unite on interns in the charity sector, including a survey of graduates and students who had completed internships: 48 per cent reported that they had worked five days a week and two-thirds said they had worked for eight hours a day. 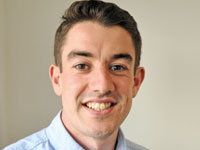 Alan Strickland (right), head of volunteering development at the NCVO, says the term "intern" has no basis in law. "It's not about whether you call someone an employee or not: it's about how you treat them," he says. "If a post is highly structured and it's full time, you are forming a contractual relationship and the person should be paid.

"The label 'intern' is unhelpful, because it is used incredibly broadly across the sector to cover different posts with different levels of responsibility, some of which need to be paid while others are really volunteering opportunities. Some charities use internships as a marketing tool to attract volunteers, and I think all of them need to be up front about the nature of what they are offering."

The Small Charities Coalition, which represents 7,000 organisations with annual incomes under £1m, also says small charities, many of which rely on volunteers, should always make a clear distinction between volunteers and interns when they seek candidates.

Some charities do pay interns, but size is no guide to whether they do or not. Many large organisations, such as Cancer Research UK, do not pay, while some small charities, such as the New Economics Foundation, pay the London living wage (see case studies, below).

The trade union Unite, which has 60,000 members in the sector, thinks charities are shooting themselves in the foot by reducing the potential pool of applicants to those who can afford to work for nothing for up to a year. Unite says the remedy is to pay interns the national minimum wage, which is £6.19 per hour for over-21s, and preferably the London living wage, £8.55 per hour. 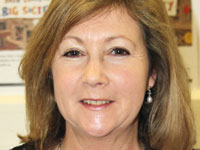 "The increasing number of unpaid interns in the not-for-profit sector is leading to a situation in which young people can't get a foot on the ladder, particularly in London and the south-east, where many charities are based, because of their economic circumstances," says Sally Kosky (right), Unite's national officer for the not-for-profit sector. "Young people are passionate about charitable causes but they are being excluded by unpaid internships, and both charities and society as a whole are losing out."

The report by Intern Aware and Unite says unpaid internships are at odds with the image of a sector that is widely viewed as taking the ethical lead in society. 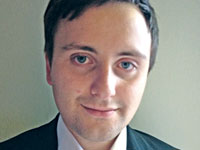 "However ethical your organisation is, there is no excuse for unethical practices in recruitment by filling posts with unpaid staff," says Gus Baker (right), co-director of Intern Aware. "The practice is also bad for the service users and beneficiaries of charities if there is only a narrow pool of people able to work in the third sector."

Alex Swallow, chief executive of the Small Charities Coalition, agrees. "We can't argue for protecting the vulnerable in our society on the one hand and then exploit people on the other," he says.

One dissenter is Sir Stephen Bubb, head of the chief executives body, Acevo, which does not pay interns. "Internships are an important route into the sector for many, providing young people with an opportunity to gain valuable skills and experience in a sector where they can really make a difference," he says. "The only way that Acevo and many third-sector organisations can offer these placements is on an unpaid basis, and we believe this is a far better option than closing off these opportunities altogether."

Another is Wally Harbert, former UK director of Help the Aged, and a Third Sector online columnist. "Instead of going backpacking in Thailand for a year, young people could work in a bar for five months to earn money and then fund an internship," he says.

"I accept there is an inequality about unpaid internships but many things in life are unequal, including access to university. Life is unequal and this is not the worst example of inequality that exists."

Has six interns for three months at any one time, paying travel, lunch and other expenses. Some successfully apply for jobs at WWF. "They have a wide variety of backgrounds and aims," says a spokesman. "Sometimes they're people wanting to change careers and get a foothold in the charity sector. Others are looking for their first work experience in a large global organisation. Either way, we ensure that our interns gain valuable experience working for us."

Takes up to 55 interns at a time for three months, paying up to £4 a day for lunch, and up to £55 a week for travel. They are mostly students or recent graduates, have an intern manager and get training on CV and interview skills. "We appreciate that unpaid internships can be more difficult for some demographics," says a spokesman. "However, our internships are flexible and we do our utmost to enable interns to undertake part-time work or study simultaneously."

Currently has one intern for six months, paid the London living wage and treated as a member of staff. Two more are now being recruited, and vacancies are advertised externally. "Unpaid internships favour those who can afford not to be paid and risk exploiting those trying to get into the job market," says a spokesman. "We are committed to being an equal-opportunities employer and want all vacancies to be open to everyone, regardless of their background or personal circumstances. Two members of staff joined us as interns."

Has one intern for nine months, paid £19,339, or 60 per cent of staff pay, which is more than the London living wage. "How would young people be able to afford to get their first foot on the NGO ladder otherwise?" says a spokeswoman. "If the intern has to travel to places other than the CAAT office, then we will pay this expense. Unpaid internships exploit young people and they encourage inequality in the workplace, which is not desirable."