Lesley-Anne Alexander, the chief executive of the RNIB, caused a public spat with Guide Dogs when she revealed this month that she wanted the two charities to merge, but had been rebuffed.

Richard Leaman, chief executive of Guide Dogs, said he wanted closer working, but preferred a council structure that would allow sight-loss organisations to work together on key issues.

Leaman says that the two spent nine months last year discussing both merger, which the RNIB wanted, and a collaborative arrangement similar to the Disasters Emergency Committee, which Guide Dogs preferred. In the end, they failed to reach a compromise and got neither.

Alexander has been open about her support for more mergers in the charity sector. She believes there are too many charities in the sight-loss sector and says her board is keen to reduce the number by merging with as many charities as possible.

For this reason, RNIB has set up a group structure in which charities share back-office services and fundraising, but retain their brand identities. Nine charities have joined the new set-up, including Action for Blind People, which retains much independence but has already folded its fundraising operation into that of the RNIB.

Alexander says some of the traditional barriers to merger are over-emphasised. "You can make too much of culture," she says. "People move to organisations with a different culture every day." 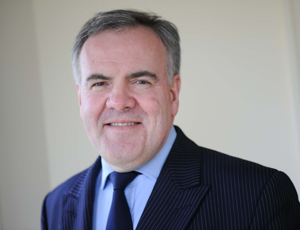 Leaman's attitude is different. He warns of the dangers of a central "command and control" mentality, and preaches instead a system that retains individual identities and plurality of vision.

Both organisations strongly stress their commitment to collaboration, and both say they want to move closer together. However, their recent words suggest two groups of trustees and directors who are further from agreement than ever.

Richard Gutch, a consultant who has advised a number of charities on mergers, says personality clashes can often derail even the most logical synergies among charities. "When you're discussing closer working, there needs to be absolute clarity and shared vision about what you're trying to achieve," he says.

"There are always crucial issues about the people at the top. The chairs and chief executives need to have strong commitments.

If there's not agreement at the trustee level, it's unlikely to happen."

He says many external groups, including funders, the government and the public, are keen to see more charity mergers. Charities themselves also gain advantages in terms of savings and the ability to bid for contracts, he says. However, despite the best of intentions, the human element still often gets in the way.

"A merger most often happens when a chair or a chief executive is moving on," Gutch says. "I'm helping three disability charities merge at present, and that merger happened when one of the chief executives decided to move on."

He says the group structure at the RNIB has the advantage of allowing charities to participate without senior job losses.

Craig Dearden-Phillips, the former chief executive of the disability charity Speaking Up, says that although he was not too upset to find himself out of a job when his charity merged with Advocacy Partners to form VoiceAbility, most senior executives do not share his view.

"I was happy to step down," he says. "But there's a lot of self-interest around. Plenty don't want to go into a merger because they're worried they'll end up on Jobseeker's Allowance."