Four residents of the Surrey village of Dunsfold are taking legal action in a long-running dispute over the village school. Ben Cook and Stephen Cook report - and we canvass the views of villagers

In 1839, as the Victorian drive towards universal education gathered pace, a local benefactor, Miss Katherine Woods, left money in her will that, with contributions from local people, was used to build a school in the village of Dunsfold in Surrey.

For 165 years the school stayed open in various guises, most recently as a Church of England infants school. But by 2004, pupil numbers had fallen to 18 and standards were considered low, so Surrey County Council, the local education authority, decided to close it.

Since then the red-brick building, boarded up and falling into disrepair, has caused an increasingly bitter dispute involving Dunsfold Parish Council, the Charity Commission, and the Church of England Diocese of Guildford, which holds most of the site on trust for use as a church school (part belongs to the county council).

The parish council wants to form a charity to buy the school at an independently assessed value that takes into account the costs of restoration, then use it mainly as the new home for the private Chestnut Tree Nursery School, which currently operates in a nearby sports pavilion. There would also be a community meeting space and an office for the parish council.

The diocese says it would like nothing better than to see the building reopen as a school. But it is also conscious of its duty as a trustee to maximise the value of charitable assets and points out that attaching refurbishment costs to the sale price would, in effect, give the building a negative value. 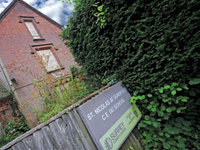 This disagreement has produced accusations of unreasonable behaviour on both sides. Alan Ground, chair of the parish council and a solicitor, once told the local media that the diocese was behaving like a "dog in the manger - it is a trustee that has no intention of using an asset for the trust purpose and prevents others from doing so".

In March this year the row was compounded by a review by the Charity Commission that said the building could be leased for not longer than 25 years, but not sold, as the commission had earlier proposed.

The review also said there should be a power - but not a requirement - for the lease to be for educational purposes "not inconsistent with the Church of England".

Ground and three other local residents, including Clare Lemieux, proprietor of the Chestnut Tree Nursery School, have appealed against the conclusions of the commission review to the charity tribunal, which will hear the case in November.

Ground declines to discuss the appeal in advance of the hearing, but told Third Sector in July that the commission's plan made no requirement that the building should be used for infant education, although there was a great need for a local nursery school, and that 25 years was too short a lease to justify the costs of refurbishing the building.

"I hope that the result of the tribunal hearing is that we are able to reach an agreement that, whatever the Diocese of Guildford does with the school building, it must remain for educational purposes," he said.

A recent edition of Dunsfold News also outlines the parish council's position "that there were never valid grounds to close the school in 2004 and there has never been any reason why the original trusts for education of local children should be removed ... and if not fulfilled by the current trustee, then by another one such as the suggested Dunsfold School Trust".

It is also understood that the parish council argues that the use of the school building is governed by the original trust of Katherine Woods, which refers to education but not to the Church of England, rather than by the trust set up when the estate of the Duke of Westminster conveyed it to the diocese in 1957 for the purpose of a Church of England school for children or adults. 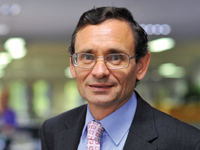 The commission review, carried out after consultation with local people by Neil Robertson, head of its specialist casework division, said only the court could decide this point about the trusts, but the commission's view was that the original trusts were "of historical interest only".

Robertson pointed out that the commission had no powers to insist that a school was provided in the premises, but said it was right to take a long view: it might prove possible to open a school there in future and so power of sale at this point was not justified.

His review also doubted that the proposed new parish trust could be charitable: "The promoters would have to explain how the aims of the new trust would be for the public benefit, particularly given that they revolve around the accommodation of a private nursery".

Some aspects of this complex dispute are clearly beyond the remit of the tribunal, which can rule only on matters of charity law. But its decision - barring further appeals - may at least remove some key questions from contention, and help to break the current stalemate that has already dragged on for seven years.

- Read our vox pop with villagers of Dunsfold 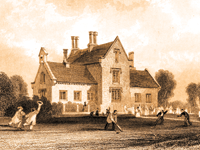 1839: A bequest by Katherine Woods provides, with local subscriptions, for the building of the school. A problem with the will means the site is sold to Joseph Godman, owner of the Park Hatch estate: it is not known whether the trustees of the school had a lease or a licence.

1881: The school, which charges fees, is extended to make room for 139 children. Records up to 1904 mention outbreaks of eczema, scarlet fever and lice infestation, and the illegal employment of older boys on a shoot on the land of a Mr Barrow.

1906: A House of Commons return shows the school paying rent of £43. In 1914 there is a record of the Park Hatch estate granting a yearly lease to the school managers.

1951: The site is sold to the Duke of Westminster. Entries in the school logbook record another scarlet fever outbreak in 1955 and the installation of a new wireless, gramophone, and loudspeakers. 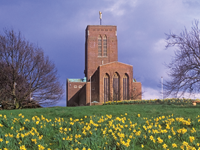 1957: The executors of the Duke of Westminster convey the property to the Diocesan Board of Finance of the Church of England Diocese of Guildford  "for the purpose of a Church of England School for the education of children and adults or children only and for no other purpose".

1973: The school becomes a first school (5 to 7 years), with older children transferring to St Nicholas School in the neighbouring larger village of Cranleigh. School logbook entries record damage in the 1987 'hurricane', celebrations for its 150th anniversary and traveller children attending the school.

2004: With numbers down to 18, the annexe closes and the building goes out of use. For a year the diocese and the parish council discuss future use of the building but no agreement is reached.

2006: An application is made under section 554 of the Education Act 1996 to "make new provision as to the use of endowments", but the following year the secretary of state says he is unwilling to do this because of numerous objections.

2009: Diocese applies to the Charity Commission for a scheme to deal with the property, including a power of sale. Numerous objections prompt a revision of the scheme. Objections to the revision prompt a 'decision review' by Neil Robertson, head of the commission's specialist casework division.

2011, March: The review by Robertson proposes removing the power of sale but allowing a lease "for charitable education purposes not inconsistent with the principles of the Church of England".

2011, June: Alan Ground and three other members of Dunsfold Parish Council appeal to the charity tribunal against the commission's proposal. They want to form a charity to buy the building for purposes including the existing private Chestnut Tree Nursery School in Dunsfold.