Analysis: The RSPCA and the hunting lobby

The animal charity is no stranger to mounting prosecutions, but its legal action against a law-breaking hunt has aroused strong passions on both sides of the debate. Kate Youde and Ian Griggs report

Fox hunting has long been a highly emotive - and political - issue, and it is perhaps no surprise that the RSPCA's recent successful prosecution of the Heythrop Hunt in Oxfordshire and two of its staff has brought the charity some hostile publicity.

The Heythrop case was the first time the RSPCA has prosecuted a traditional 'red coat' hunt under the Hunting Act 2004, which prohibits the hunting of wild mammals with dogs, and the charity believes it is the first prosecution of a hunt as a corporate body.

If that were not enough, Heythrop also happens to be in the Witney constituency of the Prime Minister, David Cameron, who rode with the hunt before the passage of the act. That link has fuelled allegations that the RSPCA's prosecution was politically motivated.

The story was given added impetus by Tim Pattinson, the district judge in the case, who drew attention to the fact that the RSPCA had spent £327,000 on the prosecution and questioned whether members of the public might feel that the charity's funds could be "more usefully employed". Other observers wondered why it was a charity that brought the legal action, rather than the Crown Prosecution Service.

But the RSPCA has a history of taking cases to court (see Q&A, below) and the sum spent in the Heythrop case is not unusual: the charity says it has brought "several" prosecutions that generated six-figure costs. In 2011 it spent £8,770,000 on prosecutions, including boarding and veterinary care costs for neglected or cruelly treated animals; the 2010 total was £10,395,000. 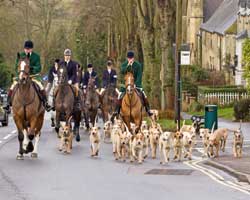 In 2009, following one of the organisation's biggest investigations, the RSPCA prosecuted a family for neglect and cruelty under the Animal Welfare Act 2006 after inspectors discovered more than 100 neglected horses, ponies and donkeys, and the bodies of a further 32 equines, at a farm near Amersham, Buckinghamshire.

In addition to legal fees, the cost of providing care and rehabilitation for the horses was more than £850,000. Rather than attracting disapproval for the expenditure, however, the RSPCA was overwhelmed by support.

In the past, the charity has not had a separate fund for prosecutions, but a few days before the court hearing of the Heythrop Hunt case, it launched a 'fighting fund'. A spokeswoman said that the timing of the establishment of the fund, set up to support all the charity's legal activity, was a coincidence.

Since the case, the Conservative backbencher Simon Hart, a member of the board of the Countryside Alliance and its former chief executive, has been particularly outspoken. He says it is "faintly suspicious" that the RSPCA brought a case against Cameron's hunt when there are 299 other hunts to choose from, and that it is odd the evidence was not submitted to the CPS. From a commercial point of view, he says, a case involving Cameron's local hunt generates far more publicity for the charity.

But the RSPCA discerns political motivation of a different kind. A spokeswoman says: "It appears to the RSPCA that much recent media interest has a political motivation and there is a suspicion that recent adverse media comment has been inspired by the Countryside Alliance - who are, of course, opposed to the prohibition of hunting."

A Countryside Alliance spokesman says that if the RSPCA was only suspicious, it had not been paying attention. "The Countryside Alliance has been widely quoted on the Heythrop case, stating our belief that the prosecution was politically motivated and financially indefensible," he said. "There has been a great deal of support for that contention within the media and from the public."

Hart is among a cross-party group of politicians that called on the Charity Commission to investigate the RSPCA over the prosecution. In a letter to the commission last month, the group - including the Labour MP Kate Hoey, who is chair of the Countryside Alliance, and Baroness Mallalieu - claimed that trustees had failed in their duty of prudence in their management of the charity's funds. William Shawcross, the commission's chair, replied by saying that he was seeking an "early meeting" with the charity.

And so it was that last week senior executives from the commission and the RSPCA met to discuss the charity's approach to prosecutions, particularly the Heythrop case. Shawcross was not present. Afterwards, the regulator emphasised that it was not investigating the RSPCA and decisions to undertake prosecutions were a matter for the trustees of the charity.

For Hart, the case is not yet closed. "I think the Charity Commission needs to be careful here," he says. "Are they investigating our complaint or aren't they?

"I am surprised they have said something publicly about not investigating when a formal complaint has been made, so I want some clarity from them on that."

The main thrust of the complaint, according to Hart, is the duty of prudence and whether spending £330,000 is prudent. "How on earth can a charity, which operates as a prosecutor and which claims to apply Crown Prosecution Service standards to its prosecutions as far as the public interest is concerned, exercise that while at the same time having a political interest and commercial interest?" Hart asks.

He says that although the charity has donors, the taxpayer underpins it with tax advantages, including Gift Aid. "By all means go out and prosecute people, and by all means run a political campaign," he says. "But don't pretend you can do one thing without having an impact on the other."

Hart has now asked for a parliamentary debate to be held on whether it is "proper" to be a political campaigner and a prosecutor at the same time. He has also put in a request to the Charity Commission under the Freedom of Information Act for the minutes of meetings it has held with representatives of the RSPCA, to find out who attended and what was discussed.

HOW THE HEYTHROP PROSECUTION CAME ABOUT 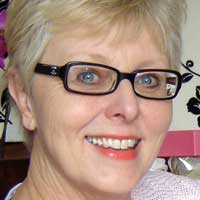 Penny Little (right) is a hunt monitor and runs Little Foxes, a sanctuary charity for foxes in Great Haseley, Oxfordshire. She and fellow monitors obtained and submitted to the RSPCA the video evidence that was used for the successful prosecution of the Heythrop Hunt.

"We have had a frustrating time submitting evidence to the police, putting in more than 30 different pieces of evidence to various police forces, mainly in Thames Valley and Gloucestershire," she says. "Sometimes the police come out to hunts, but they never intervene with one in progress. They say they are there to maintain public order. On many occasions when we have submitted evidence, we've been disappointed by the response of the police - they have dragged their feet and the six-month time limit has lapsed. Sometimes they give it to the Crown Prosecution Service, which sooner or later declines to bring the case to court.

"For example, in 2007 we captured film of the hunt chasing a fox in Thames Valley and 35 minutes later we got more film of a chase. We submitted this evidence to the police, but the CPS accepted the hunt's excuse that it was accidental and did not prosecute. There were either two accidents in 35 minutes or a 35-minute long accident.

"There is a tendency among the police and the CPS to look the other way in animal welfare cases. It should not be left to a charity to pursue such cases. The RSPCA prosecutes animal welfare cases, but it should not have had to take on the Heythrop Hunt case. The people who oppose the Hunting Act are powerful. I don't see why the RSPCA should have to bear the brunt of taking these cases on, but it's not the charity's fault that prosecutions are expensive. I'm delighted it has set up a fighting fund and I would put some of my donation into it."

WHAT THE POLICE HAVE TO SAY

The Association of Chief Police Officers has issued guidance to police forces to ensure a consistent approach to the law on hunting. Police enforce the law "proportionately and according to the normal discretion of Chief Constables, who are required to balance resources and priorities", says an ACPO spokesman. "Police will respond to complaints where it is believed the law has been broken."

He said gathering evidence had proved difficult for police within available resources and anyone with evidence of law-breaking should contact the police. "The Crown Prosecution Service has confirmed that, provided the initial evidential test is passed, prosecutors will normally regard a prosecution in this area to be in the public interest.

"In this very emotionally charged area it is not a surprise to find that some organisations involved in such activities feel police investigations after receipt of evidence have not always been conducted in a professional and proficient manner."

Q&A - THE CHARITY AS PROSECUTOR

Q: Why does the RSPCA bring prosecutions?

A: The charity has undertaken private prosecutions for cruelty to animals since its was founded in 1824, before the formation of the police force or the Crown Prosecution Service. Of 159,759 complaints of alleged cruelty investigated by the RSPCA in 2011, it reported 2,018 to its prosecution department. This resulted in 3,114 convictions for adults and 24 for juveniles. To date, the charity has secured 54 convictions under the Hunting Act 2004.

Q: Why did the RSPCA bring this case?

A: Hunt monitors asked the charity to investigate the Heythrop case (see box, left). The RSPCA says the monitors "had previously reported similar allegations to the police, resulting in what the monitors perceived to be a lack of positive action"; the charity "was content to fulfil its function as a prosecutor in this case".

Q: Why did the Crown Prosecution Service not intervene?

A: There is no obligation for the RSPCA to notify the CPS when it brings a prosecution. A defendant or private prosecutor can ask the CPS to consider taking over a case after it has begun, but the CPS does not have general oversight of private prosecutions, tens of thousands of which go through the courts each year without its intervention or knowledge.

Q: Does the CPS prosecute cases under the Hunting Act 2004?

A: The CPS says it has brought 371 offences to magistrates' courts since the Hunting Act came into force in 2005. "Where there is sufficient evidence for a realistic prospect of conviction and it is in the public interest, hunting cases are being prosecuted," it says.

A: Under the Prosecution of Offences Act 1985, individuals and organisations have the right to bring a private prosecution against someone they believe has committed an offence. The RSPB also used to undertake private prosecutions, but has not done so since 1992. Bob Elliot, the charity's head of investigations, says it prefers to work with police forces and prosecutors.