Is the Health Lottery a new chance to give - or a threat to the income of others?

The Health Lottery has not had the warmest of welcomes since its launch at the end of September, and among its most outspoken opponents is Sir Stephen Bubb, leader of the chief executives body Acevo.

Before it was even launched, he was quoted in national newspapers labelling it "disgraceful". And since the launch his criticisms have only grown louder, culminating last week in an announcement by Acevo that it had written to nine major retailers, including WHSmith and Tesco, asking them to stop selling tickets for the lottery immediately. 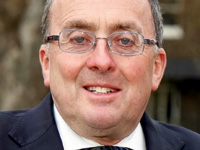 Bubb's main issue with the Health Lottery, which is owned by the controversial media proprietor Richard Desmond, is that a lower proportion of its proceeds goes to good causes than in the case of the National Lottery and other lotteries. Twenty pence of every £1 spent on Health Lottery tickets goes to good causes, compared with about 28p from the sale of each £1 National Lottery ticket.

As well as the outcry from Acevo, the Health Lottery also has to contend with investigations by both the Gambling Commission and the Advertising Standards Authority. And Jeremy Hunt, the Secretary of State for Culture, Olympics, Media and Sport, recently told MPs during a select committee meeting that he was worried about the new lottery's impact on smaller society lotteries.

But it does have supporters - including some Acevo members. In his first public statement on a divisive sector issue, the new chief executive of the Institute of Fundraising, Peter Lewis, has made it clear this week that he is more positive about it.

"Bubb not representing me although I am a member," he wrote on Twitter about Acevo's letters to retailers. "Seems legal, transparent and offering people a new opportunity to give."

A spokeswoman for the institute says it does not want to be prescriptive about different forms of giving. "We welcome new innovations," she says. "We think the Health Lottery is a legal form of fundraising and it ticks all the boxes."

Other organisations are more reticent about planting themselves on either side of the fence just yet. A spokesman for the local infrastructure body Navca says: "We pride ourselves on being a practical organisation, and we would first want to see evidence of the impact that the Health Lottery has on funding for local voluntary action." 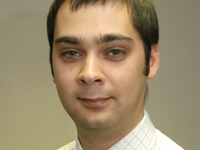 Ben Wittenberg, director of policy and research at the Directory of Social Change, says that the debate about the Health Lottery has raised the bigger question of whether people should be making a profit out of giving.

"That's one of the things that the sector is going to have to deal with," he says. "The other thing that's frustrating is that buying a lottery ticket is construed as a way of giving. The real reason that you buy a lottery ticket is that you want to win a speedboat or some other prize.

"This is the aspect that has got marked up in all this. The amount going to charity is by the by. There are bigger issues here."

Wittenberg thinks the main reason the Health Lottery has sparked such debate is that everyone in the sector is concerned about what's happening to funding at the moment.

"The prospect of there being less or more money is inevitably going to agitate people," he says. "There's less funding around, and it's worth fighting about."

Either way, the Health Lottery's future will be determined by the findings of the Gambling Commission. Hunt has made it clear that he would expect it to take "robust action" if it finds that the lottery is not operating legally.