Is the current political environment hostile to charities? David Ainsworth and Stephen Cook spoke to leading figures in the sector and found some support for Sir Stephen Bubb's concerns

When the sector chief executives leader Sir Stephen Bubb spoke 10 days ago of a "sinister agenda" and the most hostile political environment for charities for a decade, he was referring to a number of recent developments that few in the sector will have failed to notice.

These include critical stories in right-of-centre newspapers about the pay of chief executives of big charities and continuous criticism by some politicians and parts of the media about prosecutions and campaigns run by the RSPCA.

Most recently, the government has seemed to be trying to rein in campaigning by the sector through provisions in the lobbying bill and proposals to restrict the scope of judicial review, which charities have used to challenge the actions of local and national government.

The government quickly promised to amend the lobbying bill to make sure that charities were not caught by its main restrictions, but Chris Grayling, the justice secretary, has recently confirmed in a Daily Mail article that his proposals on judicial review are aimed partly at campaigning charities. 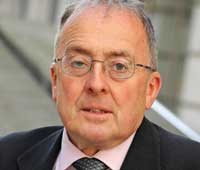 The intervention by Bubb (right), who was criticised in the press in August for using Acevo funds for half the £1,000 cost of his birthday tea party in the House of Lords, has been endorsed by some but challenged by others, who doubt whether these developments are connected and motivated by a "sinister agenda".

Third Sector's inquiries have revealed sympathy with Bubb's view, to varying extents, from Gareth Thomas, Labour's shadow charities minister, the Panel on the Independence of the Voluntary Sector and 38 Degrees, the pressure group that fosters campaigning. 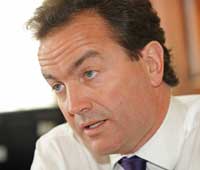 On the other hand, Nick Hurd (right), the Minister for Civil Society, says he does not recognise the picture Bubb paints, and Sir Stuart Etherington, chief executive of the National Council for Voluntary Organisations, says the case is being overstated.

"Charities are in a much less supportive government environment on campaigning," says Thomas. "There's a traditional right-wing attack on the right of charities to advocate for their causes and beneficiaries - the attitude of Tory MPs such as Charlie Elphicke and Priti Patel is that charities should provide services and not make a noise.

"The attitude of the Charity Commission has also been disappointing. Deliberately or not, it has helped to create an environment where charities feel under pressure over their campaigning work.

"Labour is clear that charities have a crucial role to play in being advocates. It doesn't make it easy all the time for the government but, if you want a democracy, you want charities lobbying ministers."

The Panel on the Independence of the Voluntary Sector is also concerned about a negative attitude in the government towards campaigning. It cites criticism by the work and pensions secretary, Iain Duncan Smith, of the Child Poverty Action Group for its judicial review of housing benefit changes, and advice to councils from the Department for Communities and Local Government that they should not fund "fake charities" that would use the money to lobby them.

The panel also sees a discrepancy between what ministers say and what they do - Hurd asserted his commitment to the Compact, for example, shortly before the government inserted charity-unfriendly clauses in the lobbying bill at short notice.

Similarly, when the panel expressed concern to Grayling about restrictions on judicial review, he replied that the sector was central to the drive to "reform public services and to champion social action over state control" - but shortly afterwards published his remarks in the Daily Mail and pressed ahead with the consultation. 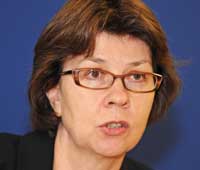 "There appears to be a growing view in the government that the campaigning activities of the voluntary sector are politically motivated," says Caroline Slocock (right), head of the panel's secretariat. "It's difficult to avoid the likelihood that this will have a chilling effect, especially because there's also evidence that the sector is holding back on criticism against those who fund it."

David Babbs, executive director of 38 Degrees, says there have been many interventions that threaten to undermine the role of civil society. "It could be a coincidence that they've all come together, but it looks deliberate," he says. "Some of this is down to Conservative attitudes that the sector is full of left-wingers and former members of the Brown administration.

"It's unfortunate, because at a time when membership of political parties is dropping, a lot of people are engaging with the political process through civil society. We're under attack, but we shouldn't be defensive. Political parties are the ones losing members and failing to engage, not us."

Etherington thinks Bubb is overstating the case: the fact that the government quickly agreed to amend the lobbying bill shows it did not intend to restrict the activities of charities, he says, and the NCVO's proposal to draw up guidelines for trustees on executive pay, combined with greater transparency and explanation, should defuse the salaries row.

He adds that the chair of the commission, William Shawcross, might have done better not to make remarks about the reputational risk of high salaries, and says there is "a lot of inexperience" on the watchdog's new board, which needs to "bed down".

"There are a few MPs who do not wish to see charities campaigning, but they form nowhere near a majority in any party," he says. "It was a big subject at the hearings of the Public Administration Select Committee, but the PASC did not recommend a revision of the Charity Commission guidance on campaigning.

"Certainly, it's a tougher environment for charities, both financially and in terms of reputation. But I don't get the sense of a malevolent government sitting there plotting the downfall of the voluntary sector."

Hurd says: "When the fuss over the lobbying bill dies down, people will see that nothing has fundamentally changed in terms of the rules around campaigning. People of all political persuasions occasionally pop up to challenge the sector, but that is not new or unhealthy.

"Meanwhile, charities continue to enjoy solid support and trust from their greatest asset - the British people. At some point, I trust the instinctive optimism of the sector will reassert itself."

Trends and initiatives that have put the sector on the defensive:

In a Daily Mail article last month, the justice secretary, Chris Grayling, confirmed that he was introducing changes to the judicial review process that were deliberately designed to restrict charities' ability to use it. He wrote that professional campaigners were "growing in number, taking over charities, dominating BBC programmes and swarming around Westminster"; they were deliberately trying to disrupt government policies, he said. In the consultation about the proposals, he wrote that he wanted to make it more difficult for charities to bring actions on behalf of beneficiaries and to "adjust" the costs campaigners could claim in order to make them "consider more carefully the merits" of bringing a review.

The Transparency of Lobbying, Non-Party Campaigning and Trade Union Administration Bill, now going through parliament, contains measures that would throw doubt on the lawfulness of many charity campaigns. It introduces a new definition of political lobbying, which charities say is so vague as to cover much legitimate charitable campaigning, and makes it a criminal offence to carry out such lobbying in the year before an election. It cuts the amount of money that can be spent on political campaigning. The government has proposed amending the bill to protect charities, but there is still concern among umbrella bodies that various aspects of the bill will hamper their ability to speak out.

In August, The Daily Telegraph published a list of the salaries of the chief executives of the 14 aid charities that comprise the Disasters Emergency Committee, showing that 11 of them were paid more than the Prime Minister's £142,500. Another Telegraph story, based on a Third Sector analysis in March, said that 30 were paid more than £200,000 and nine more than £300,000. The chair of the Charity Commission, William Shawcross, said: "Disproportionate salaries risk bringing organisations and the wider charitable world into disrepute." Sir Stephen Bubb of Acevo called this "a disgraceful distraction". Sir Stuart Etherington of the National Council for Voluntary Organisations proposed that it and the commission should set guidelines for trustees on executive pay.

- Campaigning and the media

Some Conservative MPs spoke out last year against a campaign by Save the Children about child poverty in the UK. The editor of The Spectator, Fraser Nelson, wrote a column in the Telegraph about former Labour officials occupying senior jobs in charities and forming "a colourful, talented and efficient anti-Tory alliance". His column, which prompted a similar one in The Times, also cited the 2008 revision of the Charity Commission rules on political campaigning. The Times, the Telegraph and the Daily Mail continue to run stories critical of the RSPCA for campaigning against and prosecuting fox-hunters.

There has been general approval in the sector of the commission's decision to focus its much-reduced resources on the core tasks of regulation, including fraud and terrorist infiltration. Some have detected a shift to the political right in the appointment of Shawcross as chair and of some members of the new board. Shawcross and one member, Gwythian Prins, have expressed concern about charities delivering public services as well as the potential damage to the sector's reputation from high salaries in big charities. They have also said they will be vigilant about charities campaigning outside their charitable objects. 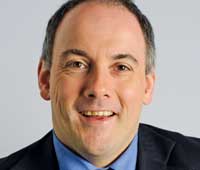 their spending on "campaigning and political activity" - an idea proposed by committee member Robert Halfon (right), Conservative MP for Harlow. He and fellow committee member Charlie Elphicke, Conservative MP for Dover and Deal, have consistently criticised charities that spend money on campaigning and do not provide services. Halfon said in one committee hearing that there were too many very large "Tesco charities", which spent millions of pounds lobbying in Whitehall, while Elphicke picked out charities such as Shelter, which he said "doesn't provide any shelter".