Analysis: Transparency in the sector

Recent coverage of senior pay has put transparency in the spotlight. But what does it entail, and how should charities address it? Sophie Hudson reports

When The Daily Telegraph published research showing that 30 senior executives at 14 foreign aid charities - all members of the Disasters Emergency Committee - were paid more than £100,000 a year, it opened a wider discussion on charity pay.

The article and subsequent debate has put the issue of transparency among charities under the spotlight. 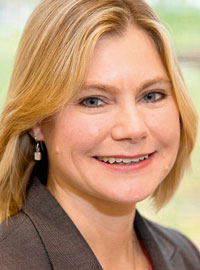 Justine Greening (right), the international development secretary, wrote an article for the Telegraph website in which she said that charities must be more open about how they spend their money and should "grasp the nettle on transparency".

But what exactly constitutes transparency in the charity world? And are charities really doing such a bad job of it?

Saxton hopes the debate will "wake people up to the fact that what charities are doing is out of kilter with what the public expects of them. So charities need to either explain it all better or change their practices."

He says the newspaper investigation and subsequent media attacks on the sector showed that charities are poorly equipped to explain to the public what they do. "We actually want more of what the Telegraph is doing so that we don't get the shock factor," he says. "We've been lulled into a false sense of security."

One way for a charity to ensure it is being transparent would be to have a page in the 'About Us' section of its website that sets out key statistics, says Saxton. These could include details such as the charity's total income, total number of beneficiaries, the proportion of its income it spends on fundraising, the number of staff earning more than £60,000 and the chief executive's salary, he says. "This is nearly all data that will be in the annual report but is often very hard to find on charities' websites," says Saxton.

The National Council for Voluntary Organisations also offers some general tips for charities that are trying to improve their transparency, urging them to use tools such as blogs and Twitter to engage with supporters about their work, and not use them only for marketing. It says charities should ensure their annual reports are usable, making important information easy to find, and keep donors and other stakeholders up to date throughout the year about the impact the organisation is having.

Sir Stuart Etherington, chief executive of the NCVO, says there is a mismatch between donor perception of charities and the realities of the sector. "We need to work hard to bring these together by having greater transparency about what we do," he says. "We've got to be better at explaining why we spend money in the way that we do."

But he warns that there could be short-term negative repercussions from explaining how charities spend their money to donors who had always imagined the organisations to be run entirely by volunteers.

"If it's not done well there is a risk that donors will say they don't want to give any more because they don't agree with the way the charity is run," he says. "But I would rather donors were more informed in the long term." To avoid this short-term problem, he says, charities should ensure that they use communications effectively to explain the impact they are having and the efficiency with which they are spending money.

Others, however, believe that charities are already transparent enough. Sir Stephen Bubb, head of the charity chief executives body Acevo, says the sector needs to be careful of falling into a "transparency trap".

"I think charities are actually very open," he says. "We need to be careful that we don't get drawn into an issue that isn't a problem."

But Bubb says it is important that charities improve the way they explain to the public what they do. "We are as transparent as we need to be, but we are not so good at explaining the impact we have," he says.

And, like Etherington, Bubb says there is a gap between perceptions of how charities operate and the reality, partly because charities have not explained to the public what they do very clearly. Many people still think of the sector as largely voluntary, he says.

Christian Aid decided to speak out in response to the furore over executive pay and has experienced some concern from supporters since. The charity put a statement on its website shortly after the Telegraph research was published explaining exactly what its chief executive, Loretta Minghella (right), was paid last year (£126,206) and why. In a note to its supporters the charity also invited them to ask it any "tough questions", supplying them with an email address to do so. Minghella says the charity has received a "mixed response", but she remains certain that transparency is vital for the sector. "I think that if you want people to have trust in your organisation, and charities are funded on trust, then you have to be prepared to answer questions about how you operate."

She says Christian Aid has always been transparent about the salaries it pays executives in its annual reports, which are published on its website, but wonders whether the charity should now consider publishing this information elsewhere too, alongside details of its impact and the complexity of its operations.

Overall, Minghella says, the challenge for the whole sector is to decide whether it is being transparent enough. "I don't think it is helpful to take a back seat at a time like this," she says. "I think every organisation needs to think about whether it is doing enough to communicate with its stakeholders."

Mike Whitlam, specialist adviser at Russam GMS, one of the partners involved in the trustee recruitment organisation Trustees Unlimited, says that trustees should be speaking out about how they manage their funds. Whitlam, who helped to set up Acevo more than 25 years ago, suggests the formation of an umbrella body to represent charity trustees. "There isn't actually an organisation that represents trustees," he says. "Maybe there's a need for one, either on its own or within an organisation like Acevo, so that they can make their views known - particularly since it's trustees that sign off the accounts."

Overall, he says, the sector should be doing everything possible to be transparent. "I've been working in the sector for 40-odd years and my position on this has not changed in that time," Whitlam says. "We have a duty to let our donors and beneficiaries have as much information as possible so they can see we are using funds in a way they would expect."

WHAT THE REGULATOR SAYS 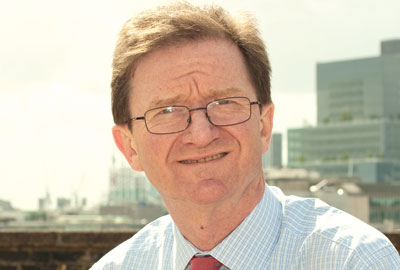 'Some charities let the sector down' - Sam Younger (right), chief executive of the Charity Commission, says there is "definite room for improvement" on transparency.

"Sadly, some charities let the sector down by failing to meet even the minimum reporting standards," he says, referring in particular to submitting annual returns and accounts, which are publicly available on the online Register of Charities.

But Younger says the commission wants charities to go beyond this legal minimum when explaining their expenditure and achievements. "It's also about a commitment to demonstrating accountability and helping the public understand what a charity achieves with its resources," he says.

Sometimes, he says, this can mean tackling difficult issues head on. "For example, explaining why the appointment of a new chief executive at a competitive salary, or a project requiring extensive travel, is in the best interests of the charity and its beneficiaries, before being challenged on it," he says.

Younger says that if trustees cannot explain their decisions to the public they should not be surprised if they receive criticism.

"Charities that take transparency seriously and get their messages across effectively stand to benefit from increased support, and those failing to do so risk undermining public trust in the sector as a whole," he says.

- Read other stories on charity pay by visiting our Big Issue