Kaye Wiggins assesses four key sections of the long-awaited ruling and finds that it upholds the legal principles put forward by the Charity Commission while finding fault with some of its guidance. In a related article, we look at what the decision means for the main players - and for the continuing political debate on the charitable status of private schools

Charity lawyers have spent the past week poring over the landmark decision by the Upper Tribunal on the controversial issue of private schools and public benefit. Since the Charities Act 2006 was passed, all charities - including the 980 charitable private schools that are members of the Independent Schools Council - have had to show that they provide a "public benefit". 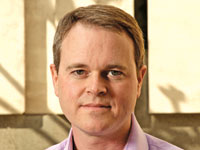 The ISC, led on this issue by its deputy chief executive, Matthew Burgess, has long objected to the way the Charity Commission has interpreted this law and claims the tribunal's judgement was a victory for its view that the regulator had been too prescriptive about what schools must do to offer a benefit.

But the commission, whose head of legal services is Kenneth Dibble, says the decision "agrees with our interpretation of the law on the key issues". It points out in particular that the tribunal's judges did not agree with the ISC's argument that the fact that independent charitable schools provide education to 5 per cent of all school pupils is a sufficient public benefit in itself.

A close reading of the decision shows that it is not a clear-cut victory for either side, but a more nuanced picture that partially vindicates both of them and raises as many questions as it answers.

In its application for a judicial review of the Charity Commission's position, the ISC said that a charity must offer its benefits to, or seek to assist, "the community or an appreciably important class of the community".

The ISC said 5 per cent of all schoolchildren went to charitable fee-charging schools. "It is clear that, in any normal case, those who are able to pay a school's fees will constitute a sufficient section of the public," it said. "There is no requirement for the benefits of a fee-charging charity to be made available to those who are unable to pay."

In a key passage, the tribunal concluded that "in all cases, there must be a benefit for the poor that is not de minimis or merely token".

Its decision said: "The actual exclusion of the poor, other than temporarily, is not permitted. It is not enough that they are merely objects of the trustees' discretion."

It said that a charitable organisation that in practice excluded the poor was still a charity, but it would have to "make some provision for the poor to pass the de minimis hurdle". 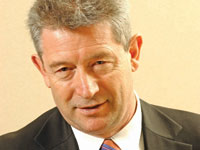 It said an organisation that, as part of its objects, explicitly excluded the poor could not be a charity. To explain this, it said: "There is no case that decides that point, but we consider it is right as a matter of principle, given the underlying concept of charity from early times."

The tribunal also ruled, however, that as long as a charity offered benefits to the poor that went "beyond the merely de minimis or token", there was no further obligation to give the poor the opportunity to benefit.

This is a blow to the ISC. The tribunal has overruled one of its key contentions. It is a vindication of the Charity Commission's stance that charities must not exclude the poor from the ability to benefit.

But it will introduce a new dilemma for trustees, because there is no definition of what constitutes a benefit that is more than "de minimis or merely token". Any allegation that a school is not providing this level of benefit will have to be investigated by the commission.

What should the benefits be?

It contended that the commission's approach was wrong in law "insofar as it entails that direct benefits are more important in any assessment of public benefit than indirect benefits".

It said that in determining a charity's public benefit, "the primary focus must be on the direct benefits it provides". It said: "Scholarships or other forms of direct assistance to students are therefore important."

It also said arrangements by which local state school students could attend classes or by which independent schools shared with state schools their teachers, teaching facilities, teaching materials or sports facilities could also be taken into account in assessing public benefit.

The judges ruled, however, that sharing sports facilities with the community as a whole could not be taken into account in this context.

The ISC has long argued that the commission has placed too much emphasis on the provision of bursaries as a way of demonstrating public benefit. It hoped the ruling would establish that schools could demonstrate a public benefit by offering wider benefits, such as allowing local state schools to use their facilities, rather than by offering direct financial help. The ruling does not go this far, stressing that bursaries are important but adding that wider benefits can be considered.

Who should decide which benefits to provide, and how?

It said that schools should not exclude people in a way that was "capricious", but the commission had gone too far because it had created a system in which it decided what was a reasonable level of benefit for those who could not afford the fees. The regulator was "impermissibly usurping the decision-making role of the trustees", the ISC said.

The decision said the judges had taken the commission's guidance to mean that it required "provision of a level of benefit that the Charity Commission or the court considers to be reasonable". It said this went beyond "that which it is necessary for the benefit to be more than simply a token benefit".

It said that, in the judges' view, this level of benefit should not be a requirement. "There will be one or more minimum benefits below which no reasonable trustees would go but, subject to that, the level of provision and the method of its provision is properly a matter for them and not for the Charity Commission or the court," it said.

"It is for the charity trustees of the school concerned to address and assess how their obligations might best be fulfilled in the context of their own particular circumstances."

This is a victory for the ISC's argument that the commission has taken too active a role in deciding whether fee-charging schools were doing enough to provide a public benefit. The commission has always said that it is for trustees to decide how they should provide this benefit, but in practice this decision will be seen as giving trustees more freedom to make their own decisions, without worrying about the involvement of the regulator.

Principle 2c of the commission's guidance says "people in poverty must not be excluded from the opportunity to benefit".

The ISC argued that this principle, as the commission intended it to be understood, was "unsupported by authority".

The ISC also claimed that principle 2b - that "where benefit is to a section of the public, the opportunity to benefit must not be unreasonably restricted" - was wrong in law "insofar as it entails that direct benefits are more important in any assessment of public benefit than indirect benefits".

It said the commission's reference to benefits being "unreasonably restricted" by ability to pay was erroneous, because it implied that a school must provide "reasonable" benefits to those who are unable to afford the fees.

"It is not a question of reasonableness," the decision said. "It is a question of the proper exercise of the trustees' powers. For those reasons, we conclude that principle 2b is wrong."

The decision said principle 2c overlapped with 2b and, in the formulation set out in the guidance, was also wrong.

It said various sections in the commission's guidance document, Public Benefit and Fee Charging, were based on those principles and were also "obscure or wrong in a number of respects". It said the two principles, and guidance that flowed from them, should be corrected.

The ISC claims this is a major victory over the commission, but the regulator says it is only a technical matter, and that it will be happy to rewrite the guidance.

The extent to which the guidance will have to be rewritten is yet to be decided, because the tribunal has asked the two parties to agree this between themselves. If no agreement is reached on which sections must be rewritten, the matter will be brought back to the tribunal.

To this extent, the case, which was heard in May, is not yet over.

Read about what the Upper Tribunal's rulling means for the sector