There is increasing evidence that people who give online are less likely to use Gift Aid. Jenna Pudelek looks at the potential remedies and whether they are likely to feature in next week's Budget

One of the key trends in the sector in recent years has been the growth of digital giving - the emergence and expansion of online fundraising platforms that aim to offer users a one-click, frictionless way to donate. The UK Giving 2012 survey by the Charities Aid Foundation and the National Council for Voluntary Organisations found online donations to be 7 per cent of the total, nearly double the figure for 2009/10. The figure for text donations last year was 1 per cent; in the previous three years it had been less than half of 1 per cent.

But the rise in mobile and online giving has brought increasing concern that digital donors are not making Gift Aid declarations. The requirement for donors to fill in a form each time they give, including their name and postcode, so that the charity can claim the tax relief applies to digital donations just as it does to paper donations - and many in the sector believe this extra step is not being taken by people when they make a spontaneous donation online.

Marcus Kern, vice-president of Velti, the technology provider for Just Text Giving, the text donation service created by Vodafone and JustGiving, says the take-up of Gift Aid is four to fives times smaller on mobile platforms than with more traditional methods. "A lot of donors will not necessarily complete a follow-up step," he says.

There is evidence that, in general, the proportion of donors using Gift Aid has fallen: UK Giving 2012 reported a fall from 42 per cent in 2010/11 to 39 per cent last year, the first such drop since the survey began in 2005. Instances where Gift Aid was not used were mainly concentrated among those making donations of less than £25, and while it is unclear what proportion of these were digital gifts, many fundraising campaigns make text-to-donate 'asks' of £3 to £5.

Many in the sector feel the solution lies in enabling donors to make one, universal Gift Aid declaration that applies each time they donate and can be used by any charity. But this raises questions about how charities and giving platforms would share the declarations and concerns that it might not work as methods of giving evolve. The ultimate goal would be to have a central database of donors' universal declarations, which charities could access. But this might cause security problems and raises the question of who should host the database and hold responsibility for taxpayers' details.

In its autumn statement last year, the government acknowledged these difficulties with Gift Aid and set out to look at how it could be improved so that it works better with modern giving platforms. Many observers predict there will be an announcement about this in the Budget next week, but it remains to be seen whether this will involve a commitment to allowing donors to make a single declaration, or will consist of more investigation and consultation.

In its pre-Budget submission, the Charity Finance Group asked the government to work with the sector to bring in legislation that will allow donors to make one declaration that would apply on an ongoing basis to a specific digital giving platform. But Jane Tully, its head of policy and public affairs, acknowledges the difficulties.

"This is a really challenging area for government to address," she says. "Technology is changing so rapidly and what is appropriate for one platform is not necessarily going to work for another way of giving." 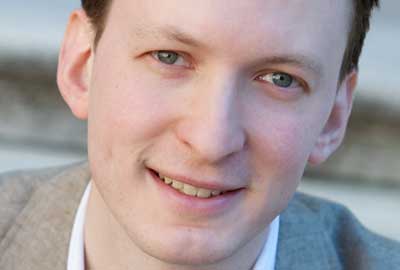 Nick Aldridge (right), chief executive of the Paypal Giving Fund, formerly MissionFish, has been calling for the government to allow donors to make a single declaration, which would not have to name the benefiting charity, ever since the consultation on the government's Giving Green Paper at the end of 2010. He says this first step in modernising Gift Aid could be introduced by ministers using their existing powers, without the need for primary legislation. "This is just my hope," he says. "But from discussions, the signals seem to be that we might well get something announced in the Budget that will move this kind of agenda forward."

Once the rules were changed, he says, platforms such as JustGiving and Virgin Money Giving could move to collecting one declaration per donor, rather than for every donor-charity combination. PayPal, he says, could collect a single declaration from each user and pass it to every charity the donor gives money to through the online payments firm. This would remove the need for some small charities using PayPal to set up their own Gift Aid declaration process.

"It removes one big problem, but there is still a question of how to collect the single declaration in the first place," says Aldridge. "Once it is possible to do this, it could lead to interesting discussions between the payment platforms and charities about whether they could share the declarations, and how."

CAF is also is favour of a universal declaration. Hannah Terrey (right), its head of policy, is hoping the government will announce some solid proposals to put out for consultation. "A lot of the barriers in Gift Aid are about the additional onus on the donor," she says. "With a universal system, the donor would give the declaration once, coupled with a very simple identifying process - it could be your mobile telephone number, email address, or both. It would be a central system that donors could manage themselves."

Karl Wilding, head of policy and research at the NCVO, is concerned that any changes made now could quickly become outdated, given the speed at which giving platforms and mechanisms that enable social action are being created. "You have to be realistic - there are no quick fixes," he says.

The charity sector has been campaigning for tax breaks for social investment for several years, and last year's Budget promised "an internal review looking into the financial barriers to social enterprise".

Since then, representatives from sector umbrella bodies have met government officials to help them with this review, and there is cautious optimism among them that something concrete will happen in this year's Budget.

The potential value of any changes is significant. A report by Big Society Capital and the City of London Corporation last week estimated that extending existing tax reliefs for venture capital and philanthropy to social investment could generate up to £480m of new social investment over the next five years.

The National Council for Voluntary Organisations has called for changes to three existing tax reliefs to help encourage more social investment. One is Community Investment Tax Relief, which was introduced by the Labour government 10 years ago, but is little used because it is too restrictive.

The other two are tax reliefs for investing in small companies - the enterprise investment scheme and venture capital trusts, which the NCVO wants to be modified so they can be used by social investors.

Charlotte Ravenscroft, policy manager at the NCVO (right), says: "We want to see a levelling of the playing field for social investors so they can take advantage of the tax reliefs already available to mainstream, commercial investors."

- Read David Ainsworth's analysis on what the Budget might bring