Analysis: Will wealthy donors be put off by Osborne's surprise?

An unexpected move in last week's Budget was the decision to cap tax reliefs on giving. David Ainsworth assesses the reaction

In last week's Budget, the government announced an out-of-the-blue measure that is being seen as a potentially serious roadblock to its stated ambition to create a culture of philanthropy in the UK.

The announcement was a cap on tax reliefs for wealthy individuals at 25 per cent of their annual income or £50,000, whichever is higher, from April 2013. The move will affect five reliefs: Gift Aid and its accompanying higher-rate relief, gifts of land and shares, payroll giving and two non-charitable reliefs for business losses and investments.

If the cap works as expected, any individual earning over £200,000 and giving just under half of their taxable income to charity will lose out. Those who also claim income tax relief on other things could lose out even if they give considerably less.

The government estimates this policy change means it will have to pay £490m less in tax relief in 2014/15. Of this, it is not yet clear how much will come from charity donors and how much from those claiming reliefs relating to business losses. 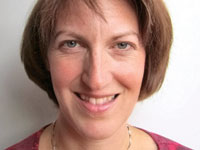 The largest problem is likely to be for individuals receiving one-off windfalls who decide to set up charitable foundations, according to Beth Breeze (right), a researcher in philanthropy at the University of Kent, and the author of a report on million-pound donors in the UK.

She says the cost of setting up a £1m foundation could rise from £500,000 to £750,000 for a donor who gives his or her entire annual income. Breeze says she has already heard about one donor who decided not to make a donation of £5m because of the new rules.

Another issue is the principle the government has espoused with the new cap. Both the Treasury and HM Revenue & Customs have made it clear that donors should expect to pay tax on money they have given to charity. Spokespeople for both agencies have repeated exactly the same sentence: "Giving shouldn't mean you pay no tax."

But Chris Lane, a policy officer at the Charity Tax Group, says this is exactly the principle charities should oppose. "People should not have to pay tax on money they have given away for the public benefit," he says.

The decision to impose the cap is seen as particularly surprising in the light of the range of measures to encourage giving announced in last year's Budget, including waiving the need for Gift Aid forms on up to £5,000 of small donations and a 10 per cent cut in inheritance tax for people leaving at least 10 per cent of their estates to charity.

The net result of the two successive Budgets has been a reordering of priorities. Giving a little has become easier; giving a lot has become harder. Giving half your income after death is now cheaper; giving it while you are alive is now more expensive.

The new cap also reflects the different priorities in different government departments. While Number 10 and the Cabinet Office have introduced measures to encourage large-scale philanthropy, the Treasury appears to be suspicious about tax breaks for giving, both in terms of their effectiveness and their potential for fraud.

Karl Wilding (right), head of research at the National Council for Voluntary Organisations, says he is surprised that the government, having spent so much time promoting philanthropy in the UK, would introduce a measure that is so obviously likely to reduce it. "They're sending totally the wrong message," he says. "It's the opposite message to the one of the past two years."

The sector is now gearing itself up for a lobbying campaign to have charitable reliefs exempted from the new cap. Already the NCVO, the chief executives body Acevo, the Charity Finance Group, the Charity Tax Group, the Institute of Fundraising and the Charities Aid Foundation have written to the Chancellor asking for a meeting.

The Treasury has conceded that, if the cost of giving rises, it is inevitable that people will give less. However, one problem the sector faces is quantifying exactly how much less. 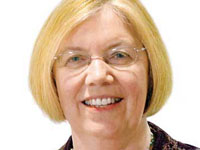 Cathy Pharoah (right), professor of charity funding at Cass Business School, says there is little data on how many donors give more than a quarter of their income each year, or how much an increase in the cost of giving affects people's tendency to donate. She says it is not easy to measure why people decide not to give. "There is no data on the elasticity of giving, but the overall effect will be negative," she says.

Another problem, according to Katherine Smithson, a policy officer at the Charity Finance Group, is the complexity of the relief. "This measure will make tax-effective giving much less attractive and much more difficult," says Smithson. "It's likely to be extremely complex. Many of these donors won't even have a clear idea of what their income is."