Do apprenticeships help people into work?

Keith Mogford, chief executive of the agency Skills - Third Sector, has developed apprenticeship frameworks to give people a start in volunteer management, fundraising and campaigning. There have been mixed results, as Sophie Hudson finds out

A review of skills and leadership in the voluntary sector published in May concluded that one of the main areas charities needed to work on was the recruitment and retention of talent - particularly young talent.

The review, commissioned by the Cabinet Office and led by Dame Mary Marsh, found the sector lacked "clear entry points" and recommended that more apprenticeships be developed.

But before these findings were published, work had already begun in this area, spearheaded by Skills - Third Sector, the sector's skills agency. During 2011, with the help of some working groups, the charity developed apprenticeships in volunteer management, fundraising and campaigning.

Keith Mogford, chief executive of Skills - Third Sector, says take-up of the apprenticeships has been "quite good, but could be better". According to the most recent data from about six months ago, there have so far been about 200 volunteer management apprentices and about 40 people on the fundraising framework - but no one has yet enrolled on the campaigning apprenticeship.

"The feedback we're getting from campaigning charities is that they're almost always looking to recruit graduates who are politically active, and they don't see campaigning as a role appropriate for school leavers. I think it's a missed opportunity because it's possible that there are school leavers who engage with campaigns and might be interested in starting a career in charities."

According to Stephen Gardner, chief executive of Fair Train, which approves the training providers that run the apprenticeships, the other two frameworks tend to attract older apprentices.

"The frameworks that have been developed are generally not going to be taken up by 16 to 18-year-olds - especially not volunteer management roles," he says. This is something that should be taken into consideration when updating the content of the apprenticeships, he says.

And what of the apprentices who have been through the programme - are there going to be any jobs for them at the end of their training?

Gardner says it's too early to tell how many apprentices have gone on to find relevant full-time jobs. He says that for people and charities there are strong benefits to doing an apprenticeship rather than another qualification. "There is no better way to learn than to actually do a job," he says. "An apprenticeship blends everything you need to do a productive job and includes transferable skills, such as information technology, which can be important for any future career."

Other apprenticeships that have been available for longer have been able to show more evidence of success. Will Nixon (right) 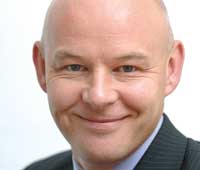 , chief executive of PM Training, which provides about 250 young apprentices a year for social enterprises and small and medium-sized businesses in a range of areas, says that 95 per cent of these were still employed at the end of their apprenticeships, according to an analysis carried out by the provider six months ago.

He joined the centre 11 years ago as a volunteer driver and eventually worked his way up to become transport coordinator four years ago. When Skills - Third Sector launched its apprenticeship frameworks in 2012, one of Gunn's managers mentioned the volunteer management apprenticeship to him, saying it could be useful training in how to manage volunteers better at the centre.

"I thought the training would help to improve my people management skills and give me useful training in the laws involved in managing volunteers," he says.

Gunn says that although he found the apprenticeship did help to improve his knowledge, much of the content - especially the maths, English and IT skills - was aimed at school leavers.

"I'm 36 years old and in a job, so some of the content was not suitable for me," he says. But he says the on-the-job training, which made up the majority of the apprenticeship, was more useful. "It's helped me to be better at things such as conflict resolution," he says. "Since finishing the apprenticeship I've stayed in the same role at the centre, but I am now looking at taking on more responsibility in the department."