Can the arts survive the cuts?

The recent comprehensive spending review set out plans for big reductions in government spending on the arts. Femke Colborne finds out how arts charities plan to find other sources of funding

Earlier this year, alarm bells started ringing at arts organisations when Jeremy Hunt, then the shadow culture secretary, started talking about a "US-style culture of philanthropy". Four months later, in his inaugural speech as a government minister, he spoke of a "cultural shift", how too many cultural bodies were dependent on public subsidy and why that would have to change. It's a change the recent government spending review is calculated to enforce.

Most arts charities in the UK rely on a 'tripod economy' of income sources - public funding, earned income from box office or ticket sales and private investment, including individual giving.

In 2008/09, private investment accounted for 15 per cent of income in the arts, with individual giving making up just over half of this figure - about 8 per cent of the arts' overall income. The picture in the US is different - US arts organisations get 43 per cent of their income from private sources and 31 per cent from individual donors.

Two main reasons have been cited for this difference. First, there is an entrenched moral belief in the US that if you do well, you give back to society. And second, the tax system in the US makes large donations more attractive - for example, American donors get to keep the tax relief on their gifts, whereas in the UK it usually goes to the charity.

According to Alan Davey, chief executive of Arts Council England, there are downsides to the US model. "The dominant influence of wealthy donors can create a tendency to conservatism in programming, leading to a lack of exciting new work in some art forms," he says. 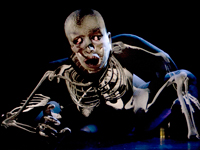 Another problem, he says, is that the US model favours larger organisations. "Private giving is not spread evenly across the UK," he says. "Eighty-two per cent of individual giving to the culture sector was in London last year, no doubt because our largest national companies are based there. An over-reliance on philanthropy would seriously endanger our unique national arts ecology, with larger flagship organisations benefiting disproportionately at the expense of the new, the challenging and the experimental."

But the funding landscape is going to change as public spending declines. Arts Council England, for example, has had its budget cut by £100m over the next four years. "The cuts are coming," says Philip Spedding, senior manager for international and individual giving at Arts & Business, which nurtures relationships between the arts and private donors. "It's now about how arts organisations can survive going forward - they need to bring a bit of imagination to the table."

Recommendations for the arts

In March, Arts & Business published its report, Private Sector Policy for the Arts, which contained five recommendations for the arts sector. These included tax reforms, a legacy campaign and a challenge fund to stimulate individual philanthropy. The Big Arts Give is being run as a one-year pilot with an initial fund of £500,000, supplied in part by Alec Reed, founder of the website The Big Give.

Arts & Business published another report last month called Arts Philanthropy: The Facts, Trends and Potential. The summary is not terribly optimistic: "It is clear that the private sector and philanthropists in particular will not be able to fill this funding gap because a) the gap is too large and b) some major philanthropists themselves have said that they are not inclined to give more."

However, noting that individual giving is currently received by only 52 per cent of the sector, the report says there is potential for organisations of all sizes to increase income from this source. According to Theresa Lloyd, a consultant and author of the book Why Rich People Give, arts organisations that succeed in attracting high levels of individual giving have three important things in common. "First, a very clear case for support that makes it absolutely evident what they are doing, why it is different and why people should give them money," she says. "Second, the commitment of the whole organisation to raising money. It's not just about appointing a fundraiser and then leaving them to get on with it. People who support the arts want to meet the artists and be involved; they want to meet the singers or the actors and go behind the scenes. Too few organisations understand that the relationship with the donor should run through the whole organisation.

"The third thing is investment. Few organisations are prepared to invest enough in fundraising. Successful organisations always have an adequately resourced development office. For a small organisation, that might be only one person - but you have to have good materials and a framework for entertaining. If those three things are in place, the rest will follow."

Although individual giving to the arts has risen consistently for most of the past decade, it dropped by 7 per cent in 2008/09. But English National Opera has bucked this trend, and has increased individual giving by 58 per cent since 2004/05. According to Loretta Tomasi, the charity's chief executive, this is largely due to the introduction of targeted schemes offering donors specific benefits. Examples include the Music Director's Circle, whose members commit a set sum of money over three years and are given special access to the music director through events such as private dinners and talks, and the Women and Opera programme, which supports the work of women in areas such as directing and set design. 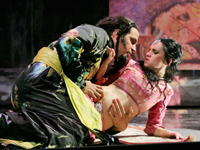 "Explaining to people what difference their money can make is becoming increasingly important," says Tomasi. "It's important to recognise donors and make them feel they are part of something. You don't give to the arts unless you feel you are part of it - that you are recognised and important."

One area of huge untapped potential for the arts is legacy giving. According to a report published by Legacy Foresight earlier this year, fewer than one in five arts charities currently has a legacy programme in place. This has to change, according to Philip Spedding of Arts & Business. "The baby boomers are dying and there is likely to be the biggest transfer of wealth from one generation to another we have ever seen," he says. "Every arts organisation should have a legacy programme. It's a relatively easy thing to put in place."

Some cultural bodies in the UK run 'friends' and membership schemes - in fact, they account for 48 per cent of individual giving in the arts. And with only 32 per cent of arts organisations currently operating such schemes, this is also an area for potential growth. "Most of the people who will give you money are already coming in through your door," says Spedding. "They might find it hard in some areas to make a significant contribution, but look at those people coming in through your door and think about how they could support you - start with the customers."

The worst thing arts organisations can do, says Spedding, is to cross their fingers and hope for the best. "A sensible arts organisation should look seriously at how it can go out there and raise the money," he says. "Even if you discover that it's not possible, at the very least you can then show funders that you've made a serious attempt."