After BeatBullying, is more guidance needed on being a 'going concern'?

BeatBullying was deemed a going concern, meaning that it should be able to operate for the foreseeable future, but came to grief a few months later. Sam Burne James reports

The collapse of BeatBullying, a much-lauded charity that went into liquidation in November 2014 owing more than £1m to creditors, was a shock to many. Since the news broke, various people have asked why the charity's 2012 accounts, which were signed off in January 2014, were prepared on the basis of it being a going concern - meaning that it should have been able to operate for the foreseeable future.

Martin Crewe, a director at Barnardo's Scotland, says there are parallels between this case and that of One Plus, a childcare charity in Scotland that in 2007 went into liquidation after several years of growth. In a letter to Third Sector published last month, Crewe wrote: "One of the big questions in both cases is how auditors gave clean bills of health. Maybe what we need is stronger guidance from regulators on what it means for a charity to be a going concern." A 2008 report by the Office of the Scottish Charity Regulator - when Crewe was on the OSCR board - noted a lack of financial management skills on the One Plus board. 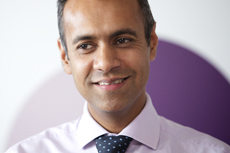 Charity accountants welcome the call for more guidance and say more awareness is needed of what it means to declare yourself a going concern. Subarna Banerjee (left), an audit partner at the accountancy group UHY Hacker Young, says that although auditors are acutely aware of the issues around going concerns, trustee awareness could be improved. "I've sat in meetings where I've explained to clients that it is their duty to confirm their 'going concern' status; they say 'can we rely on you?' and I say 'no, it's your duty under law'," he says.

Banerjee says charities should be particularly aware of a number of issues. Have you broken any covenants on debt with a bank? If you have, they can be called in at any time, which means you cannot be considered a going concern. Are there any contingent liabilities, such as a claim being made against you for which you aren't insured? And are you committing to too many expenses? He suggests this last is what happened in the case of BeatBullying.

Banerjee says it would be useful to have better guidance from the Charity Commission, but given the regulator's well-publicised lack of resources, this might not happen soon. He agrees with Peter Gotham, head of not-for-profit at the accountancy firm MHA MacIntyre Hudson, that useful guidance, albeit not specific to the charity sector, is already available from the various accounting regulators and bodies. But Gotham is less convinced of the need for new guidance from the charity regulators. "I'm always cautious about reinventing the wheel," he says. He agrees, however, that increased awareness would be helpful.

Nick Sladden, head of charities at the accountancy firm Baker Tilly, says the commission appears to be of the same view. "Commendably, the Charity Commission has publicised the issue by virtue of asking trustees to consider the risks of net current liabilities in its latest newsletter," he says: he is referring to a recent review of accounts by the commission, in which it found that more than two in five of a sample of charities with net current liabilities had failed to explain the issue in their annual reports.

Despite this review and the usefulness of the Financial Reporting Council's 2009 guidance for companies, Going Concern and Liquidity Risk, Sladden says he would welcome new guidance. "Ideally, the charity sector would have its own equivalent of the FRC guidance," he says. "This would provide trustees with examples of how to tackle the issue rather than relying on a corporate equivalent."