Becoming an approved supplier for a multinational company can be the making of a social enterprise, bringing with it the larger scale of contracts that smaller organisations need.

But securing a place on a large firm's roster of suppliers can be a real challenge. First, many major companies are reluctant to give out the details of their procurement teams because they fear they'll be inundated with sales calls, which can make it nigh on impossible to reach the decision-makers. Second, bigger companies will tend to have built strong relationships with their suppliers over a number of years and might not want to expand their range of providers.

In April, the government and the membership body Social Enterprise UK launched the Buy Social Corporate Challenge to help social enterprises secure more contracts with large companies. It set a target for corporates of spending £1bn with social enterprises by 2020. Companies that have agreed to take part so far include the support services firm Interserve, the healthcare product manufacturer Johnson & Johnson and the construction firm the Wates Group.

Charlie Wigglesworth, director of business and enterprise at SEUK, admits that the overall £1bn target is ambitious but believes it can be achieved. "The figure is based on years of work with partners such as Johnson & Johnson," says Wigglesworth. "That company alone will spend between £35m and £40m with social enterprises by 2020." 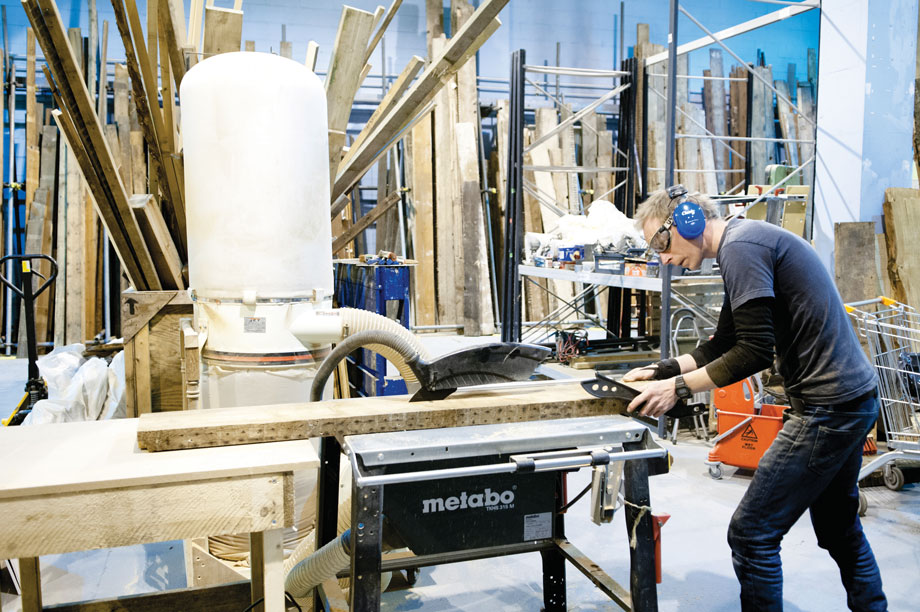 Oates says: "Right at the start of the process we ask the companies bidding for contracts which social enterprises they work with or if they have contacted any social enterprises about getting involved in this opportunity. We also look at things like who we do the cleaning with and if we have the opportunity to employ professional labour or tradesmen through a social enterprise employment agency."

Social enterprises to have benefited from this policy include Spotless Recruitment, an employment agency that supplies construction staff to Wates, and Community Wood Recycling, which has recycled timber from 88 of Wates's construction sites since 2010. Both have now been granted preferred-supplier status by Wates.

Oates says that because the company has a turnover of £1.3bn a year there's room to grow the initiative even further. For example, Wates spends about £40m a year with some companies in its supply chain, and Oates sees potential in encouraging these providers to use more social enterprises as part of their supplier agreements. But he says one obstacle is the lack of social enterprises: their numbers continue to grow, but many are small, relatively unknown and unable to take on larger contracts.

Nevertheless, says Oates, Wates is actively seeking them out. "As long as they have gone through a validation process and they're competitive with commercial organisations, our teams are up for engaging them," he says. "We are always looking for new social enterprises."

Wates has set itself an internal target to trade £20m with social enterprises by 2020, which it will monitor using its monthly spend reports. It has also set up a network of 20 champions across its business to drive the initiative regionally. "We set annualised targets for our businesses, broken down into regions," says Oates. "We also have support at board level."