The trust does not want to be seen as a bail-out funder, its chief grants officer tells Sophie Hudson

The City Bridge Trust dates back to the 11th century, when it was set up to support repairs of London Bridge, which was then made of wood.

The fund, which is now worth £800m, was gradually accumulated from rents and fares charged to shops and houses on the bridge, and transport travelling under or across it.

Since then, it has taken over full responsibility for four other London bridges - Blackfriars, Southwark, Tower and the Millennium Bridge - and surplus money that is not spent on their maintenance is used to support charities in London. 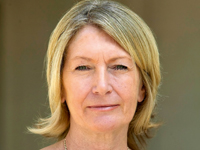 Clare Thomas, chief grants officer at the trust, says it usually gives out just over £15m a year in grants: this year it will be about £16m. Since it began making grants in 1995, it has awarded 6,183 grants totalling more than £251m.

The City Bridge Trust has wide-ranging priorities, but its overall mission is to address disadvantage. It has always been happy to fund core costs, for which there is a constant need in the sector.

Thomas says the trust has decided against setting up an emergency funding programme over the past few years, despite the economic climate.

"We can't be seen as a bail-out funder," she says. "It would mean that existing work where we have built up expertise would go out of the window and we would lose our focus."

She says it is very important in these difficult times that trustees plan for various financial scenarios, and that the trust is far more positive about funding charities that do so.

"It makes me feel more confident that the board is not just leaving things until the last bit of funding dries up," she says. "It makes me think that this is a responsible board that takes its duties seriously."

The trust takes a transparent approach to awarding its grants, with trustees making funding decisions in public. It releases instalments of its grants every quarter, a practice that began about eight years ago.

"Should the organisation get into a financial mess, we haven't released all of the grant at once," says Thomas. "It's important during the recession that we do this."