Nigel Doughty, co-founder and co-chairman of Doughty Hanson, one of Europe's largest venture capital groups and owner of Nottingham Forest Football Club, channelled a lot of his philanthropy through two quite different foundations.

Through the firm, he set up the Doughty Hanson Charitable Foundation 12 years ago. This trust tended to support charities with which staff at the company had a relationship. A percentage of the company's profits was set aside each year to go towards these grants. Doughty said the grants varied from about £10,000 to £40,000 and the foundation gave grants to about 20 to 40 charities each year. 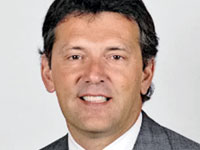 Separately, Doughty and his wife Lucy set up the Doughty Family Foundation three years ago. He said one problem early on was that it spread itself too thinly. So they concentrated funding in two geographical areas: Nottinghamshire, where Doughty is from, and the Dominican Republic, where his wife's family has had connections. Since then, grants included funding for hospitals in both Newark in Nottinghamshire, and Santiago in the Dominican Republic.

Doughty said the foundation was always being approached by charities for funding, but was somewhat critical of the way some went about this.

"The worst approach from a charity is just sending a begging letter," he said. "The best approaches are where people get you involved and sell the concept. It's about having more of a marketing approach, rather that hoping a letter will land on a desk at the right time."

He said this was going to become increasingly important in the current economic climate, when there is an increasing amount of pressure on private donors.

Doughty also emphasised the importance for charities to measure the impact of activities for which they received funding. He said an organisation would receive some money towards a project, but would need to meet certain benchmarks to get the rest of the grant. "What gets measured normally gets improved - that's our motto," he said. Sophie Hudson

- This interview took place before Nigel Doughty passed away on 4 February.