Georgina Naylor, director of the trust, tells Chloe Stothart that it often tries to back hard-to-fund causes

From funding the precursor of the Arts Council to commissioning a seminal study of the effects of unemployment during the Great Depression, the Pilgrim Trust has put its cash into unusual endeavours.

The trust has an extraordinary history to match. Founded in 1930 by the American philanthropist Edward Stephen Harkness, it has been chaired by a former prime minister, Stanley Baldwin, and the preamble to its trust deed was written by John Buchan, the author of The Thirty-Nine Steps.

The trust deed says its grants are to assist with Britain's "more urgent needs" and "promoting her future wellbeing". The trustees at the time interpreted this as preserving Britain's heritage and dealing with poverty and unemployment.

Today, the trust has narrowed its focus to projects on drug and alcohol or women prisoners, and the conservation of historic buildings, artefacts, books and recordings. It reassesses these priorities every three years: the next review will take place next year.

Georgina Nayler, director of the trust, says she does not know what the trustees will decide to focus on next - they might retain the same objectives - but she thinks the prevention of social problems in childhood is an area worthy of funds.

As well as fitting the subject areas currently funded by the trust, she says, applications need to identify a problem, articulate a solution and show the project is sustainable and the organisation well managed. In 2011, the trust made 81 grants totalling just under £2m from its fund, which is worth about £56m. 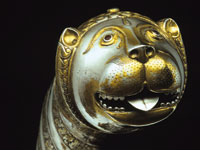 Recent grants include £15,000 to the museum the Wallace Collection, to catalogue and research its oriental armour collection, and £30,000 to the Prisoners' Advice Service, to employ a women's case worker.

Nayler says the trust often tries to back hard-to-fund causes that are overlooked by other funders. "It can be difficult to fund cataloguing and research into collections," she says. "In the past few years it has been all about developing new audiences, forgetting that you cannot do that unless you know what you have in your collection."