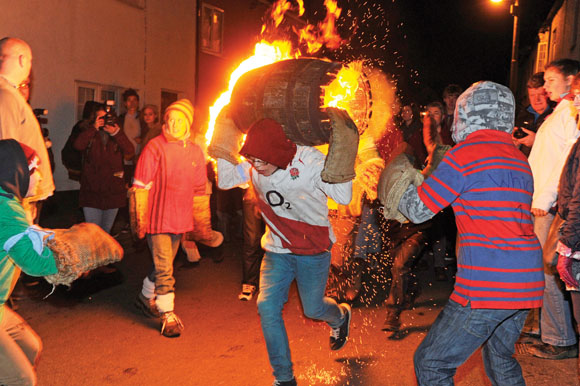 A young lad carries a burning barrel soaked in tar on 5 November as part of the of the annual Ottery St Mary Tar Barrels event, which raises money for local charities. The tradition, which is believed to have its roots in the 1605 gunpowder plot, involves local people carrying 17 flaming barrels of varying sizes around the Devon town. The barrels are set alight at public houses and hotels before the final barrel is carried into the main square at about midnight. 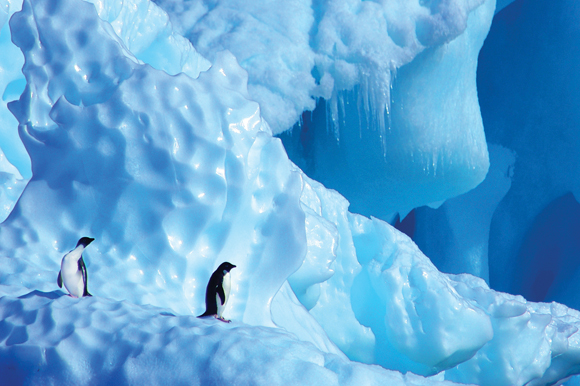 WWF is hoping that many Adelie penguins, such as the two pictured here, will benefit from its partnership with John Lewis. Profits from sales of the single heard in the retailer's Christmas advert - a cover of John Lennon's Real Love by Tom Odell - will go to WWF's Adopt a Penguin scheme, which aims to protect the birds' Antarctic home. Adelie numbers are falling because climate change is reducing sea ice, says the charity. 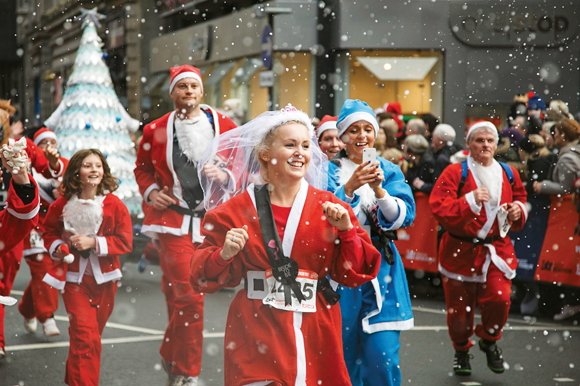 Cash for Kids, Claire House Children's Hospice, Everton in the Community, Jospice and the Roy Castle Lung Cancer Foundation are the five official charities of this year's BTR Liverpool Santa Dash, which happens on 7 December. About 10,000 runners are expected to take part in the race, which follows a 5km route around the city centre. Runners are able to apply for a blue Santa outfit if, as in the case of some Everton fans, they are unable to wear the red of their fierce rivals Liverpool.